There is a back log of four book reviews on my mental list of blog posts to write and publish, but with everything that has been going on here since the end of April / beginning of May, I simply have not gotten round to writing them.

Now, to speed things up a little, I have decided to post two reviews in one post:


8) The Widow of Larkspur Inn 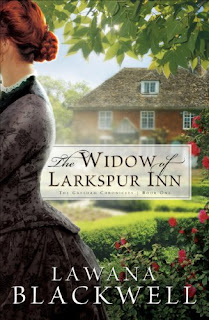 This was a joy to read - I liked the setting, I cared about the characters, plus the writing and editing were really good, too.


Not every reader would appreciate frequent references to God and the Christian faith, but if you do not mind that and are not afraid to read a book that touches on religious aspects, you'll like this one.


The setting is England, the period is the second half of the 19th century.


Julia, mother of three, wife of a surgeon and used to a carefree life in London's society, loses her husband to sudden illness.


When she discovers that he had gambled away all their money, her grief turns into despair - where to live now, and how to provide for her three children?


Of course, as a lady of society, she has never learned to do any work that would pay for their living, and there are no relatives or close friends she can ask for help.


The one asset her husband has left her which is not claimed by the bank is a former coaching inn in a village far from London.


The family has no choice but to move there, and try to make the shabby old inn liveable as a home and profitable as a lodgers' house.


Needless to say that they succeed in both - with the help of a cast of neighbours, new and old friends, and lodgers.


It is interesting to see how they manage to become part of the village, find their lodgers, and slowly but surely the widow drags herself out of her despair.


Not everything goes well at first attempt, of course, but in the end several characters find new hope and even new love.


Apparently, this is only the first book in a series; I found it for free at Amazon's kindle shop years ago.


Although I must say the religious bits were a bit massive at times, I liked this one enough to want to read the next instalment, but so far I have not looked for it.


I did not find a homepage for the author, but here is a little bit about her. 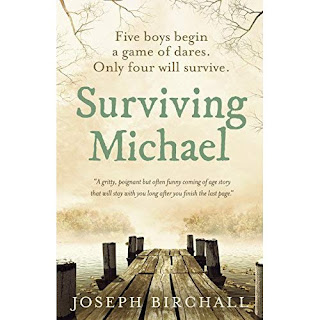 Five friends have just finished school and spend a lazy, sunny afternoon by the lake.


Only four of them return home that night.


15 years later, they still see each other more or less regularly. They never talk about Michael's death, but meet on its anniversary every year.


Their lives have taken them in very different directions, but that afternoon by the lake has left its mark on each of them.


Each of them has tried to find a way to cope with what happened back then, with various degrees of success.


Now one of them suggests a course of action to reach closure and enable them all to finally get on with their lives.


The others agree, and a chain of events starts that ends in drama... and a glimmer of hope.


Even though not everything about this book met my taste, it was a good read. The stories of the four young men were holding my attention, and I wanted to read on and find out what was going to happen next.


Don't read this book if you can't stand frequent use of the f-word; the book would have been very readable without all of that, but it matches the characters and their ways of life.


Each chapter is told from one of the four men's perspectives, and the author has brought their characters to life.


I have never heard of this writer before; it was a free ebook (surprise!) at Amazon's kindle store. There is a little bit about him here on his author's page at Amazon.
Posted by Librarian at 07:30