It is Maria Pia's birthday, and Brigitte and I would have politely gone out for the evening if it had not been Maria Pia herself to insist that we stay for her little gathering of friends and meet everybody.
Don't ask me how old she is on this October day in 1987; she can't be 30 yet, as it would be highly unusual for someone like her to still live unmarried, sharing a flat with other girls, but she surely must be at least 25 to have already landed a prestigious position as a valued teacher at one of Catania's private schools.
Her being one of the most beautiful women I have ever seen makes it even more difficult to estimate her age.
(For an introduction to Maria Pia, read here: http://librarianwithsecrets.blogspot.com/2010/05/off-to-catania.html)

I am quite sure that Brigitte and I venture out to the shops to buy a small birthday present for her, but I absolutely can not remember what it is.
By the time we get back to the flat, preparations are in full swing, and when Maria Pia emerges from her room, she looks absolutely perfect in a very classy little black dress, her hair beautifully done without being too elaborate (she does not need elaborate to look great), and wearing a timeless single string of pearls with the dress.
These pearls, much admired by us and the other girls, are her fidanzato's birthday gift, she informs us. 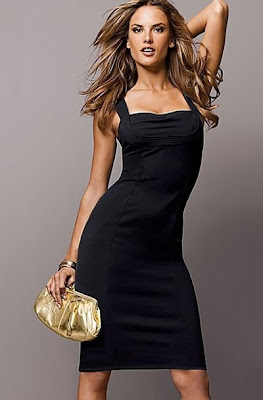 (Of course this picture is not really Maria Pia, but it gives you quite a realistic idea of what she looked like back then)

We help in placing every chair we can find in the flat and on the balcony into the biggest room, set the sweet snacks - some of them home-made, others bought - on some small rickety coffee tables, and wait for the guests.

Until then, I was not familiar with typical Sicilian sweets, but today I learn about pan di spagna, pasta di mandorle and torrone. 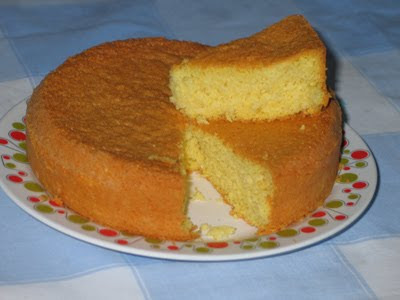 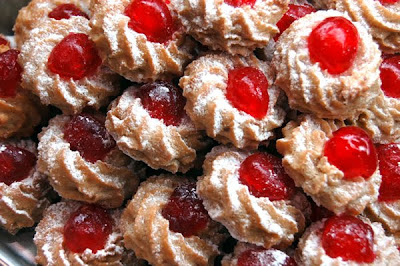 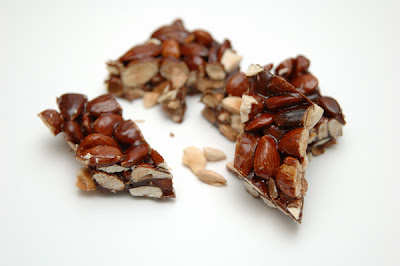 Pan di spagna can best be compared to angel cake, I suppose; it is very soft and lightweight. Pasta di mandorle is almond pastry, very sweet and sticky; one of the many things in Sicilian cuisine that clearly show Arabic influence. Needless to say, I love it! Torrone exists in various forms, but the most popular home-made one is the variety shown here, made of almonds and nuts, caramelized. A tooth breaker if you're not careful.


I also learn that people in Northern Italy look forever down on the Southerners, especially on those from Sicily; the Sicilians are called Torrones, and they in turn call the Northerners Polentones. Sicilians are considered lazy, maybe streetwise but otherwise stupid, unable to speak proper Italian, and only coming to Northern Italy to take away the jobs (which the Northerners themselves don't want to do anyway).
Sounds familiar?
I'm afraid this kind of prejudice is not exclusively an Italian phenomenon, but can be observed similarly everywhere in the world.

The guests arrive, mostly in couples, except for Maria Pia's fidanzato, who is the perfect partner for her - a handsome, kind man with intelligent eyes and impeccable manners. We are told he is professor for physics, and one of his colleagues is there, too. That colleague is the only guest whose name I have not forgotten, for a very valid reason: years later, he married my friend Brigitte, and she moved to Catania (actually, Aci Castello, which is just a few miles along the coast North of Catania) for him, where they still live with their three children.
Of course, nobody knows that yet - after all, we are still in October 1987, and Brigitte and Antonio meet for the very first time, being guests at Maria Pia's birthday gathering like everybody else.

We eat, we drink (more coffee than anything else), we laugh and talk and play games.

One of the games consists in someone having to pantomime a film or a song, and the others guessing which film or song it is.
A plump, rather unassuming young woman with very white skin and black curly hair does an impression of a lady taking her clothes off (she does not really take anything off, of course - this is the utterly Catholic Sicily, and those present are all respectable young citizens, even intellectuals to a certain degree) and then having a shower.
To my big surprise, almost everybody shouts at unison: "Ti voglio nuda e bagnata!", and the room is ringing with laughter - they are right, that is the title of the film the plump girl had them guess.
Back then, I do not understand more than a few words in Italian, and so Brigitte has to translate for me, which she does with a lot of giggling (I am the youngest at 19 years and still very innocent and inexperienced, everybody else being in their mid-twenties): "I want you naked and wet", an apparently highly popular porn movie in those days.
(I've done a bit of research. The film really exists, I remembered the title correctly. It was released earlier in the eighties, starring John Holmes, whose life the movie "Boogie Nights" was later based on.)

After the guests say good-night and we help in restoring the room to its former condition and clean up the kitchen, Maria Pia has Brigitte ask me a favour for her:
Would I come to school with her the next morning? Her colleague, teaching German, has heard of us, and she would so much like me to visit her class, in order for the students to have a native speaker talk to them for an hour or two, answering their questions and so on.

I have always loved meeting new people - that has not changed since 1987! - and so I agree without hesitating.
(Once again, none of the pictures belongs to me. I have nicked them whereever I found them on the internet.)
Posted by Librarian at 20:40