Why three times? Well, there is Ripley, the village. There is Ripley Castle, and Ripley gardens. That makes three, doesn't it?

It was where we chose to go with Aunt J and Uncle B on the 2nd of May, wich was the 3rd day of our holiday in England (I obviously feel like playing with numbers a bit today).

So many times I'd been past Ripley on the bus that goes from Ripon to Harrogate and back, but never actually been there, so it was about time to explore the place.
Had it been warmer, we would have walked there, but since it was cold enough for us to be wearing padded winter coats and woolly socks (yes, mine were the hand-knitted pair of birthday socks shown here), we went in J and B's car.

Ripley itself is a small village, with most of what you can see today having been built in 1825 to look like a village the then owner of the place had seen on his travels in France (Alsace). I have been to this region of France myself many times, but I don't find Ripley looking particularly French - it is very picturesque, and especially the village store makes it look like a typical English village, don't you think? 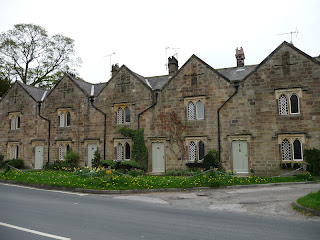 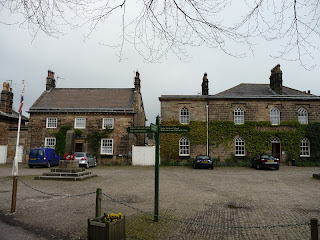 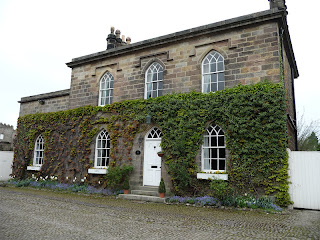 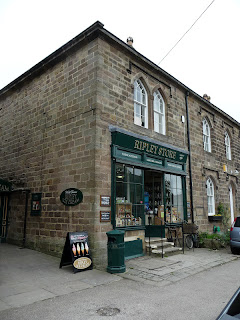 But on to the castle now.

Most remarkable about Ripley Castle is that it has been owned and inhabited (and still is) by the same family for over 700 years! Can you imagine your folks having stayed in the same place for such a long time, and your feet still treading the same ground as so many of your direct ancestors have done? Let me borrow this quote from the website:


Our history is one of political, military, religious and social turbulence, of plague and persecution, of renaissance, enlightenment and industrial revolution. It is a tale of romance, courage, loyalty and recklessness. There is no final chapter because we are still here, still enjoying the adventure.


This quite nicely sums it up, and the castle is certainly worth visiting. We took the tour (no pictures allowed to be taken inside), and then had a walk around the extensive grounds before we explored the gardens. 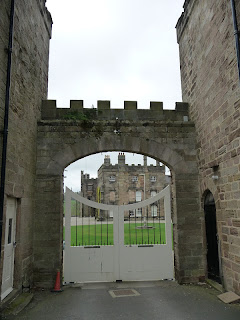 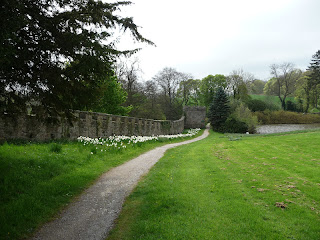 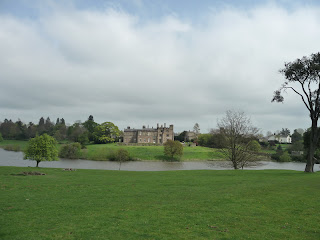 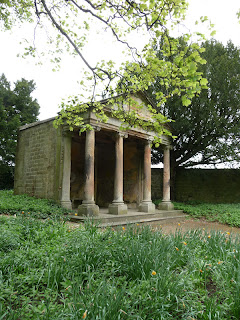 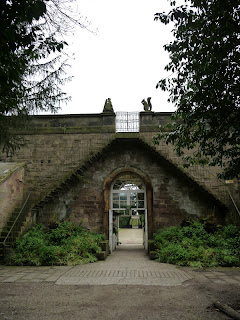 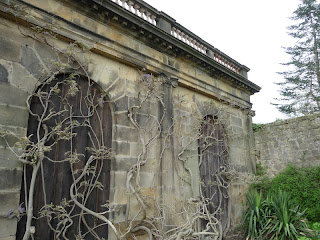 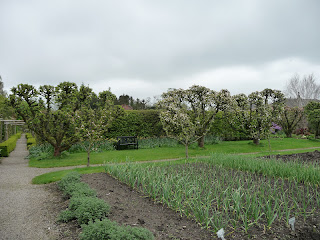 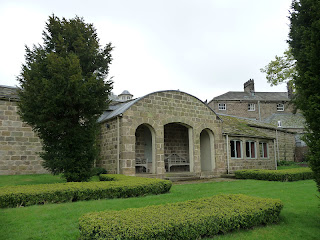 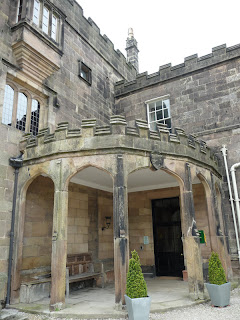 There was so much to see, and I took so many pictures - I really had to stop myself from putting them all on here, but you can look at them in my photobucket album; simply click here and then keep clicking "next" for a while :-)

Let me end this post with a picture Aunt J took and which we all love - it looks like something you'd find on an artsy postcard or calendar, doesn't it?
We had been sneaking about in the greenhouse and ended up in a spot where I think we were not supposed to be, and J came across this row of tea mugs, belonging to the gardeners, who were all out in the gardens doing their work. 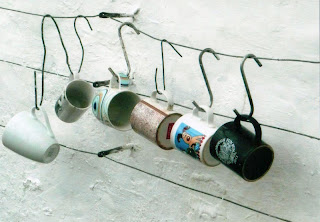 There'll be another Stately Home to visit tomorrow, but for today, I think I have given you more than enough to look at!
Posted by Librarian at 08:29