Marcela has written a guest post for my blog before, and since I seem to be having a little less time for blogging at the moment, I gladly accepted her offer of another one. She gave me the choice between several topics, and thinking of my blogland friend Kay (whose blog you can find here), I went for this one:

Musical Destinations You Must Visit
What cities should be on a musician or music aficionado’s bucket list?
New York and Los Angeles are renowned music meccas. NYC offers Broadway musicals, Radio City Music Hall, Carnegie Hall, Tin Pan Alley and the Apollo Theater; Los Angeles is home to the Viper Room on the famed Sunset Strip, Hollywood Bowl and the recently built Walt Disney Concert Hall. These two cities have long been travel destinations for fans of all types of music.
However, there are plenty of other cities around the world that should make that list of must-see cities for music lovers. These are some of the best places to visit if you adore music history and musicians: 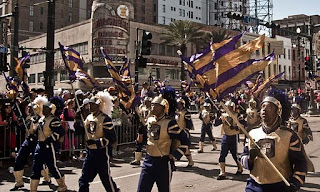 New Orleans, Louisiana
Famous for crawfish, bead necklaces and jazz music, New Orleans has been making a solid comeback in the tourist industry since the devastation of Hurricane Katrina. A jazz lover will enjoy the rich musical history the city has to offer throughout the year, especially during the New Orleans Jazz Festival in the spring.

Other notable events and locations include tributes to Louis Armstrong at Armstrong Park, The Steam Calliope on the Steamboat Natchez in the French quarter and Frenchmen street, which is littered with clubs where you can see and hear live music.
Nashville, Tennessee
Considered the new business hub for the music industry, Nashville is a family-friendly vacation spot, hosting an array of events and venues for country music fans. Country Music Hall of Fame and Museum and the CMA Music Festival in June are just a couple of the major draws of Nashville. Live music spots and clubs are plentiful on “Music Row,” an area in downtown Nashville. Check out concert calendars and local musicians before your trip to get the most out of your experience.

Another bonus for Nashville is its proximity to other major music sites. For Dolly Parton fans, Dollywood is only a three-hour drive from Nashville. There’s also...

Memphis, Tennessee
Put on your blue suede shoes and head over to Memphis to see Graceland (amongst other historical music sites). A must-visit for any Elvis fan, Graceland features a tour of the mansion and boasts two museums, as well as his private jet and car collection.

Take a tour of Sun Studio, the one that launched the careers of Elvis, Johnny Cash and Jerry Lee Lewis. Legendary guitar manufacturer Gibson (which produces guitars played by Eric Clapton, Pete Townsend and, of course, Elvis) offers a tour of their factory as well. Want more rock-and-roll history? Visit the Memphis Rock’n’Roll Soul Museum, curated by the Smithsonian. 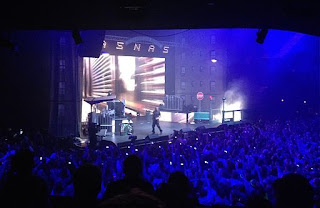 Austin, Texas
If you’re more into current musical acts and artists, or prefer to be ahead of the curve of popular acts, Austin is your travel destination. Known as the live music capital of the world, and for hosting the popular music festival SXSW, Austin features over 200 live music attractions.

The music scene is less country and more modern rock and alternative rock. If you are looking for a little bit of history in between all the amazing live shows, you can take the Austin Gibson Guitar Tour, where you’ll have the opportunity to visit four different locations throughout the city to see to artists’ 10-foot renditions of Gibson guitars, or you can stroll through the Texas Music Museum.

Seattle, Washington
The birthplace of grunge (and Starbucks Coffee), Seattle's music scene is probably best known for bands like Nirvana and Pearl Jam. With the resurgence of ‘90’s nostalgia, now is a good time to travel to Seattle to relive the heyday of flannel and Doc Martens.

Every Memorial Day, the Northwest Folklife Festival offers 17 stages of musicians and performing artists over four days. Also worth a visit: the Experience Music Project, which is an interactive music museum.

Milan, Italy
Opera lovers should make a stop in Milan to visit the famed opera house La Scala, which has been offering shows for over 200 years, and is still one of the best places in the world to see an opera performance. Opera season usually starts in December.

London, England
The city that launched the careers of The Beatles (even if they hailed from Liverpool), The Who, Pink Floyd, The Rolling Stones, The Kinks, David Bowie and the Spice Girls. No musician or aficionados bucket list of musical cities would be complete without London.

Visit the favorite haunts of infamous bands, or go to live shows at the numerous venues in the city. With free concerts in the summer at Hyde Park and performances by the Royal Philharmonic Orchestra at the Royal Albert Hall, classical music lovers need not feel left out.

Vienna, Austria
Famous for composers like Haydn, Mozart and Beethoven, history and classical music lovers should visit Vienna’s “Music Mile” (classical music’s “Walk of Fame”). Mozart’s apartment, now a museum, was where he wrote many of his famous pieces.
These musical cities offer performances and history that will wow the biggest fan. Whether you love classical, opera, musicals or rock-and-roll, you will be able to find something to add to your list of travel must-sees.

Marcela De Vivo is a freelance writer, music enthusiast and traveler who loves visiting different locations around the world to experience new music, culture and food with her family. Music is a great part of her life, and you’ll often find her listening to music 24/7. Follow her on Twitter and Facebook today!

Thank you, Marcela! I found this quite interesting. Of course, thinking of the Beatles, their career actually started at the "Star Club" in Hamburg, Germany :-) And as for Vienna - Mozart-lovers would probably rather go to Salzburg, but if one is on a trip with not that much time to spare in one country, Vienna is certainly the better choice.
Apart from London, I have not been to any of the places mentioned here in person, and doubt very much that I ever will; so, reading about them is the next best thing.
Posted by Librarian at 07:19