No matter how many times I have come here already (and how many more times I'll hopefully be here in coming years), the majestic ruins of Fountains Abbey do not lose any of their fascination for me. This is truly a place like no other. Maybe my pictures manage to convey something of its unique atmosphere.

One of the first things I saw this time and had not - as far as I remember -  noticed before was this fig tree growing aginst the wall of the largest structure. A fig tree, in the North of England? Well, have a closer look - the figs are already growing. I guess the old stone wall must give off enough warmth to keep the tree going. 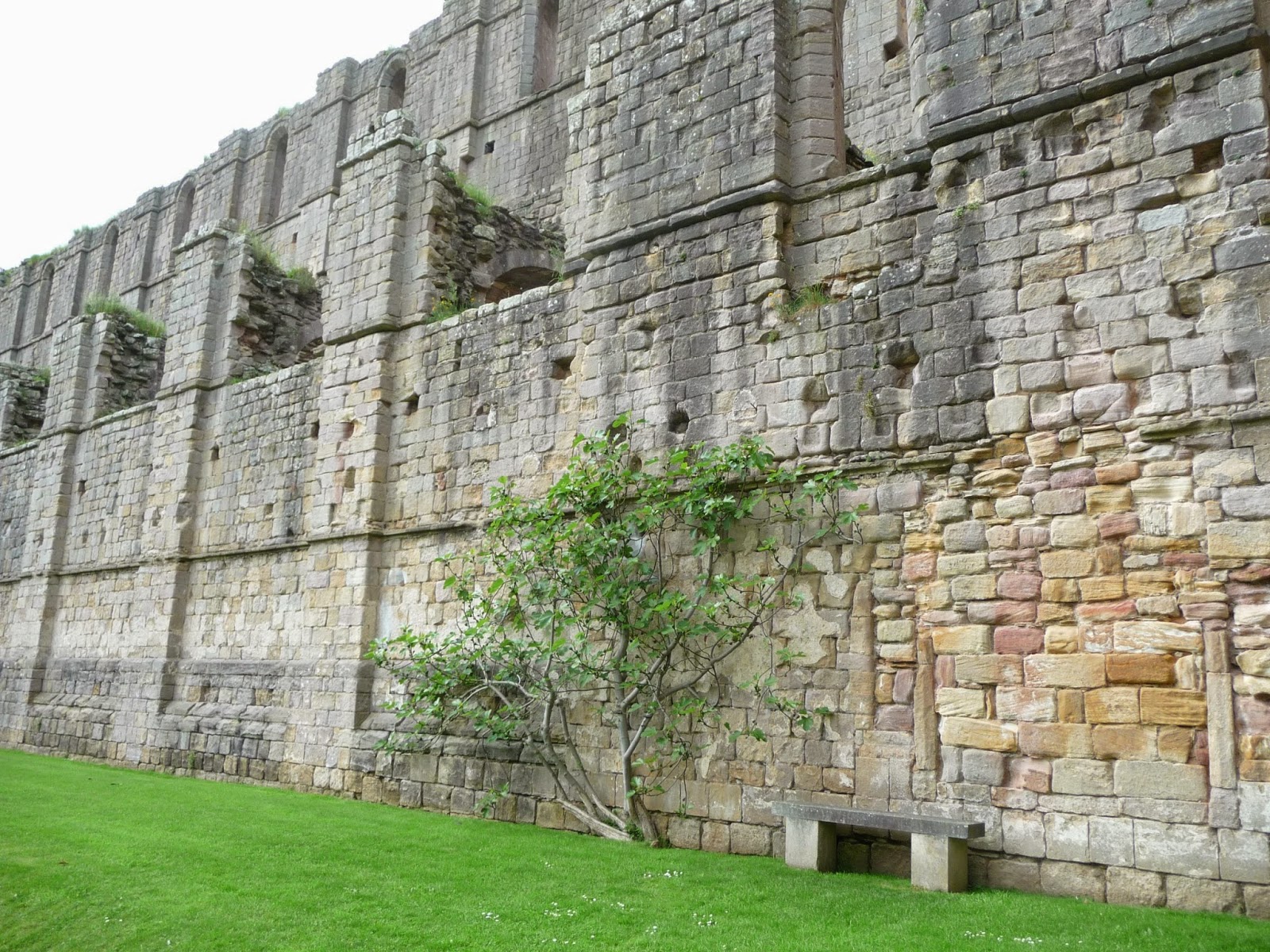 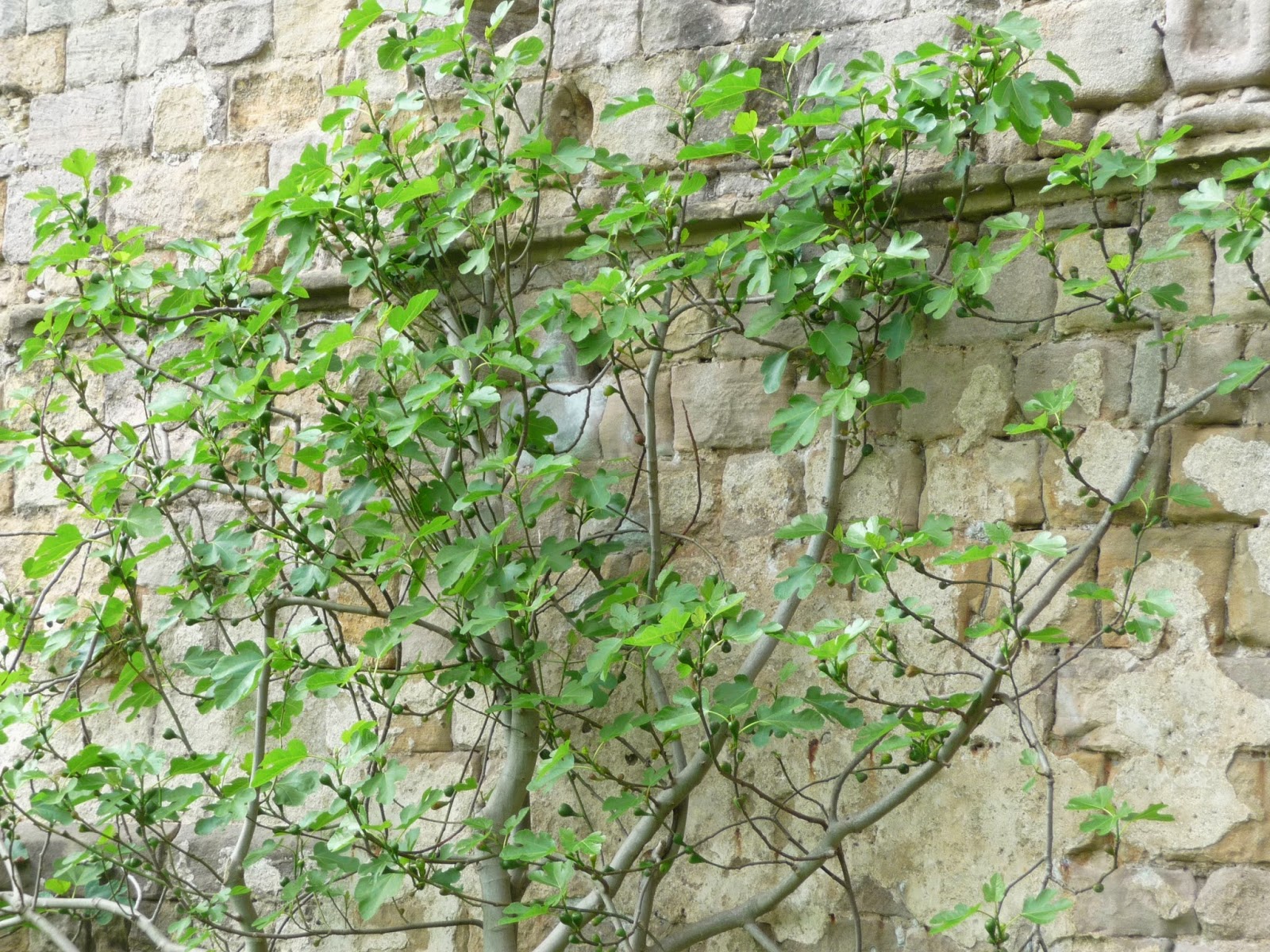 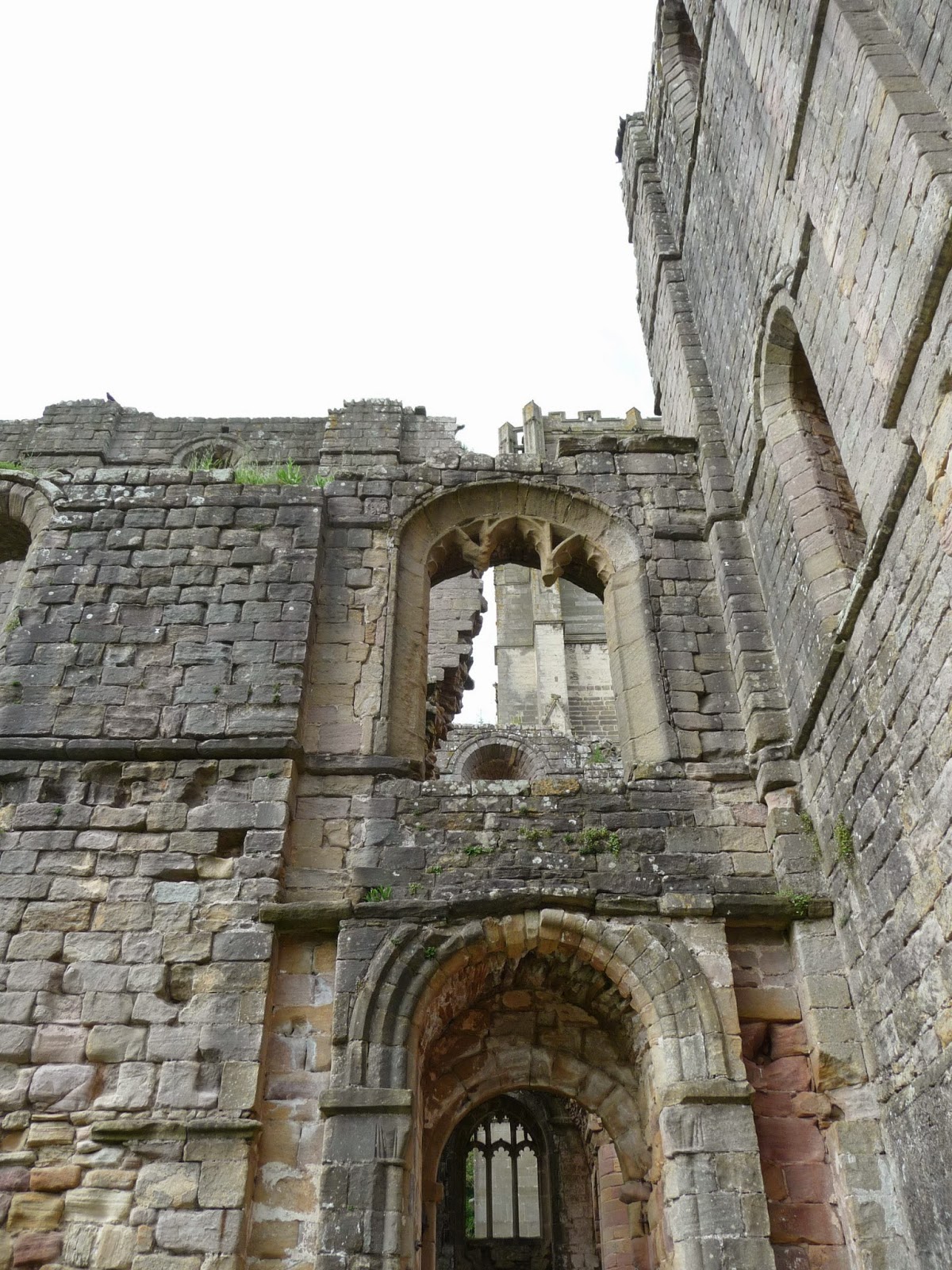 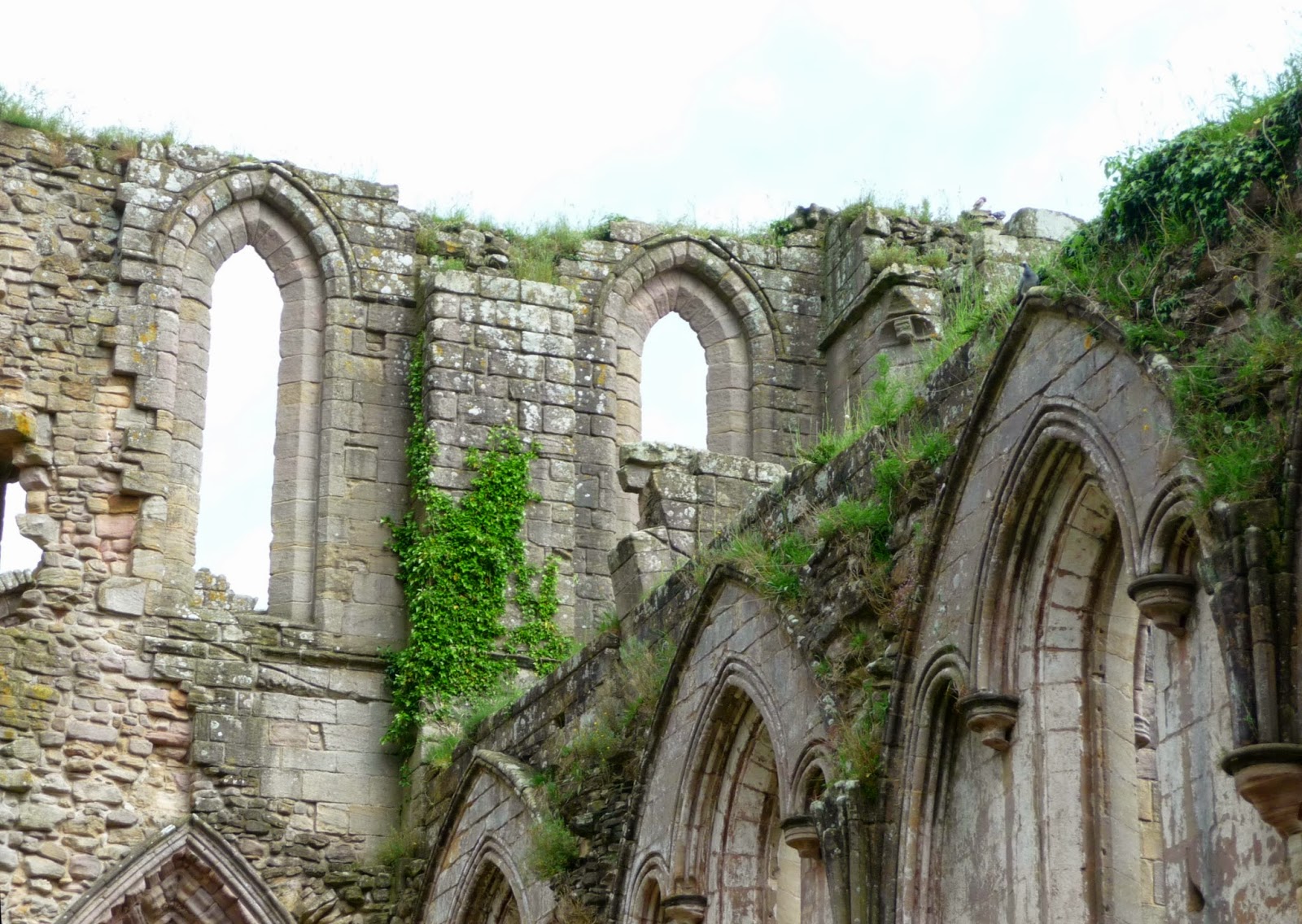 This must be one of the most photographed views around the abbey; I know I have taken pictures of this huge window frame before, but it never looks the same with the ever-changing sky behind. A person standing below this window barely reaches as high as the decorative arches underneath. 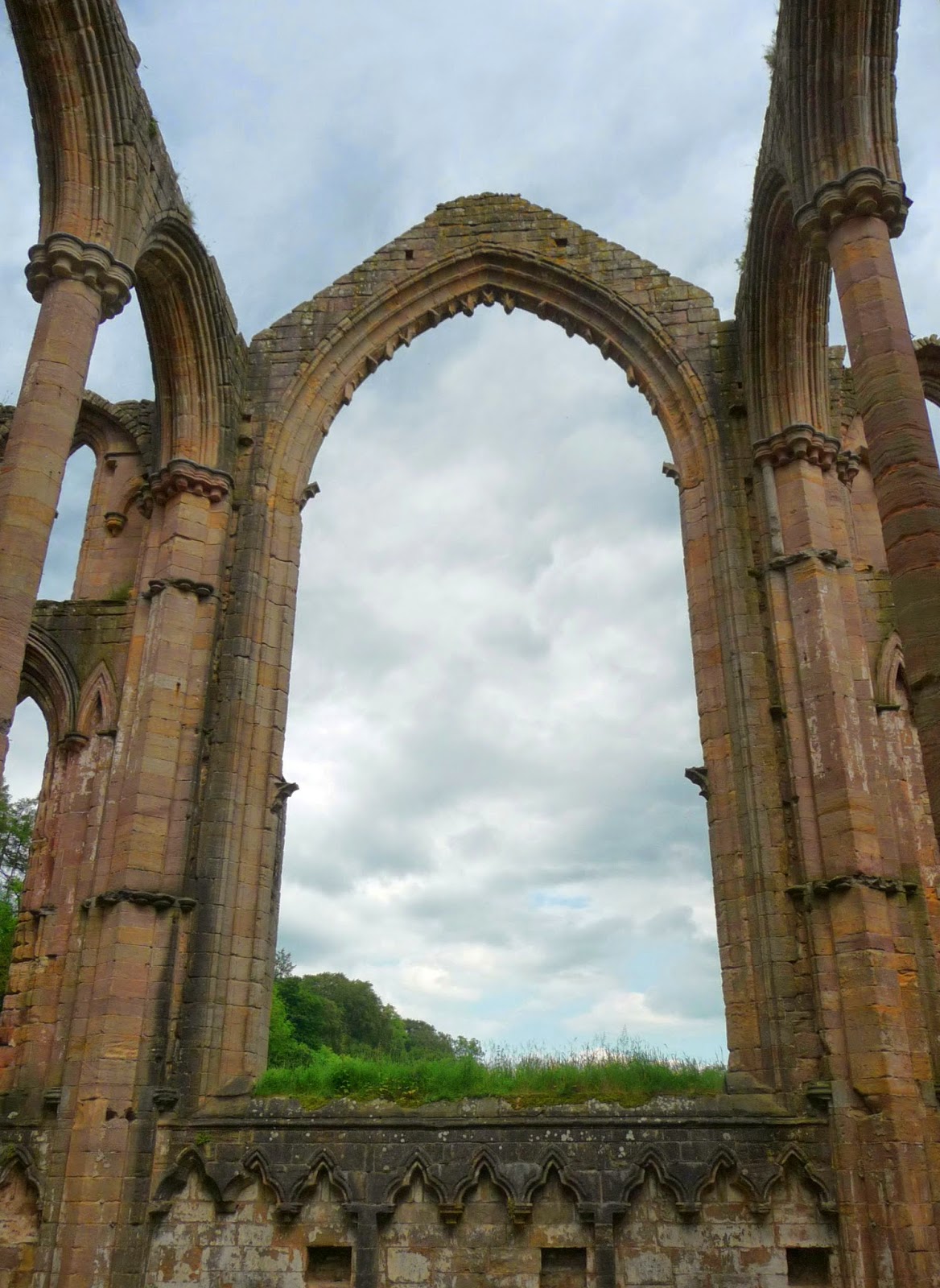 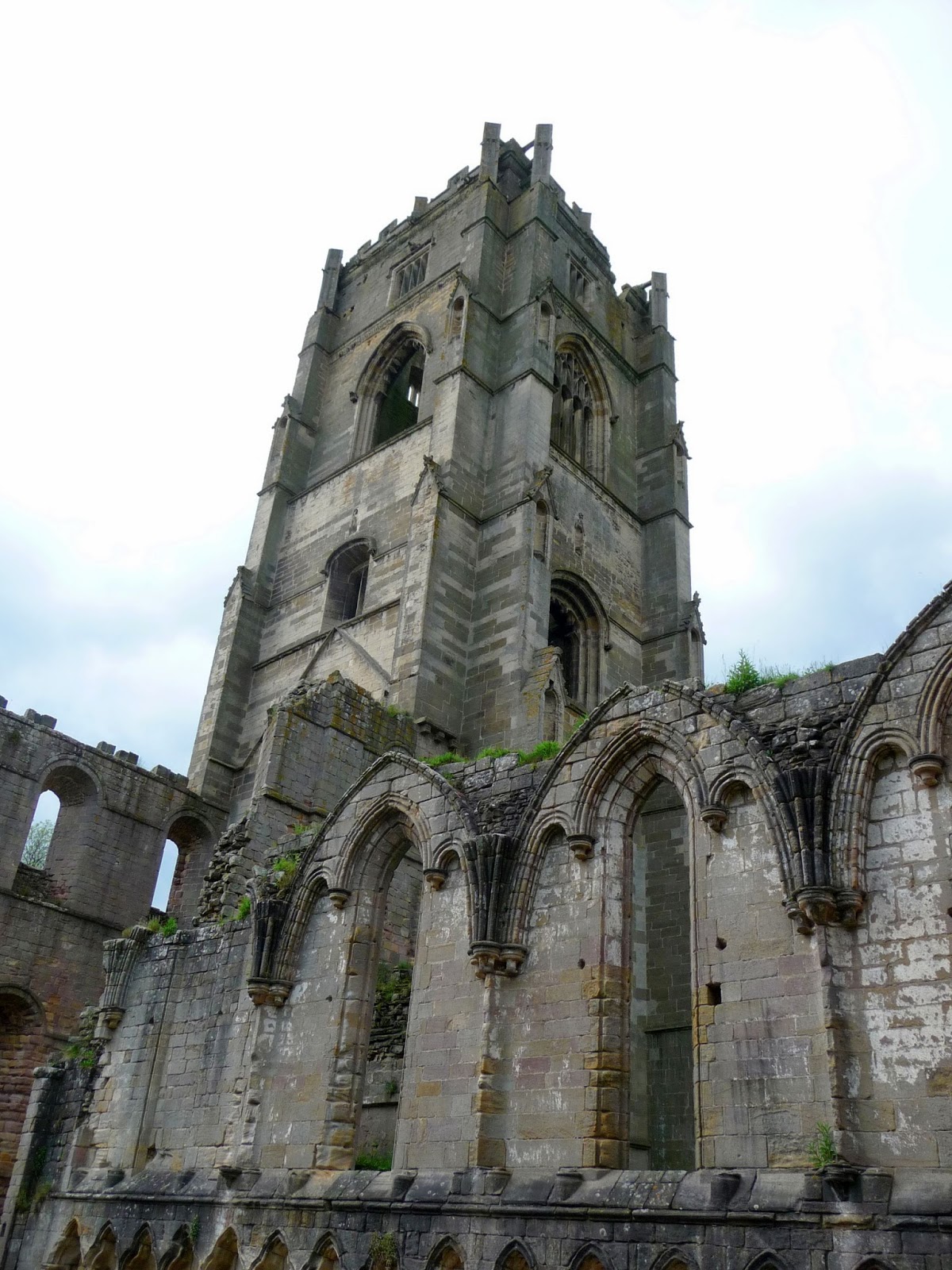 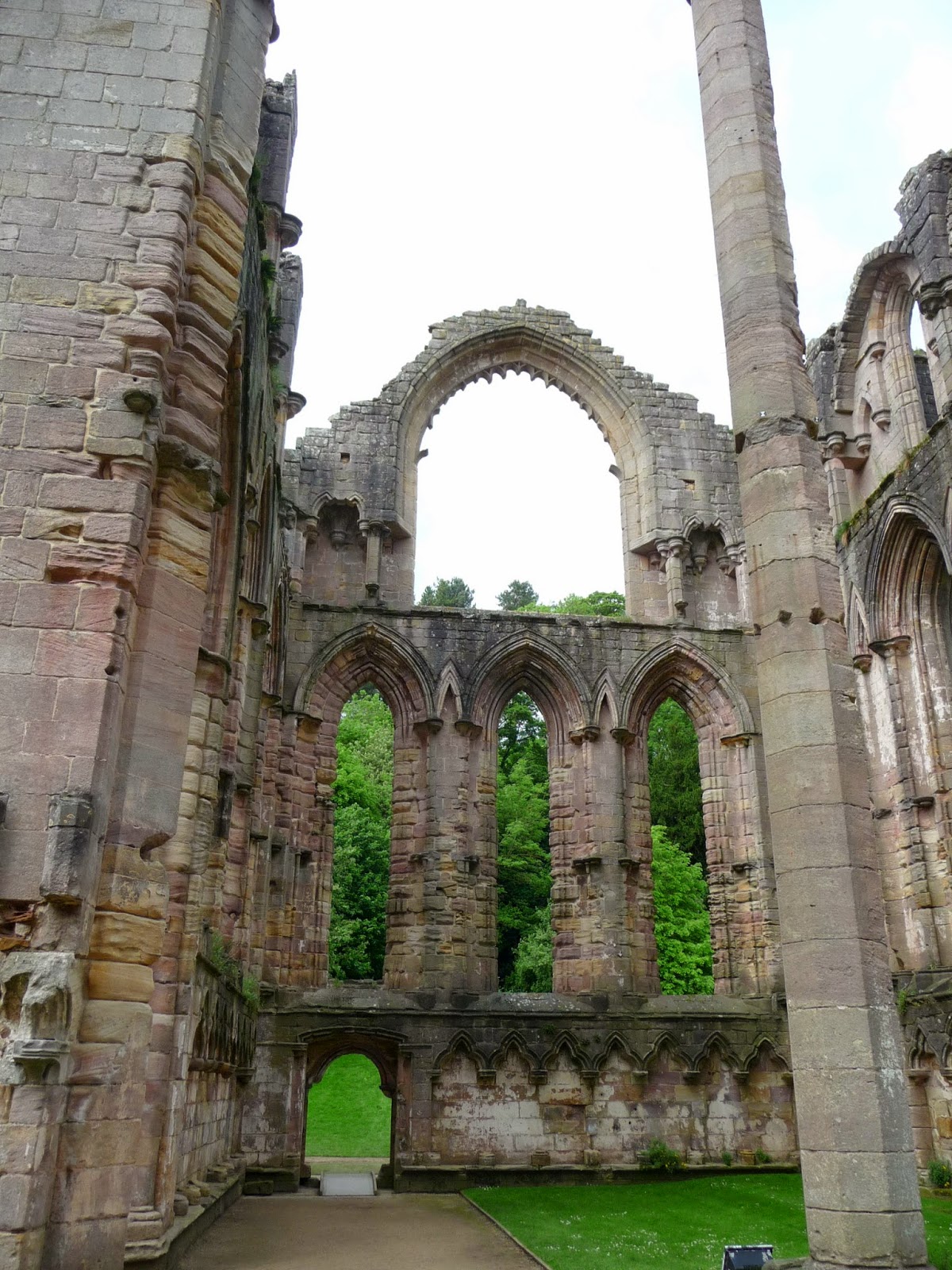 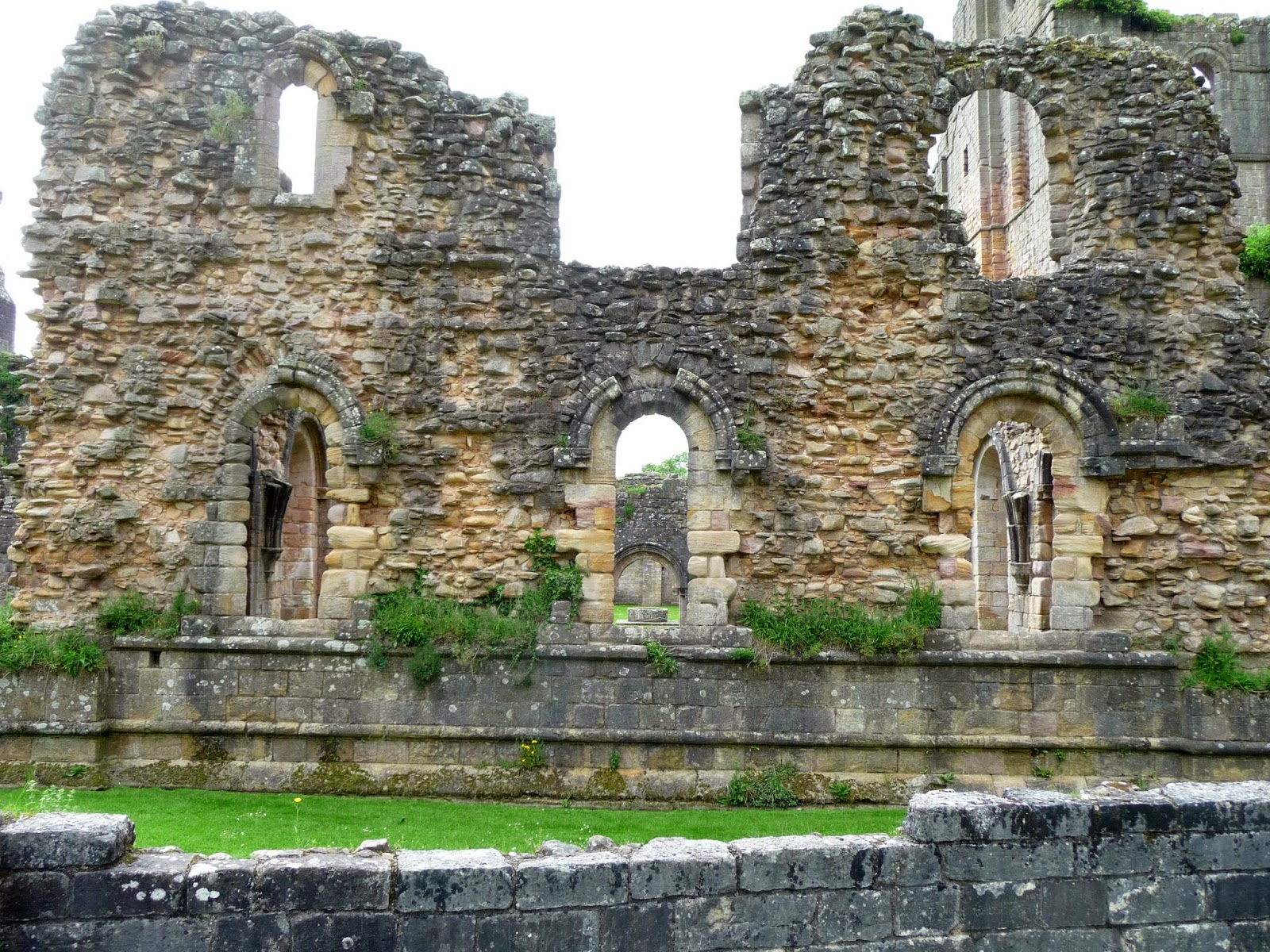 Once you reach the outskirts of the ruins, you can get a better impression of their vastness. What a sight, and what a busy place it must have been when it was still an active abbey and monastery!

And to imagine that it all started in the year 1132, when 13 monks were fed up with the life at their former monastery, where there was too much emphasis on luxury and comfort and too little on faith and spirituality.
When they arrived, there was nothing in this valley, just plenty of trees and the river. With their own hands, they dug up the ground to plant some crops and built a small hut to live in. Those first years must have been incredibly hard; only their determination, deep faith and a good portion of stubbornness must have made survival possible.
Eventually, the abbey grew and prospered and became one of the largest and wealthiest in all of Europe. Only when Henry VIII decreed its closure over 400 years later, the abbey was left deserted and - as mentioned in my previous post - widely used as a convenient source for cheap building materials.

Don't know about you, but I am glad that people did not tear down all the walls and did not carry away every stone! 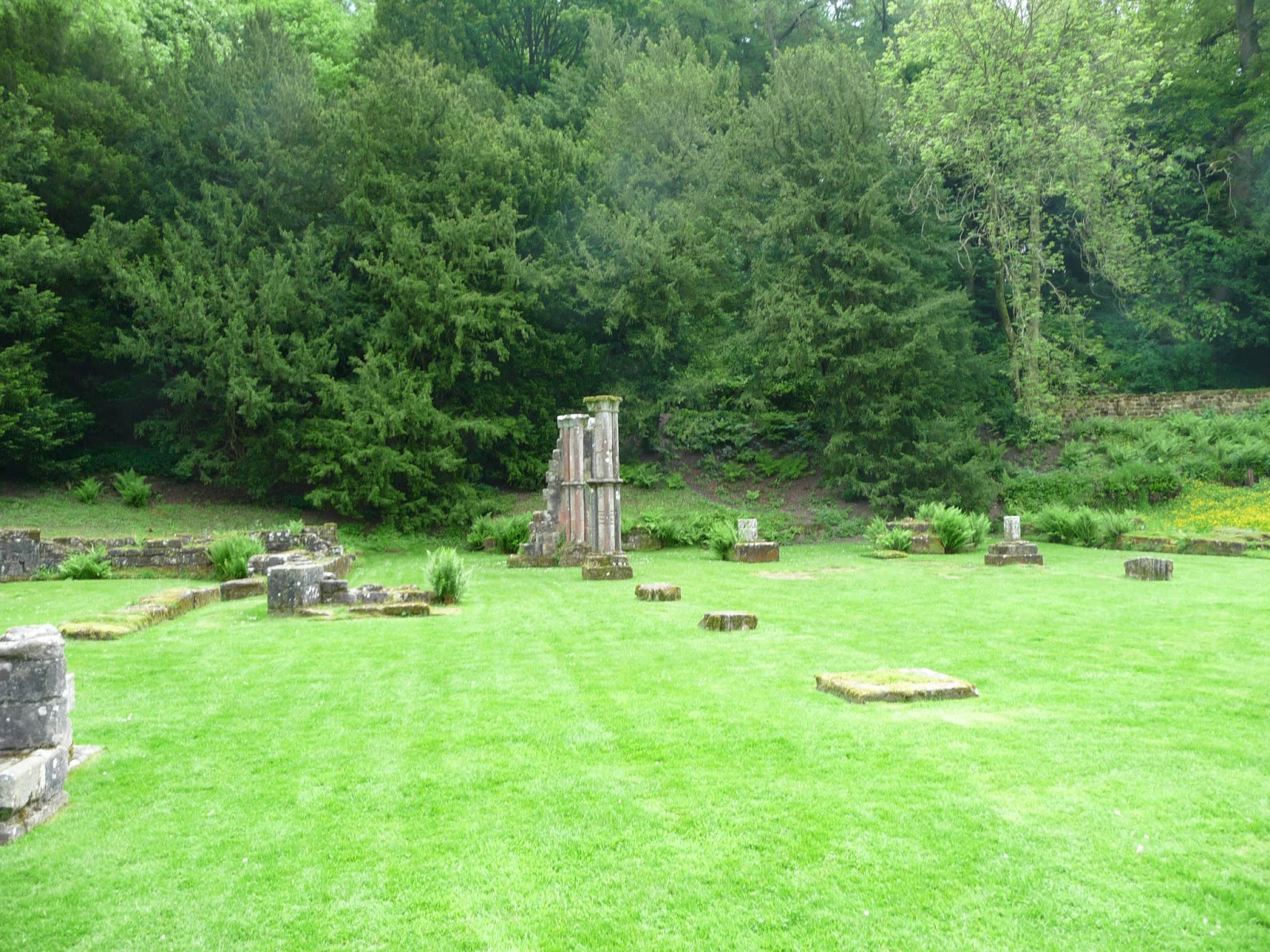 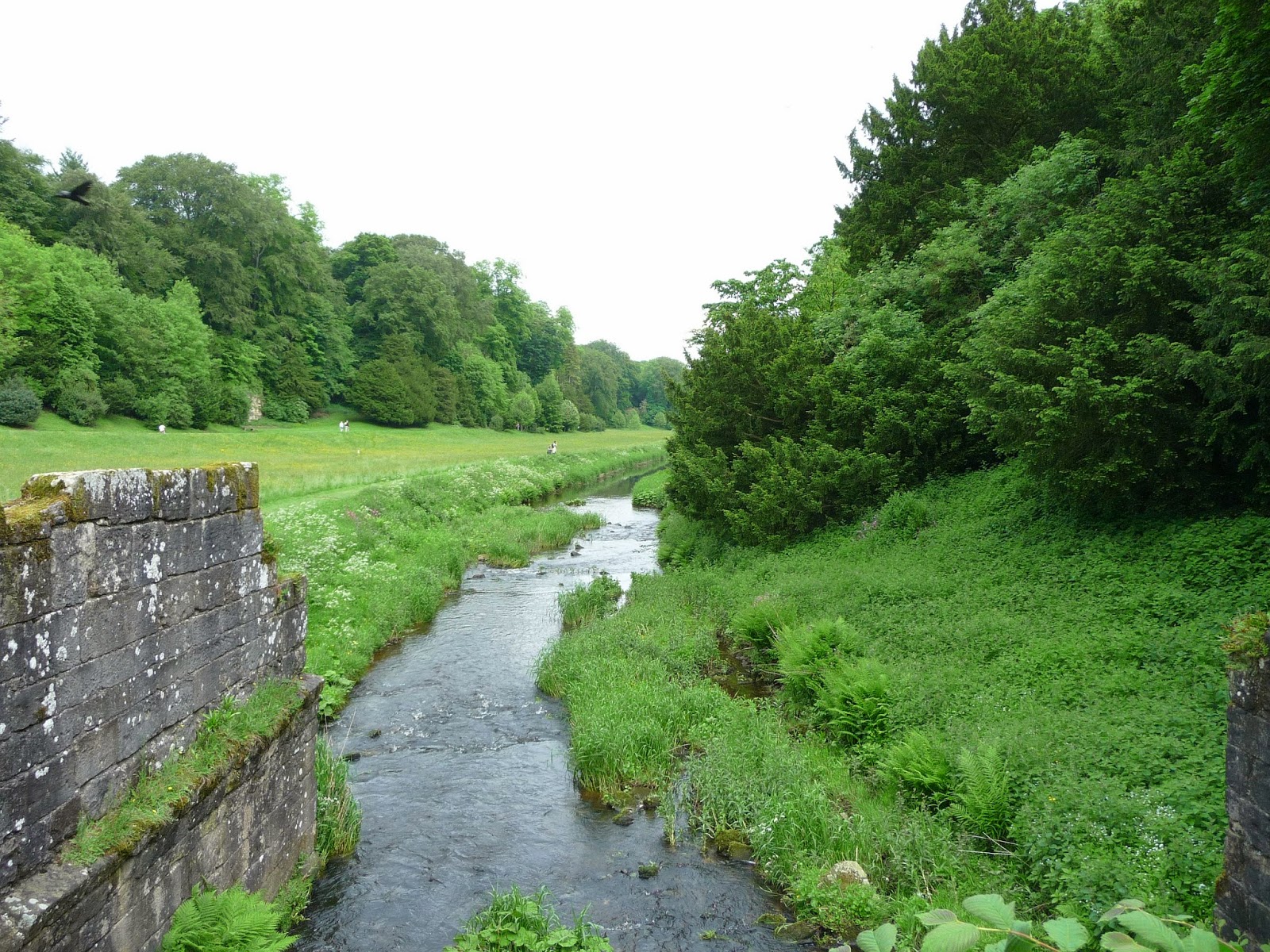 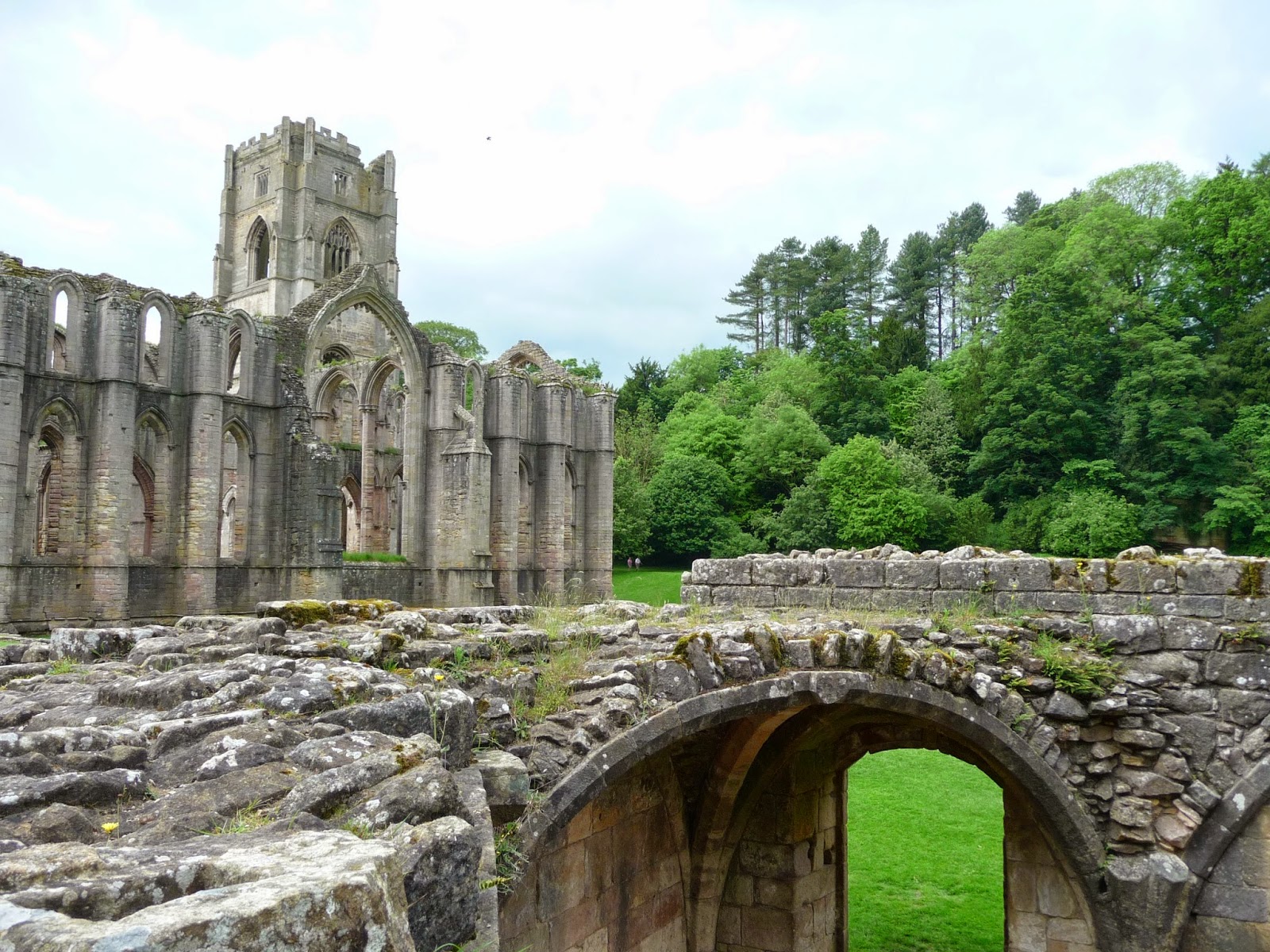 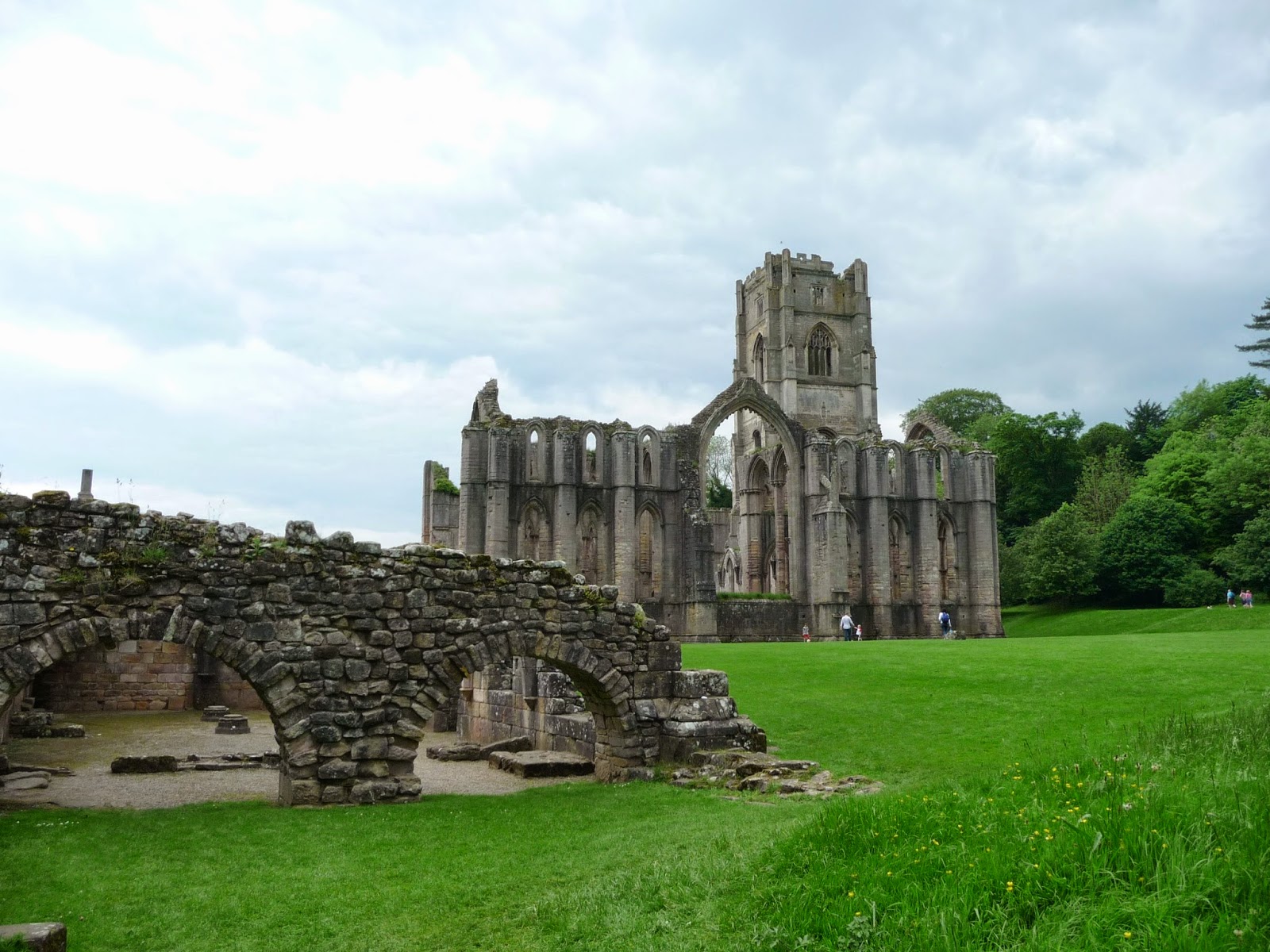 Walking away from the ruins towards Studley Royal, I found the view looking back so beautiful that I took a picture every two minutes or so. 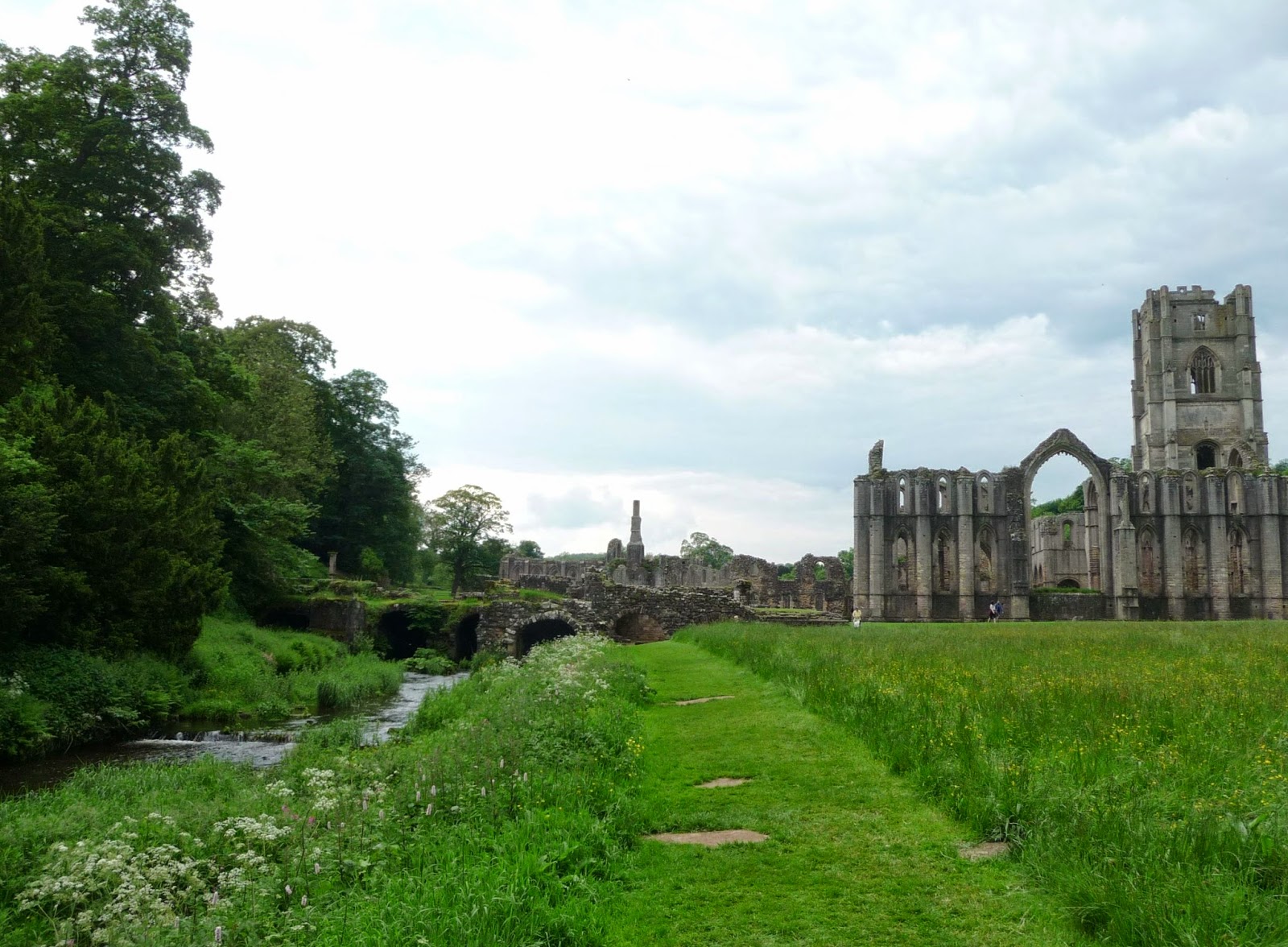 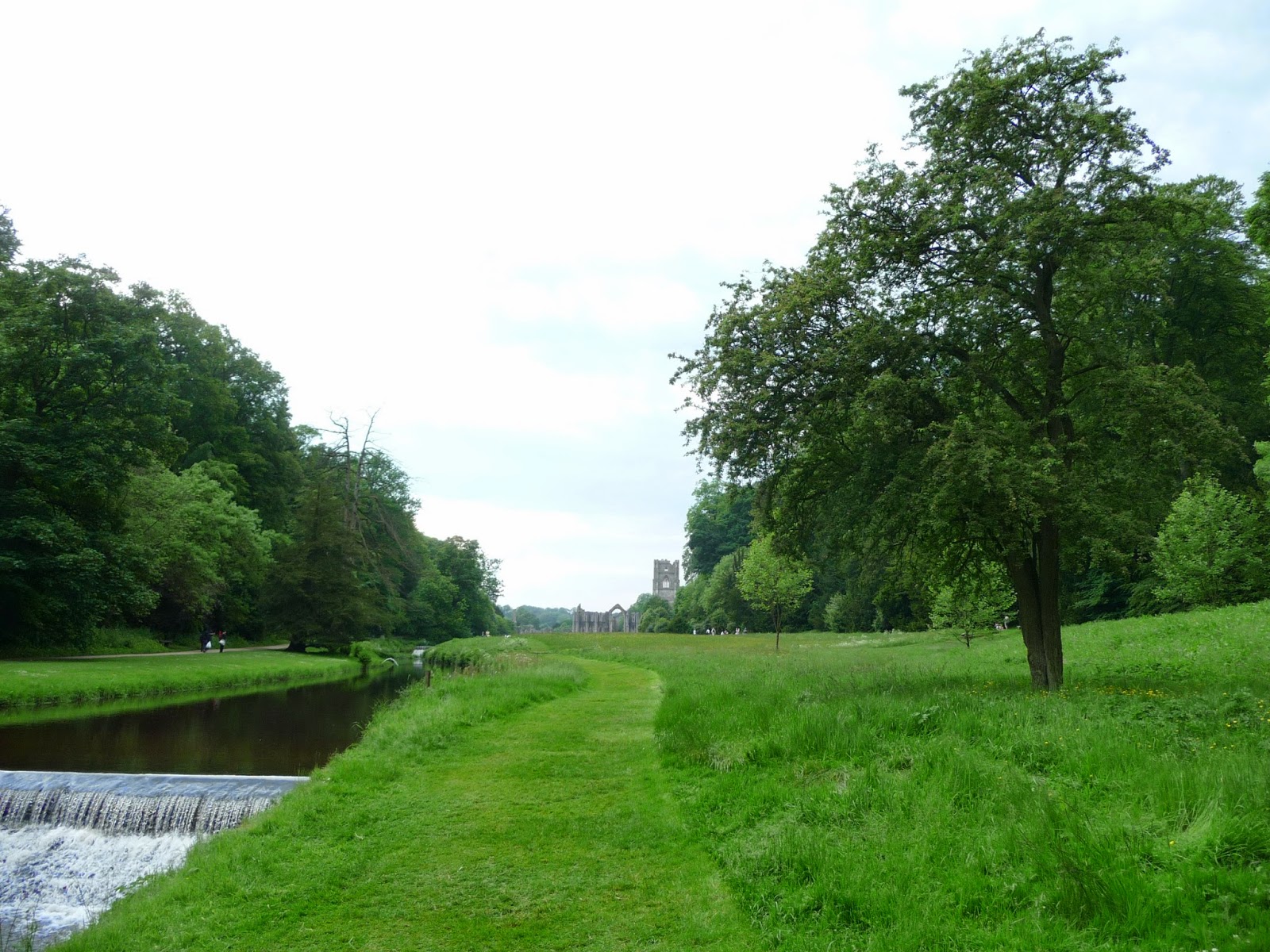 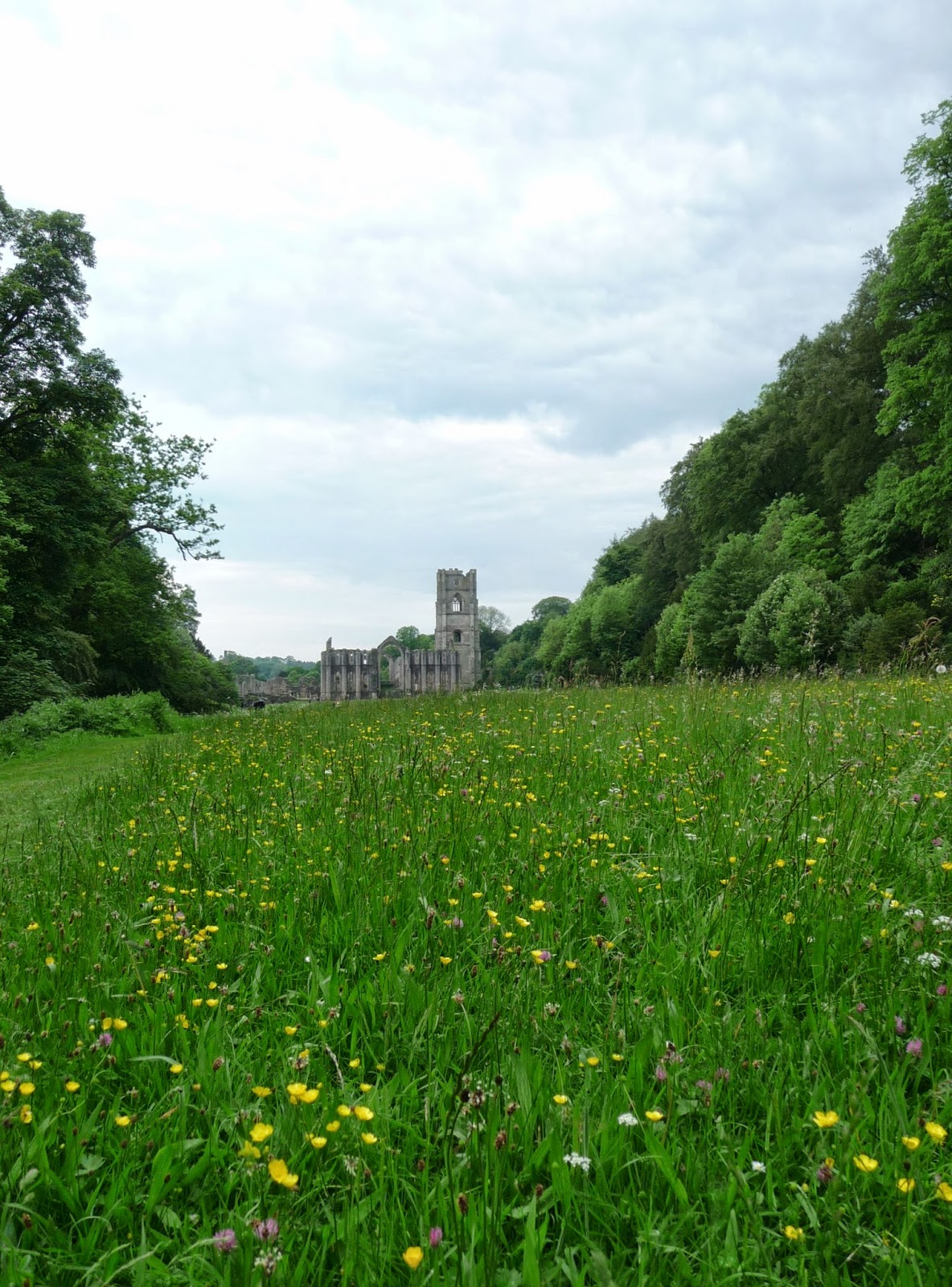 One last glimpse at the abbey, before we turned round the bend. That part of the grounds is called Studley Royal and of very different character than the abbey, but still very peaceful and quiet. You'll see that in my next post.