More than once in my life, I was faced with the decision of which direction to take, where to go from here; sometimes, the choices and their probable consequences were rather clear, while at other times, I wasn't even sure of what the different doors were that I could open (or leave shut), let alone what was in store for me behind them.

For years now, I have turned this fascination with doors and doorways (in the actual physical as well as in the metaphorical sense) into a little hobby: I take pictures.

Oh, great, we wouldn't have thought that, I hear you say. Yes, I know, there are many pictures on my blog, most of which I have taken, some of which I nicked. But so far, there have been precious few of doors and doorways. The reason is that, until a few months ago, I used to put all my doors and doorways into an album I had created on my MySpace profile specifically for that. Now, MySpace is pretty much dead, I'm afraid to say - at least it is in the narrow realm of communication and creativity I was using it for. My old profile there still exists, and so does the album, but nobody ever looks at it over there, and so I have transferred it to my photobucket site instead.

You can view the whole album here, if you like; so far, I have only transferred the pictures but not added all of the titles or descriptions yet. One thing you can be sure of, though: all of these are mine, I haven't nicked any from anywhere else on the internet; I have been to all those places in person, and each of the doors and doorways have, to me, a special appeal.

Let me show you some of my favourites (the whole album contains more than 60 pictures, but don't worry, I am not going to post them all on here!): 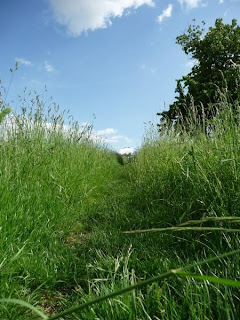 The rim of a field, not far from my parents' allotment; I laid flat on my tummy to take this one, and imagined what the world would look like if one were part of the Little People. 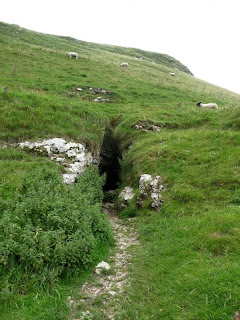 Entrance to a cave somewhere in England (at the border between Yorkshire and the Peak District, I think). 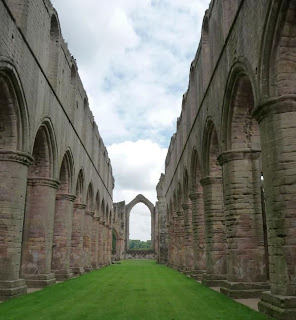 Fountains Abbey, near Ripon, Yorkshire. Yes, this is very touristic and the very same view has probably been the subject of countless pictures, but I couldn't help wanting to capture it for myself. A narrow alley in a small town in the Provence, south France.

Let's stay in France for this one, too; a door in a door in Nice/Nizza. 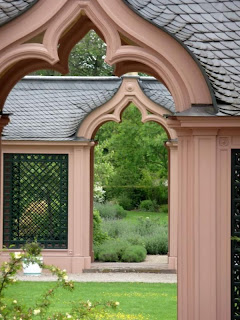 The Castle of Schwetzingen and its grounds are well worth a day trip from where I live. 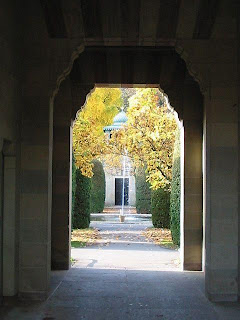 A bit closer to home now; this is at the zoo in Stuttgart. 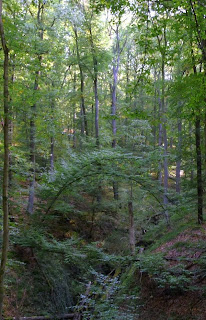 What could be more intriguing than a gate formed entirely by nature? 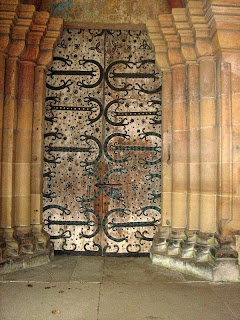 Not just the size makes this door particular (I reach maybe up to a third of the height of this door, if that!), but also the material in which it was once covered: leather, nailed to the wooden panels with heavy iron nails. This is part of the large complex of Maulbronn monastery (UNESCO World Culture Heritage), dating back to the mid-1200s. 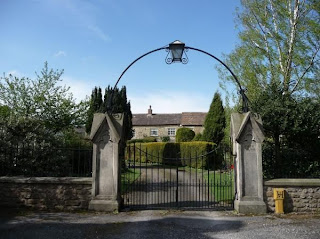 Yorkshire again; this is in a small and very picturesque place called Masham. 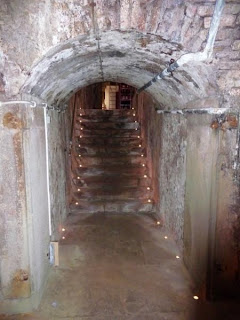 Back to my home town, in an old cellar usually not open to the public, but we were allowed in while we were on a guided tour. I do recommend guided tours for everyone in their home towns - I bet you'd still learn a lot of things you had not known yet about the place where you live! 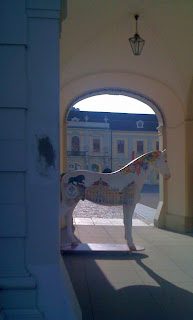 Ludwigsburg (my home town), view towards the inner courtyard of the palace.


I do not pretend that I always take the right door when there is more than one possibility, but I usually regard going through doors an adventure - sometimes deliberately chosen for that quality, but sometimes I have been pushed through a door rather roughly and had to deal with whatever I found behind. So far, I have managed to face up to the consequences of each door in my life that has opened in front or closed behind me, and I hope that I won't lose that ability anytime soon.
Posted by Librarian at 22:31

Labels: Inside My Mind, Miscellaneous, Travelling