The First of Four

Today is (or, almost, was) the first of the four Sundays before Christmas; in German, they are commonly referred to as Advents-Sonntage, i.e. the Sundays of Advent.

Not being religious in my outlook on life and not belonging to any organized religion, I still like some of the traditions that were originally shaped and introduced by the religious authorities (sometimes rather unwillingly, and based on "heathen" traditions that were in place long before them) in my part of the world.


One of these traditions are the Sundays of Advent, with one important feature being a wreath made of fir green and adorned with four candles. As the four Sundays follow each other, the candles are lit on the wreath; first one, then two, three and finally four.

I like Christmas and the weeks leading up to it, although I do not claim being Christian, neither in my non-existent beliefs nor in my behaviour or morals. To me, it is mainly a treasured reminder of a childhood that was made beautiful by loving parents and grandparents, who had in turn grown up with the very same traditions themselves.


Therefore, this heathen Librarian has put some Christmas-themed decorations up in her home, and maybe you would like to see them?


Follow me on a quick tour through my small flat, then! 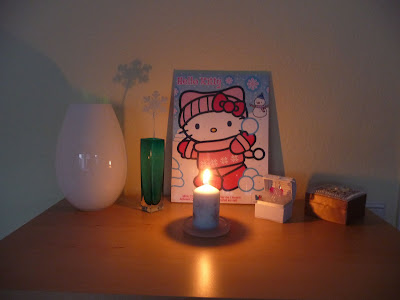 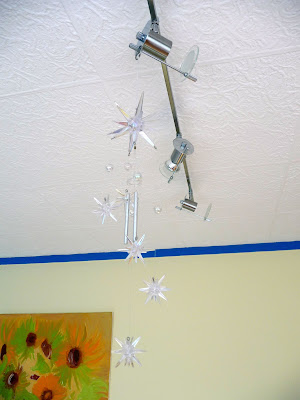 On top of the chest of drawers in my tiny hallway: 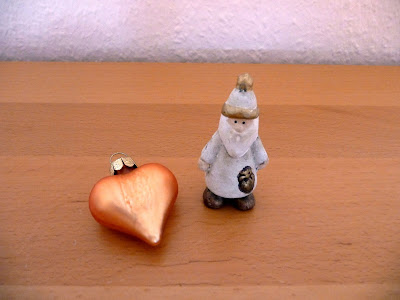 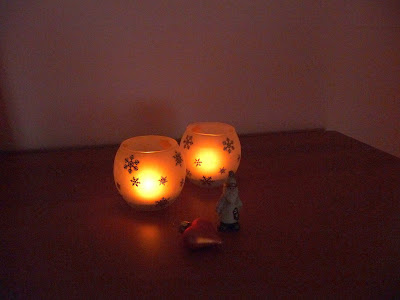 The garland has to be above this window in my kitchen every year: 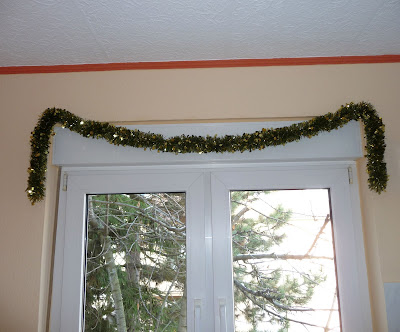 And the "pièce de résistance": the Adventskranz (advent wreath), given to me by my parents (the cookies were made by my mum and by a close family friend): 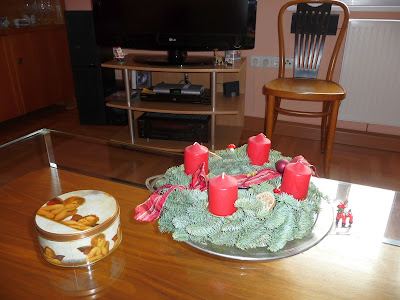 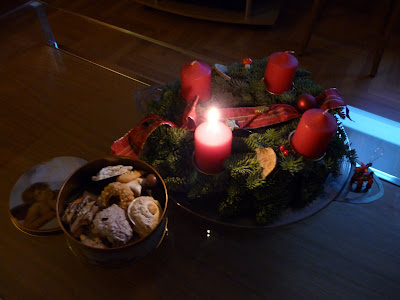 Pukky was an unwilling model today, as you can see :-)
(The "Burberry" Father Christmas in the first picture was a gift from my sister, bought at the Christmas market here in our hometown some years ago. I broke my own "tradition" this year by putting him in the living room instead of the kitchen where he used to hang out previously.) 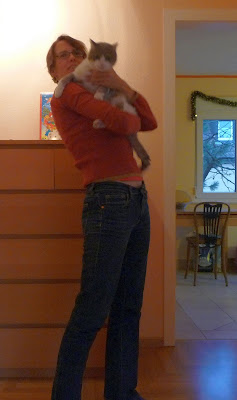 I hope your weekend was as cosy as mine!
Posted by Librarian at 18:29