Yesterday, in many countries all over the world the day was, according to the calendar, "All Saints". In some parts of Germany (mine included), it is a public holiday or bank holiday, but not in the whole republic.
Therefore, my bosses had asked for someone to man the phones, just in case some of our customers from other parts of Germany would want to order something or ask for quotes and so on. As usual, I volunteered - it is an easily gained day off for me on a day of my choice, and I much prefer having time off when shops and offices are open and I can get things done.

So I got up as on every working day and left the house almost precisely at 8.30 in the morning - and found myself in a ghost town. 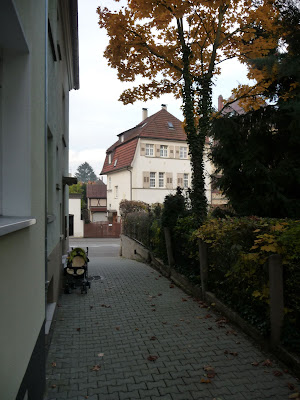 (View from my front door to the street) 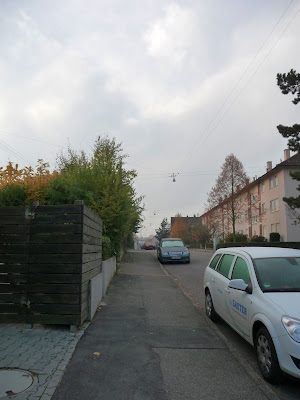 Not a single soul I met on the way to the station. 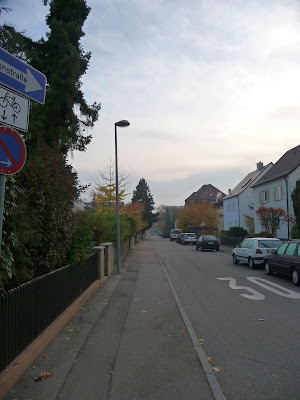 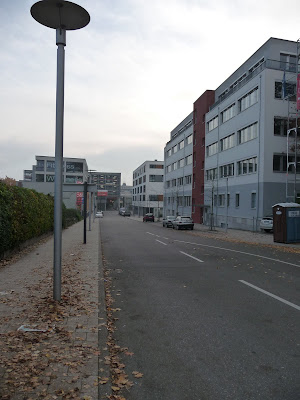 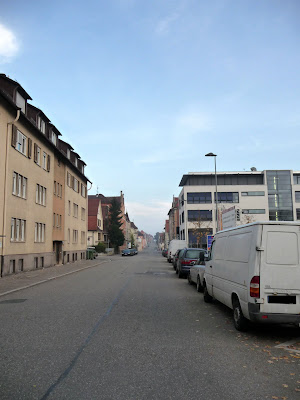 No different at the station itself - there was nobody in sight. 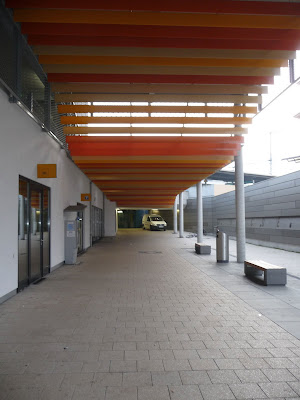 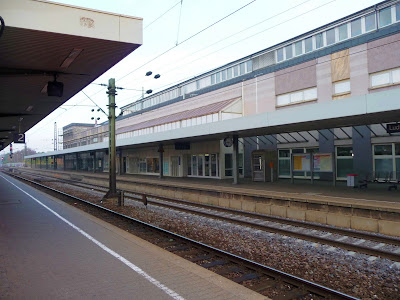 Looks a bit eerie, doesn't it? As if the whole of humanity had suddenly disappeared (a thought I find more intriguing than scary, actually).
Still, the train arrived as it always does, and took me to the small town where I work within four minutes.
There, pretty much the same picture: Empty roads, sleepy-looking buildings. 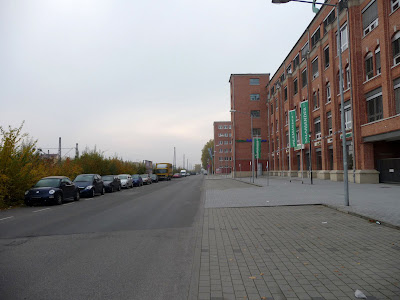 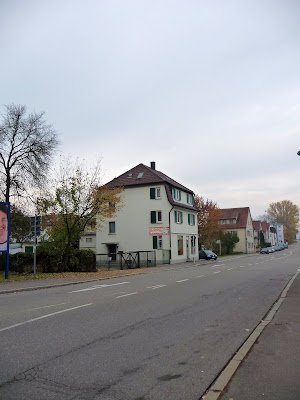 No children on the playground, either; nobody walking their dog, as they would normally be doing every morning when I come past this bit: 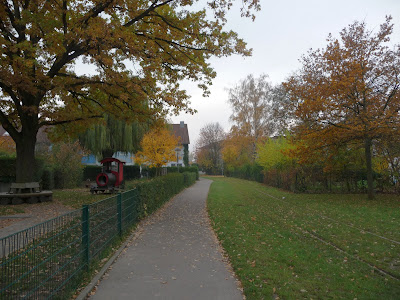 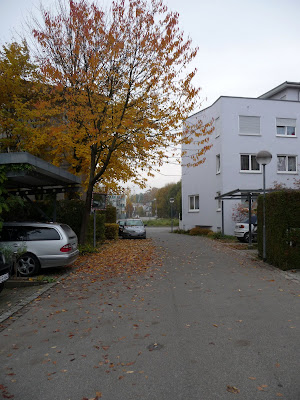 There, the white cube-shaped building at the far end of the road, is where I work: 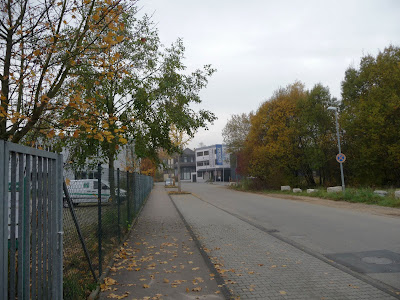 None of my colleagues were standing outside, having a fag (that's smoking a cigarette for my non-British readers), and no trucks were pulling up, delivering goods or picking up shipments.
I unlocked the main door, using a relatively complex system of keys and magnet stripe cards, and went in.
My office is on the first floor.
As expected, silence and empty desks were greeting me instead of the habitual "Good morning!" from my colleagues. 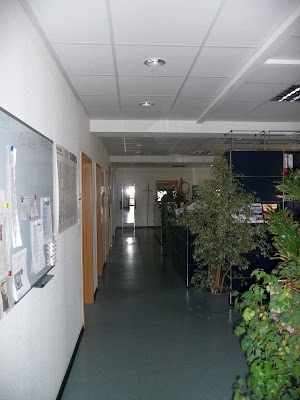 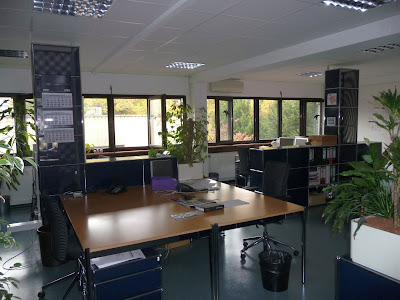 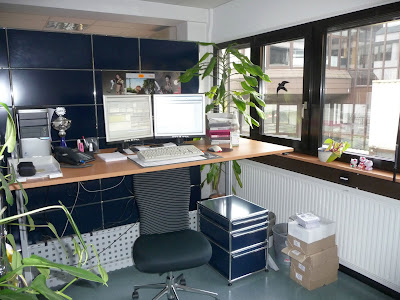 ...the only one that was not left empty today! 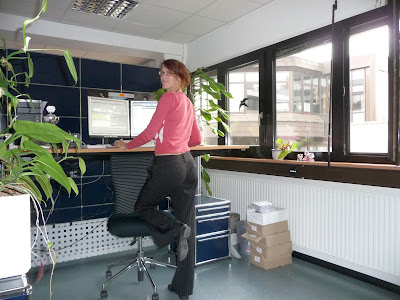 I spent the day working on translations, sent and received some emails and took, all in all, less than 20 phone calls - as I said, an easily gained day off for me on another day.
When I left the office at 4.00 pm, the ghost town had come alive.
And today, everything was back to normal anyway.
Posted by Librarian at 17:17