Something I really like about many of the grand houses I've been to in England is that you can often walk around on your own and do not have to take a guided tour as part of a group, which sometimes moves either too fast or too slow for my liking.

Castle Howard is like that; ropes and signs clearly show you where you can and where you can't go, but otherwise, you can spend as much or little time as you want in each room. There are information sheets ready for you placed in some of the rooms, and a kind person to keep an eye on things and offer more detail and some interesting stories if you want to know more. 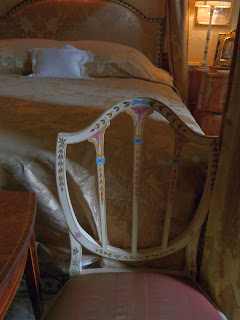 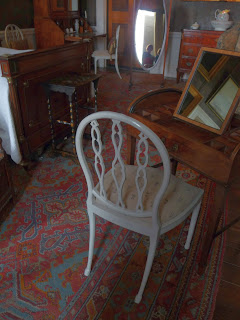 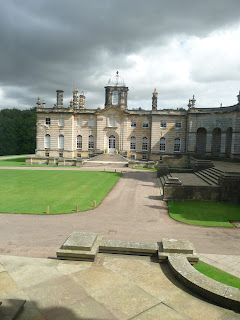 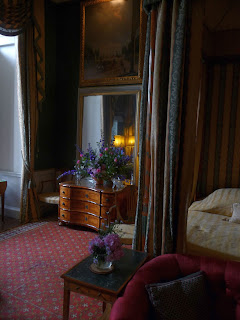 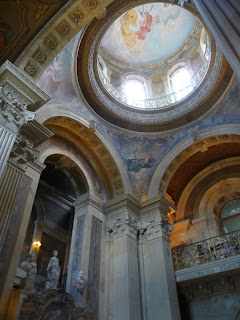 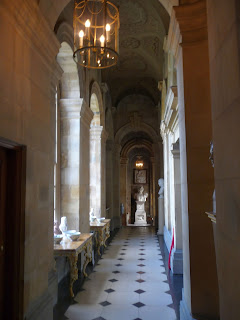 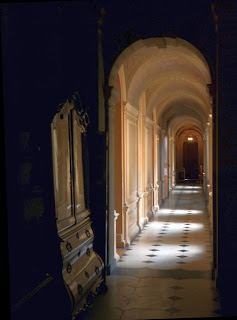 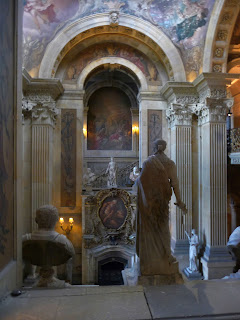 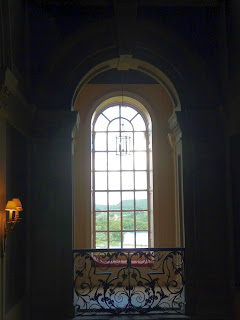 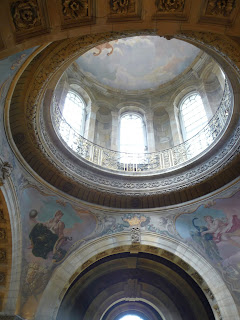 He has the best place of all, I think: 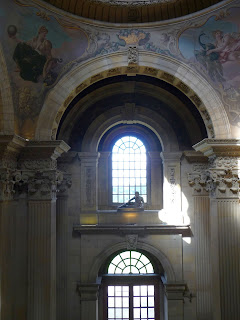 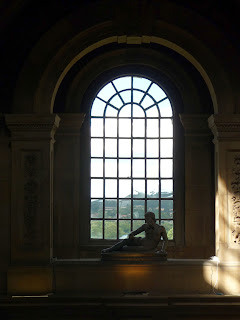 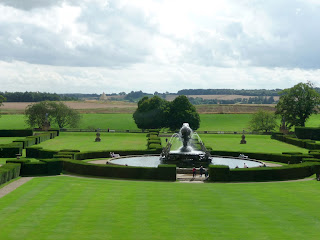 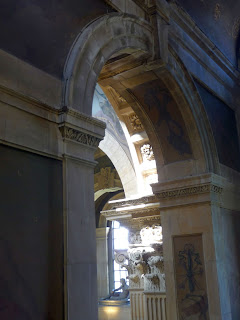 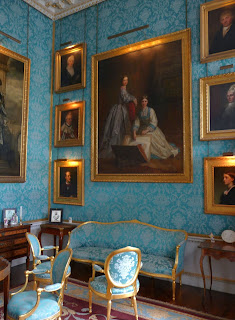 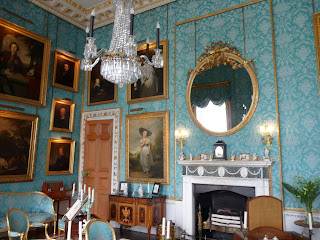 A little light reading to take on the plane tomorrow, maybe? 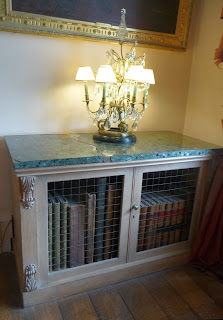 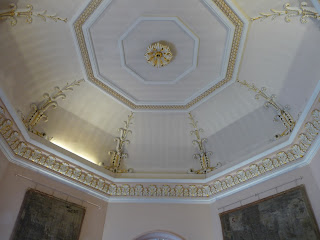 The chapel was designed by William Morris. It was rather dark, but I think I still managed to give you an impression of its general atmosphere: 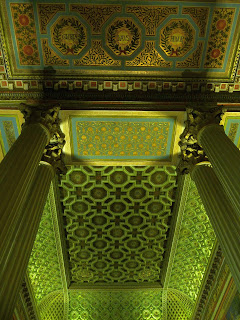 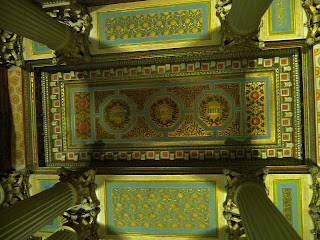 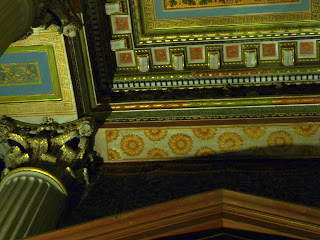 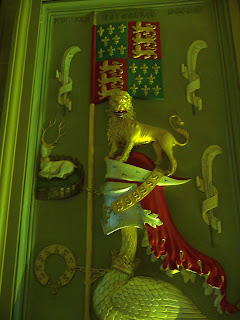 Castle Howard is great inside, but to be honest, what I enjoyed most while in the house were the views from the windows across the grounds. Apart from one or two of the bedrooms, it just didn't feel like a place where I would like to live; too grand for me in all its Baroque opulence. 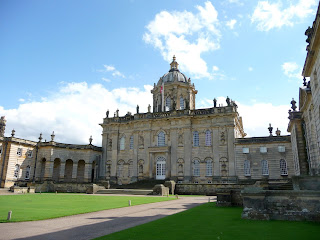 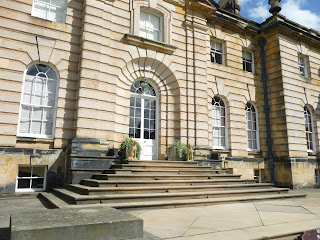 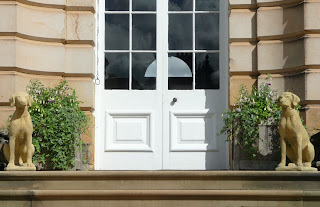 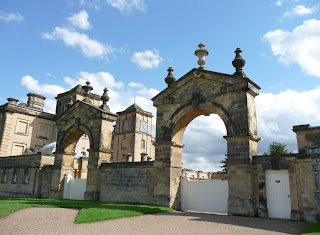 It was now time to explore the grounds, where there was so much to see we didn't even get around to look at everything, but it was still more than what I'll fit into one post
Posted by Librarian at 08:19