Most of the time, you are used to my posts covering just one topic; either reviewing one book/film, reporting from one place I've been visiting, bragging about one new outfit, or giving you the recipe for one dish (which reminds me: I have not posted a recipe in a long time).

Today, I have three topics, each of which is (in my eyes) too insignificant for its own post. But see for yourself:

1. Football/Soccer:
Maybe you are aware of the ongoing 2016 UEFA European Championship (men's football/soccer). I'm not a follower normally, and have no favourite team. But when it comes to European or World Championships, I watch Germany's games when I have time and nothing better to do - and only further on in the tournament, not from the start.

I've never quite gotten the point of patriotism; most people did not choose their nationality or country, they were simply born in a certain place by certain parents, all by coincidence, not by merit.
Still, when "my" country's national team plays, I am a little more interested than when other countries' teams are playing.
Last night, my sister and I watched the game Germany v. Italy together. It was nerve-wracking (after a rather boring first half) and in the end only decided by penalties.

We shared a bottle of sparkling wine and had some specially bought football-themed crisps in front of the telly: 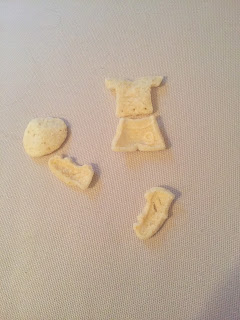 Afterwards, I walked home to the sound of car horns and cheering and flag-waving people. Ludwigsburg's centre was one huge party, it seemed. But they were very welcome to party on without me; I am not a fan of drinking, out-of-control and possibly violent football fans.

The one song that keeps coming to mind is this one, made popular in 2006, when Germany hosted the World Championship:


2. Running:
Running is truly my kind of sport. It's not marathons (or even half marathons) I'm after; I have no ambitions to "win" anything, either. But I do like running, because apart from dancing and one other physical activity (which I won't describe but leave to your imagination), there is nothing so good to your mind AND your body at the same time, nothing that makes you feel so complete and "one". I know, this sounds rather esoterical, unusual for me, and it's not meant that way at all. I just can't think of any better way to describe why I enjoy running as much as I do.

Anyway, my hometown's City Run is less than a week away, and after a break of two years (both due to a conflict in schedules), this year I am going to participate again.
And guess what - O.K. will run, too! We have been running together almost every weekend we've been spending at each other's places, and I knew he won't have any trouble completing the 10 k well under an hour. As for me, I wasn't really sure about my level of fitness until this morning, when I went for the official trial run organized by the same folks who are behind the "proper" race.

Doing the 10 k was no trouble; the greatest challenge was being at the meeting point at 9:00 in the morning, when I came home only around midnight last night. I didn't eat breakfast, just had coffee and a very superficial wash before donning my running gear and setting off with several hundred people from Ludwigsburg's market square on the original route we'll be running next Saturday.

I wrote about running back in 2009, if you are interested.


3. Addendum to "Undoing One's Enemy"
As is my habit with most book reviews, I posted the one for "Undoing One's Enemy" not only on my blog, but also on Amazon.
The author, Camille Oster, commented there, and I think you should see what she wrote as a reply to my review:


1 Jul 2016 21:17:02 BDT
Camille Oster says:
Hi, I apologise for all the mistakes. You are reading a very old copy of this story, from when I learned family and friends could not do the job of proofreading. It has since been properly proofread.
Regards,
Camille
Posted by Librarian at 18:05

Labels: Inside My Mind, Miscellaneous