On Saturday, the 12th of September, I was home alone. O.K. was at his godson's birthday, and I needed the time at home to get things ready for our holiday, starting on Monday the 14th.

After a busy morning of household tasks, I had coffee and read my weekly paper. By the time I was ready to set off for a walk, it was well past 4:00 pm. I knew I only had about 4 hours of daylight left, and as is often the case, had only a rough idea in mind of where to go: I knew I wanted to be down by the river, where I had not been in many weeks.

Instead of choosing the most direct way to the river bank, I decided to take a detour by the castle ruins. I was astonished to find them cordoned off with a small flock of sheep grazing; the last time I was there not all that long ago, it was open to the public, and people were having picnics on the terraced hill. 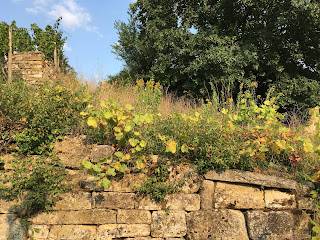 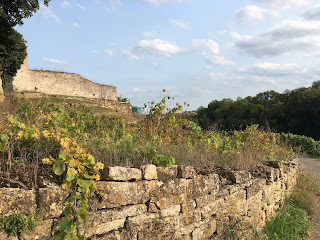 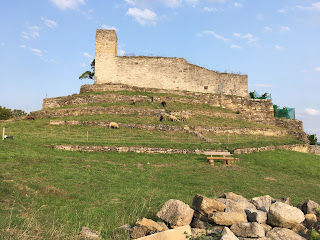 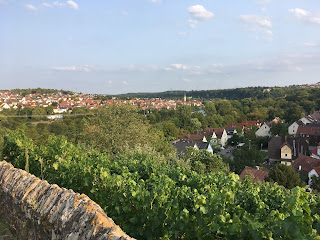 Further on I went, on the path along the river connecting my hometown with the next. I had brought a savoury snack and a bottle of water along and consumed both resting on a bench.

It was so peaceful just sitting there, watching the river flow and boats slowly go past. 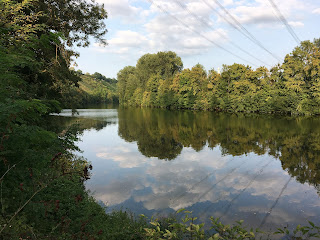 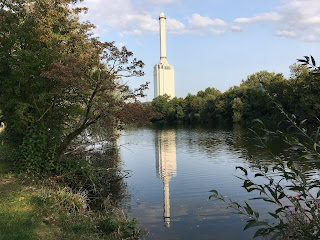 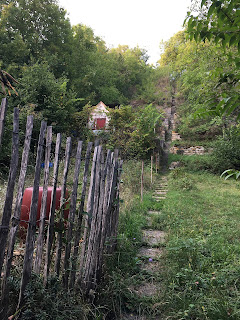 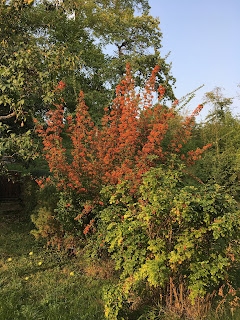 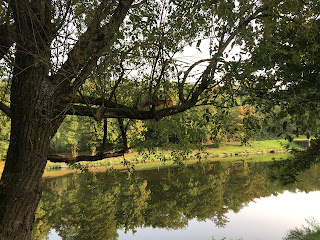 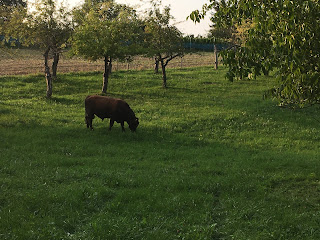 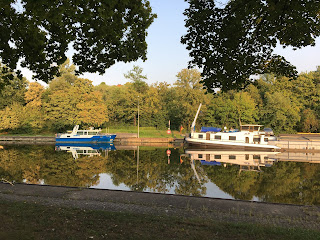 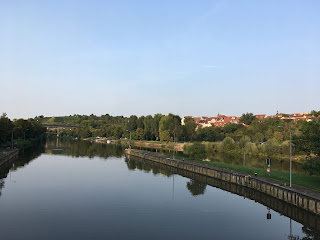 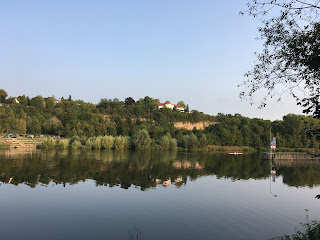 The general idea had been to walk up the hill into Marbach, the small town on the other side of the river, and take the 10-minute journey by train back home from there. But after my rest on the bench I felt not at all tired, and decided to walk back home. 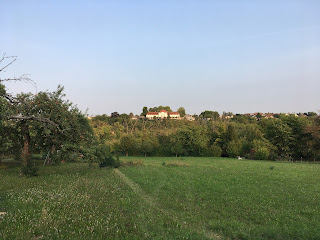 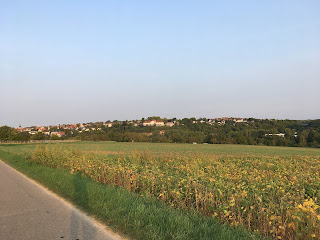 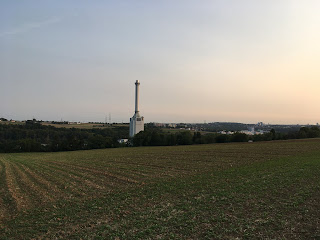 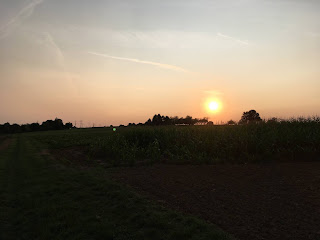 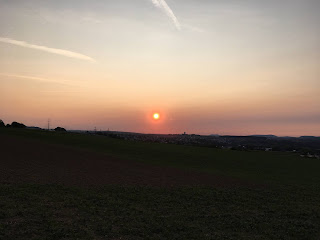 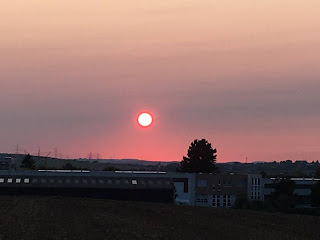 Instead of going back on the same path I had come, I walked across the fields. And while I always knew where I was and which direction I needed to go, I am not familiar with each and every path on that particular stretch of fields and orchards, and so I had to retrace my steps once or twice. It meant the way back took longer than anticipated, and I ended up walking almost 23 km. It was dark by the time I arrived home (almost 9:00 pm), but it had been a good walk and I did not feel completely worn out, just pleasantly tired.