Friday, the 18th of September, saw us undertake the most demanding hike of the entire holiday. We had read about this particular tour as a "Gratwanderung" - a word play that only works in German but can be translated as "balance act". I was at first unsure whether I really would be up to the challenge and felt a bit uncomfortable by the thought, but after we talked to the receptionist at our hotel and had a more detailed description of what to expect, I was determined to give it a try. And it turned out demanding, yes, but I did not regret it one minute.

We took so many photos and I want to show you most of them; therefore, I am splitting this post into two parts and hope you still want to look at part II after having seen part I :-)

Walking east from our hotel, the first stop was the Old Yew, a tree that has been estimated to be anything between 600 and 4,000 years old - in any case, it IS pretty old, no matter whether it really is the oldest tree known in Germany or not. It even has its own wikipedia entry. 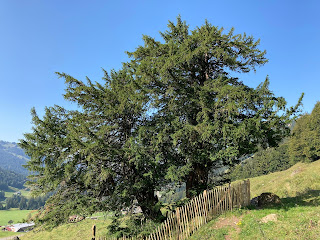 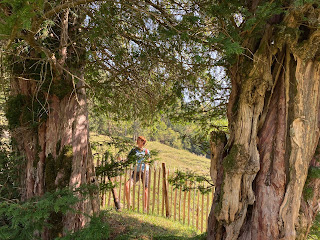 From there on, the path took us steadily up, sometimes rather steeply but still comfortable to walk, until we reached the Obere Wilhelmine, another Alpe (hut). As far as we could tell, it was still lived in although not open for business, but we had only just begun our hike and were not in need of refreshments just yet.

The views from there were beautiful - and a little daunting, looking at the rocks where we would be walking next! 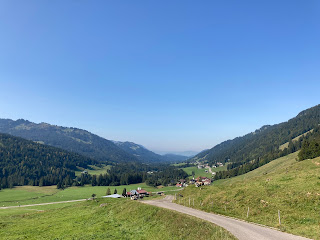 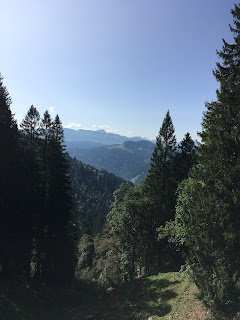 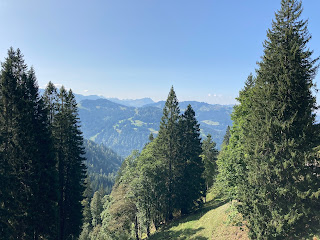 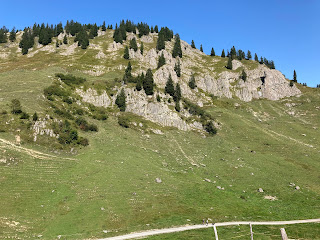 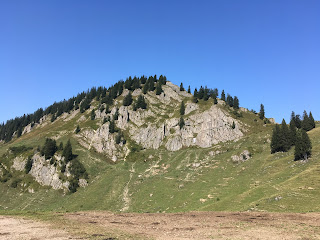 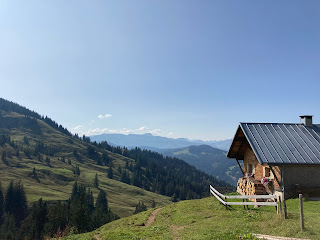 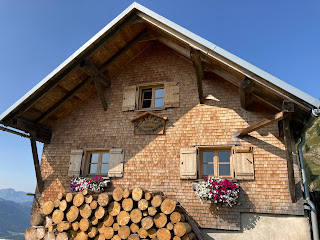 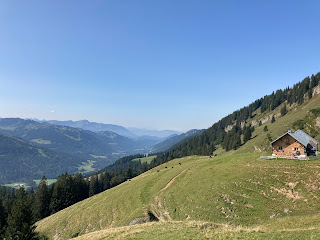 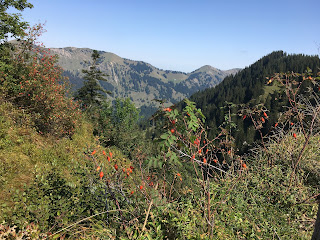 The comfortable path ended at the hut, and now it was a narrow rocky dirt path, with a set of steps, almost like a ladder, up one particularly steep slope. I used my photo stops just as much to catch my breath as to admire the view and take pictures! 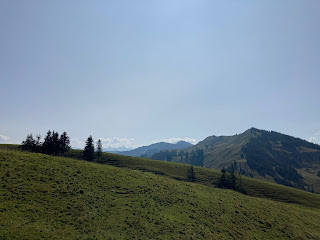 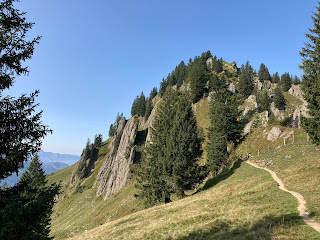 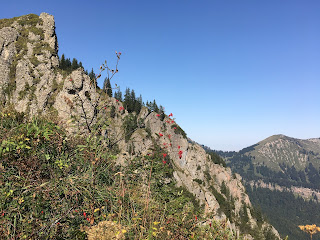 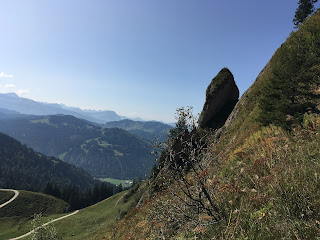 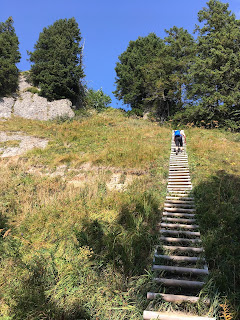 And then we were there, at the top of the Siplinger Kopf! Admittedly, the Riedberger Horn (where we'd been two days before) is a little higher at 1,787 m, but this one certainly felt higher in that it was more difficult to reach. 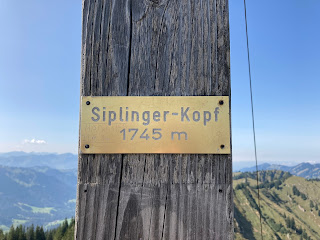 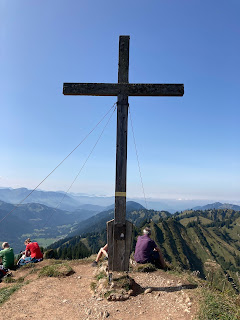 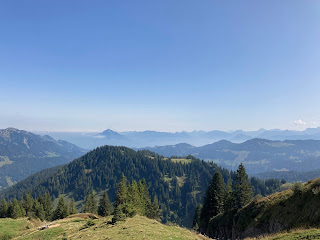 I have no picture of either of us on top of the mountain; there were other hikers about (some with dogs), and we did not want to wrestle for space with them. Instead, we chose a spot a bit removed from the small groups of people to rest, drink some water and eat the snack we'd brought. Most of all, we took in the fantastic views in all directions.

The most challenging bit was yet to come, as part II will show.