Earlier this year, thanks to Graham, I learnt the term "Gabion Walls" (see this post for the context), and here I mentioned that stone walls have almost the same tugging appeal to me as doors and doorways.

Therefore, you can probably imagine how much I enjoyed the climb up to the Castello di Arco, in spite of it being quite steep in places and there for us at the end of a walk that had already been at least 7 km long, most of it in the bright sun at temperatures of around 27 Celsius or more. 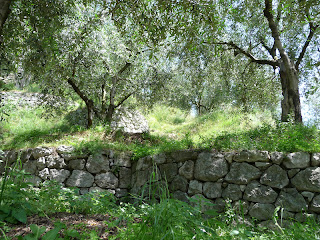 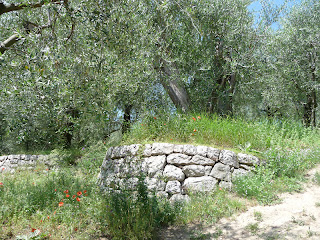 The sight of these olive orchards with flowers and stone walls was so beautiful, I wasn't even that interested in getting to the actual castle anymore.
We still did, of course, and were rewarded with magnificent views across the small old town of Arco, which sits right next to Riva, separated from it by Monte Brioni, a nature reserve. 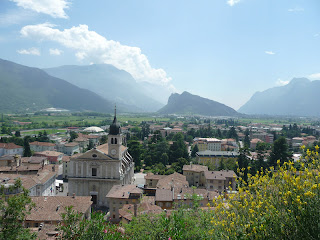 Already around the year 1000, the castle was mentioned in documents, but most of what is visible today received its characteristic shape about two centuries later. The castle was abandoned in the early 1700s and made accessible to the public only in the 1980s. 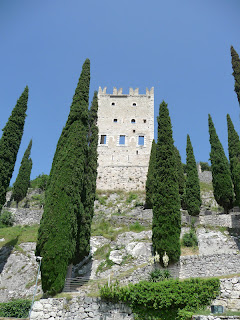 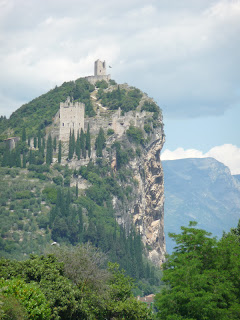 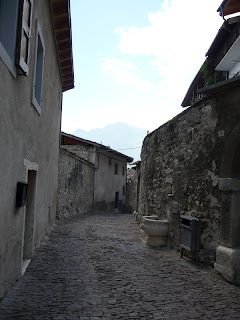 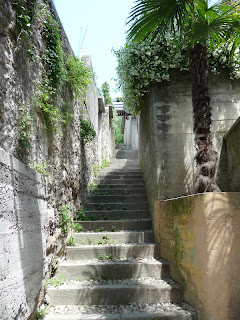 On our way back from Arco to Riva, we decided to walk a different route... which took us longer than expected and wasn't quite as pleasant as the way there, because it wasn't on foot paths but along roads which, although there was not much traffic, were a little dangerous at times with their many curves and drivers of the few cars clearly not expecting any walkers. 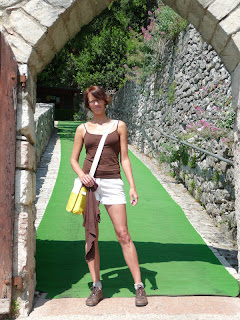 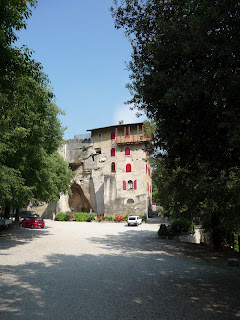 Had we not chosen that route, though, we would not have come across this unusual house, partly built into and onto the rock; it is a restaurant, and we would have certainly gone there one evening for dinner if we had stayed longer than the one week.

Does anyone know what this beetle is? 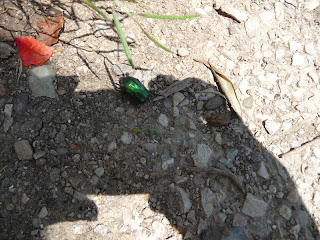 It was about half as long as my thumb, and just as thick, and we were very careful not to step on it.

The following day, we were in the mood for slightly less walking and drove to Verona, but that is certainly worth its own post :-)
Posted by Librarian at 18:53