Too long for a short story, too short for a novel, this book first published in 1899 can probably be best described as a novelette. It deals with the old question “Love or Wealth”. 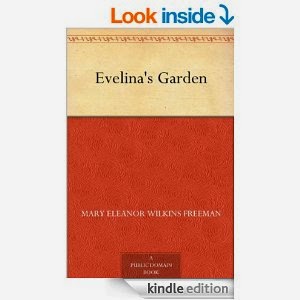 The reader first meets Evelina when she is already an elderly lady, living as a recluse on the outskirts of a small New England town. She holds herself separate from the rest of the world by means of a high hedge and has not left her house and garden for forty years. All she seems to care for is her garden, and it is such a beautiful garden that the children (and some adults, too) cannot resist making small openings in the hedge to sneak a secret look every now and then.


Some older people still remember Evelina from when she was young and very beautiful and would still attend religious meetings every week. There is, of course, a hint of an unhappy love story being at the heart of Evelina’s retreat from the world, but nobody knows anything for sure.


One day, a young woman appears at Meeting – named Evelina, too, and strongly resembling the young Evelina of old. This new Evelina is a niece of the old Evelina and has come to live with her elderly aunt after the death of her father and the lack of means to support herself. Soon, a member of the community discovers his feelings for her, and even manages to speak to the young woman. But Evelina is almost as shy and reclusive as her aunt, and at first it looks as if the young man will never get a chance to speak to the girl properly.


Finally, the couple can declare their love for each other, but then the old Evelina dies and leaves her house and garden to her niece on the condition that she never marries.


How will Evelina decide? Her young man is not wealthy, and she does love the garden nearly like her aunt did. Will she forfeit wealth for love, or the other way round?


The outcome of the story was not hard to guess. Still, this book was a very nice read, of a gentle, faded elegance you don’t find in modern works. There are some half-hidden humorous bits, too, as if a good-natured and polite lady was softly laughing behind the cover of her slender hand. I found this – surprise, surprise! – as a free ebook on Amazon’s Kindle store and read it in less than two hours one snowy afternoon last weekend. 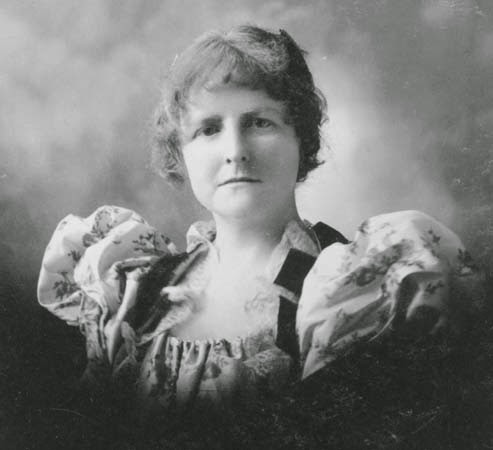 About the author: Mary Eleanor Wilkins Freeman is another one of those amazingly prolific writers who were popular and well-known in their day but are as good as forgotten now. She lived from 1852 to 1930, married at age 50 and was the first recipient of a Medal for Distinction in Fiction from the American Academy of Arts and Letters, according to Wikipedia. An interesting biographical sketch can be found here.
Posted by Librarian at 19:22