"The Poetry of Architecture" was my reading companion on the train trips to and from work for several weeks. This collection of papers by John Ruskin was first published in 1838. 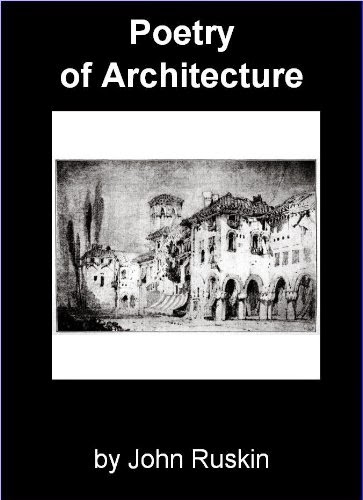 Although the free copy I downloaded from Amazon’s kindle shop came without illustrations, I was able to picture quite well most of what the author so vividly describes.
Apart from being vivid, at times his descriptions are also amusing; for instance when he says that

“…nothing can be more absurd than the humor prevailing at the present day among many of our peaceable old gentlemen, who never smelt powder in their lives, to eat their morning muffin in a savage-looking round tower, and admit quiet old ladies to a tea-party under the range of twenty-six cannon, which—it is lucky for the china—are all wooden ones,—as they are, in all probability, accurately and awfully pointed into the drawing-room windows.”

The book is split in two major parts, one about The Cottage and the other about The Villa. Cottages and villas in different countries are examined, and Ruskin explains in detail why certain ways of composing a building will look perfectly harmonious in one country or one situation, but won’t work at all anywhere else. He tells the reader at length about what blue, green and brown country means, and what sort of building will look and feel right in each. He severely warns against trying to imitate a different country’s style as well as against using too much or badly executed decorative elements. Some of his reasoning may appear curious to a 21st century reader, but keeping in mind the times when these papers were compiled makes for an interesting glimpse into the way people of intellectual rank (and with a certain standing in society) were thinking.

In an online version of this book, I found all the illustrations. I understand that the sketches were made by the author. Here is a picture of what is described as “The Highest House in England” (at Malham); to Ruskin, the ideal of a mountain cottage: 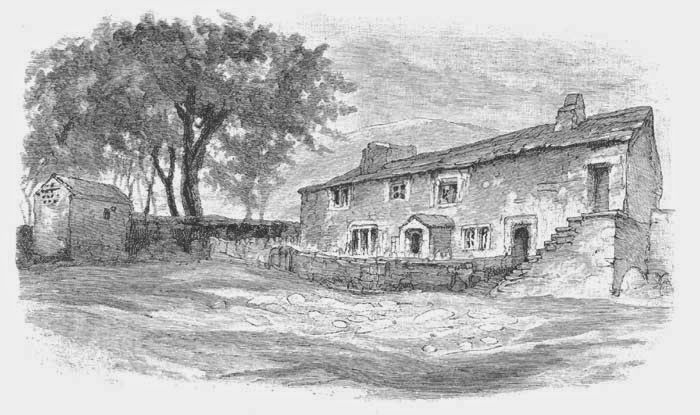 He has a lot to say about chimneys, of which he gives 18 different examples, describing and comparing them at length: 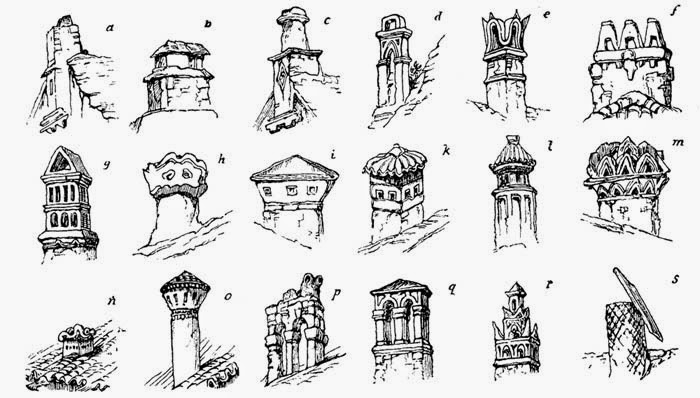 According to wikipedia, Ruskin (1819 – 1900) was the leading English art critic of the Victorian era. He is called “hugely influential in the latter half of the 19th century”. Admittedly, I’d not heard of him until reading this book, but he appears to have been a multi-faceted and –talented person whose many other works may well be worth reading. His personal life, as described there, sounds rather sad and strange. I do not want to go into any detail here, but if you want to know more, you will easily find out for yourselves.

I don’t say this book would work as an architect’s handbook of today. But it certainly was worth reading, even though some sentences were so long that they nearly covered an entire “page” on my kindle, and it satisfied my recurring want for non-fiction reads.
Posted by Librarian at 19:07