The day after O.K.'s first vaccination was Saturday, the 8th of May. Because of the doctor's advice, we decided on a walk that would neither be too long nor too strenuous, just to make sure; O.K. felt fine with only a bit of a sore arm.

We love viewing towers, and there was one not too far away where we had not yet been together, the Buchkopfturm near Oppenau.

There is a parking space nearby, adjacent to a large meadow where paragliders have a base for their flights (do you say flights or jumps with paragliding?). As expected, many had found the day good for paragliding, and many more for watching them. For much of the walk, we saw them in the sky; at one point, we counted around ten in the air at the same time. 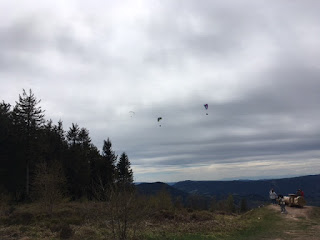 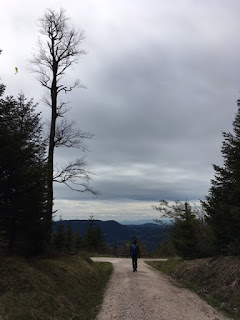 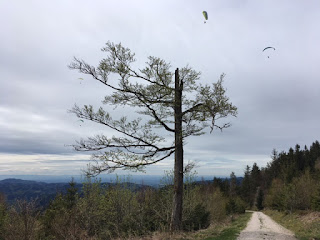 The path to the tower started on a rocky downhill bit but then eased into a comfortable forest road. We did not encounter many other walkers, but there were small groups of people at the tower. 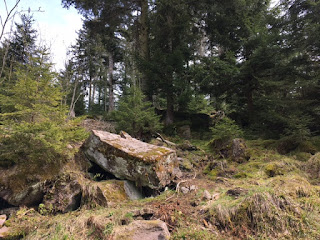 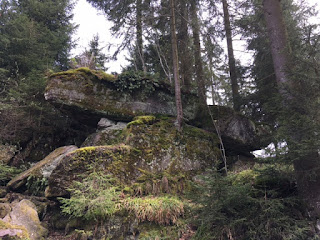 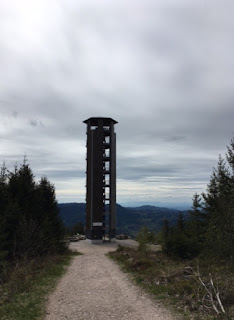 We waited until one group came down before going up - there is not that much room at the top, and we wanted to keep our distance. 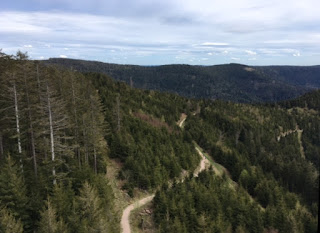 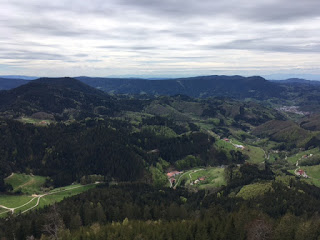 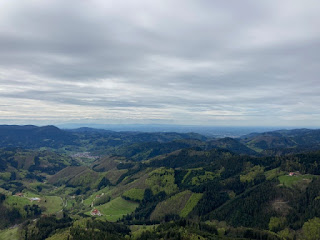 From there, we walked further down and through the woods before arriving at a place that normally operates as a shelter and restaurant but was of course shut. It offers nice views to the opposite side of the valley and the large hotel/restaurant complex of buildings. A couple of years ago, I accompanied O.K. to that place when the village band was booked there for a performance. Now it looks as if they have been enlarging it even more - I wonder whether they will get enough business to survive, since they had to shut like everything else during the last 14 months. 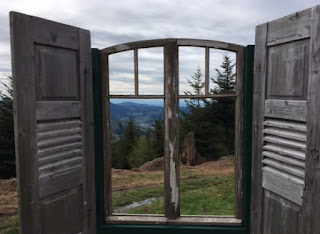 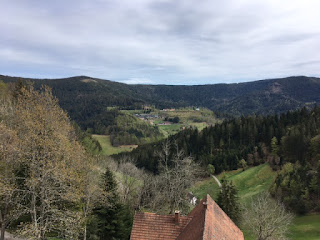 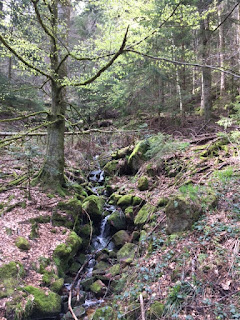 Before we arrived back at the parking lot and the paragliders' meadow, we came past another shut hotel and restaurant. They had a kiosk open on their parking lot, offering hot and cold snacks and drinks. We would have liked to support them, but neither of us was hungry or thirsty - we are now so used to bringing our own food and water, unlike in previous years when we could always rely on one place or other along the way being open, where we could have a shandy and maybe a snack. 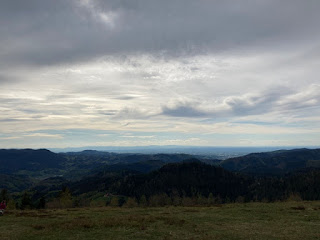 It was late afternoon and the gliders had packed up for the day. The sky didn't look as if there was going to be much of a sunset to see later, but once we were home at the cottage, the evening light changed completely, and we were out once more to enjoy the sunset, as you will see in my next post.