Apparently, the majority of people answer "blue" when asked for their favourite colour (this is a typical example of a useless tidbit of trivial information stored in my mind, while I am unable to remember my own mobile phone number and always have to look it up in my mobile when someone asks me for it).

On the 10th of February, my colleague and I went to work at a trade show. We spent all day talking to existing and potential customers about barcode scanners, label printers and other such fascinating stuff.


When we were already on our way out, we passed a booth that was not interesting for us, since that company were dealing in software only, and our business is hardware.


Still, the occupant stopped me, smiled at me and asked whether he was allowed to give me a small present - two tiny bright blue plastic containers, with the image of forget-me-nots printed on the lid. The company's logo, the carpet on the booth and the plastic containers were of exactly the same shade of blue as the jumper I was wearing that day, and he said he simply had to offer those little flower pots to me. 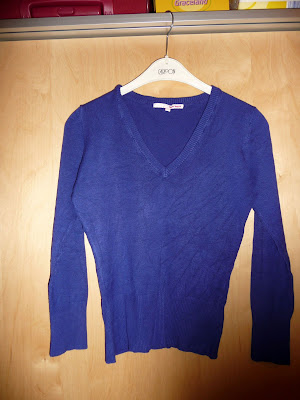 I politely smiled back, said "thank you", put the containers in my bag and only remembered them when I went to work the next morning and took out the stack of notes I had taken during the day at the fair.


Back home, I opened the containers and found a compressed "tablet" of soil and a transparent plastic bag with seeds in each one, along with a short instruction.


Following the instructions, I poured water over the tablets which expanded until the little flower pots were filled with soil almost to the rim, put the seeds in and placed the containers on the window sill in my bedroom.


They have been there ever since, and I never forget to keep them humid, bright and warm, hoping to grow my own forget-me-nots, which, incidentally, happen to be among my favourite flowers - for their colour as much as for their somehow old-fashioned charm. 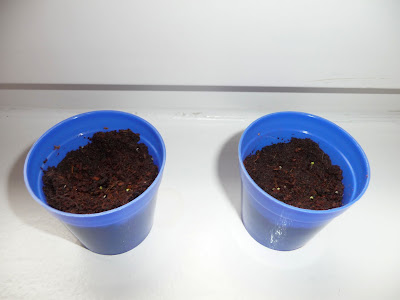 This is what they looked like on the 19th of February. 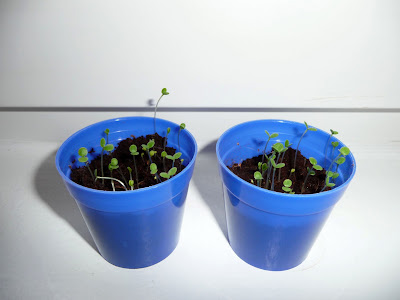 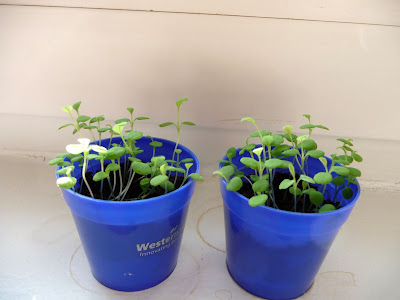 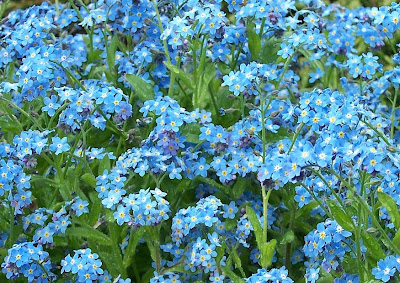