Many years ago (from 1986 to 1988, to be precise), along with about 50 other girls (and a handful boys) I attended Librarian School in a small town in the Black Forest, Calw. It was a great time; we learned lots and had even more fun, and I am still in touch with a few of my former class mates. Five years or so ago, three of us started to meet up again once or twice a year. We have been back to Calw and revisited some of our old haunts. The first time back there felt very strange; it was a mixture of nostalgia and relief. Now we’ve been back a few times, and focus more on the friendship we have now than on reminiscing. (I have written about last year's meeting here.)

On the first Saturday in August, we met again. This time, we went a little further afield, to a village a few miles from Calw, where we had been on several afternoon trips during our time at Librarian School.


Zavelstein is only the size of a village, but it has been holding town rights for centuries by some quirk in history. It is very picturesque, as you will see from my photos. 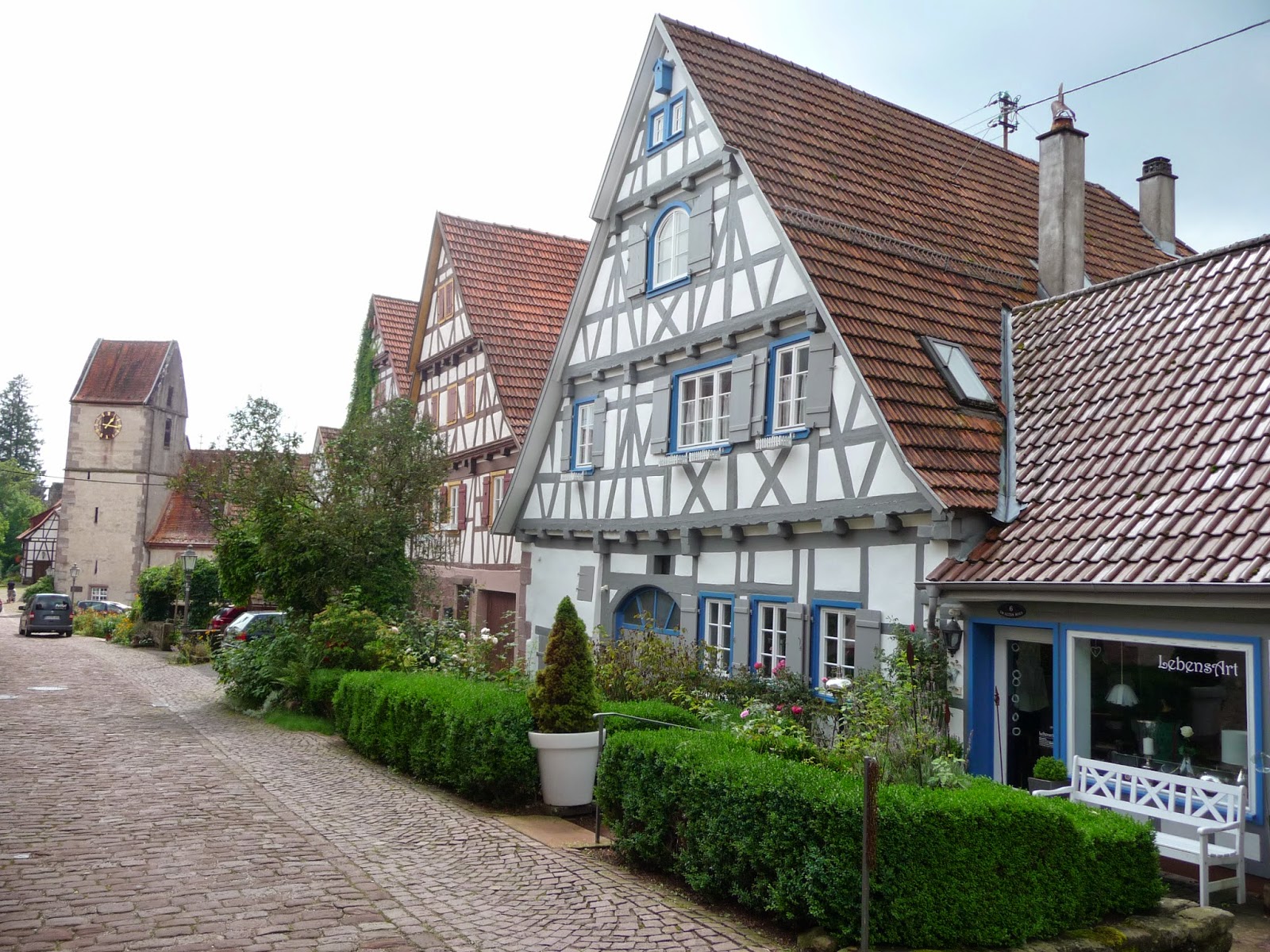 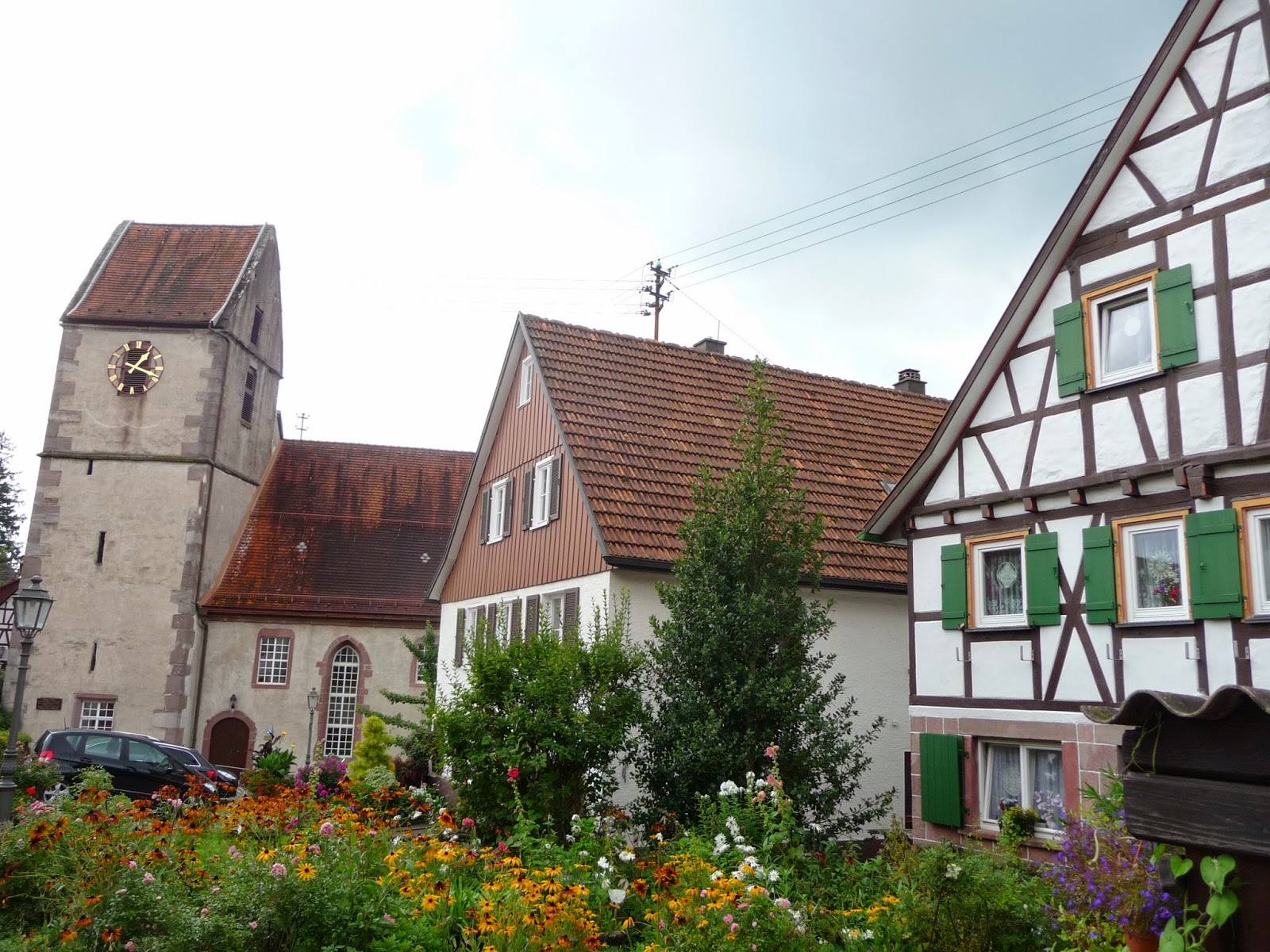 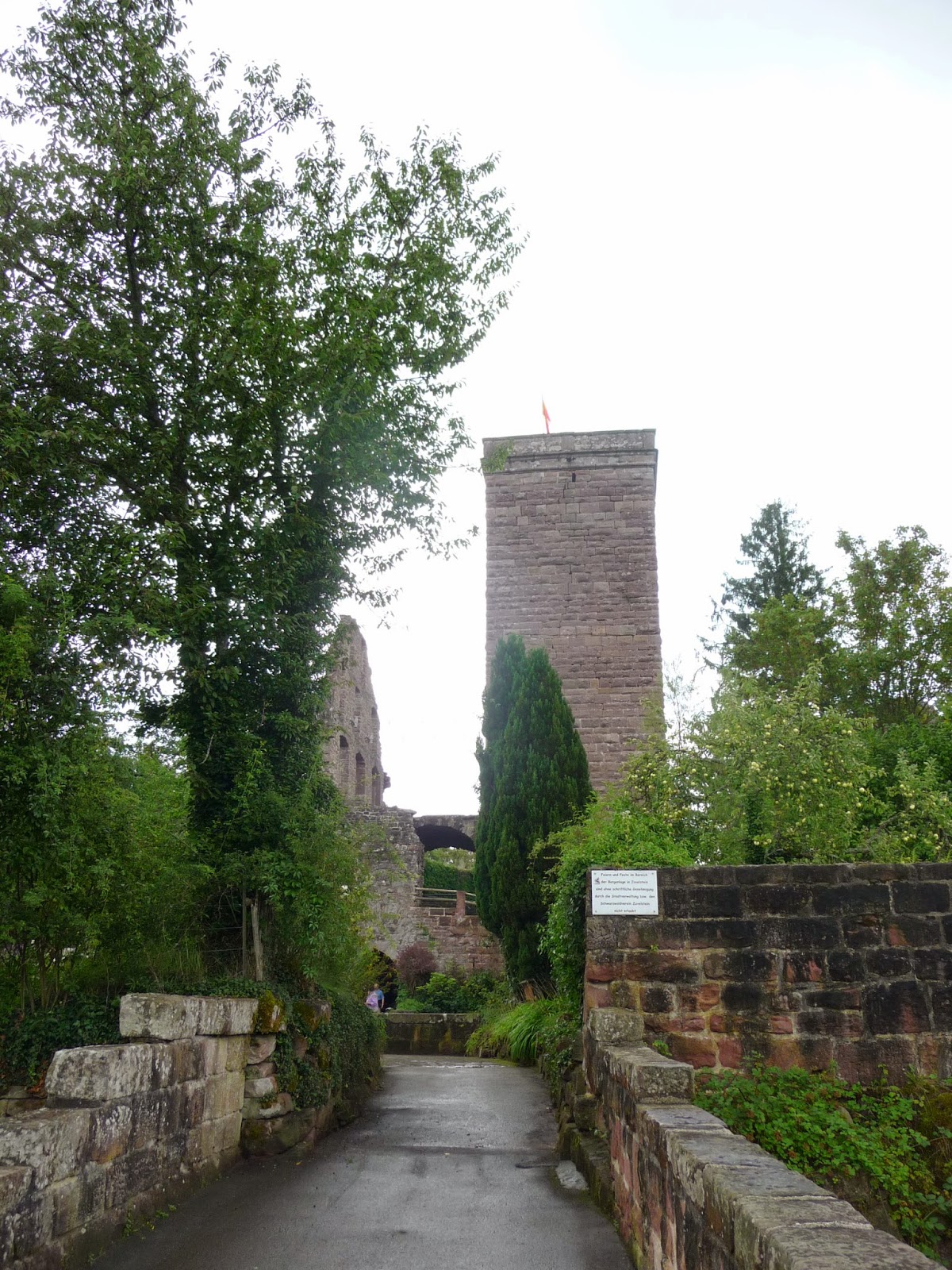 Its main feature is the ruin of an old castle, crumbling walls of red sandstone and a high tower to climb up and enjoy spectacular views from. Originally built around the year 1200, the castle saw several changes of ownership and the political unrest of nearly five centuries before it was destroyed by French troops in 1692. It was left ruined and never again rebuilt. By now, the town wasn’t important enough anymore; there was no strategical need for a castle in that place any longer. Until the mid-1970s, when communal administration was widely reformed in Baden-Württemberg, Zavelstein was Germany’s smallest town – no other place with so few inhabitants had town rights. 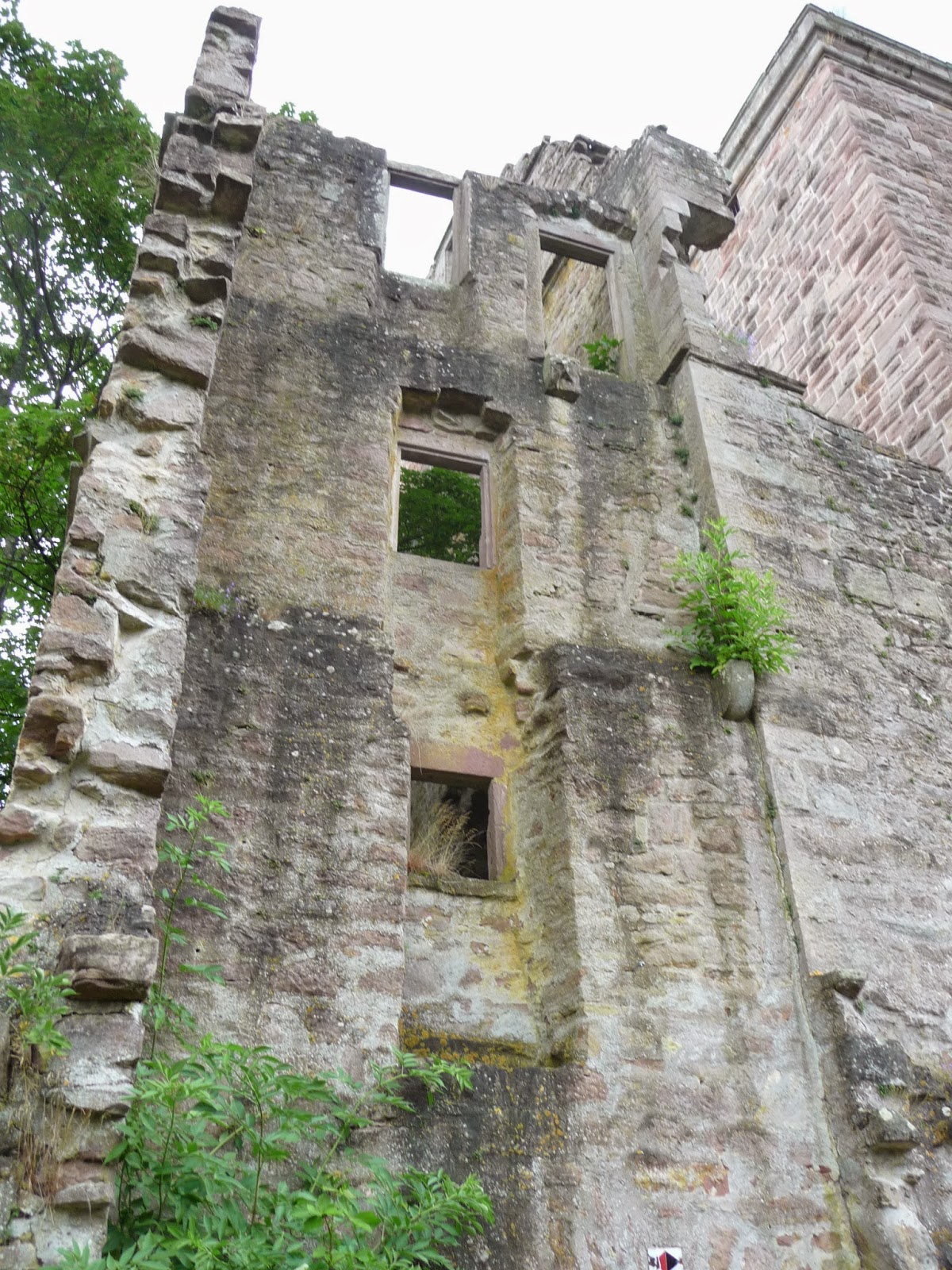 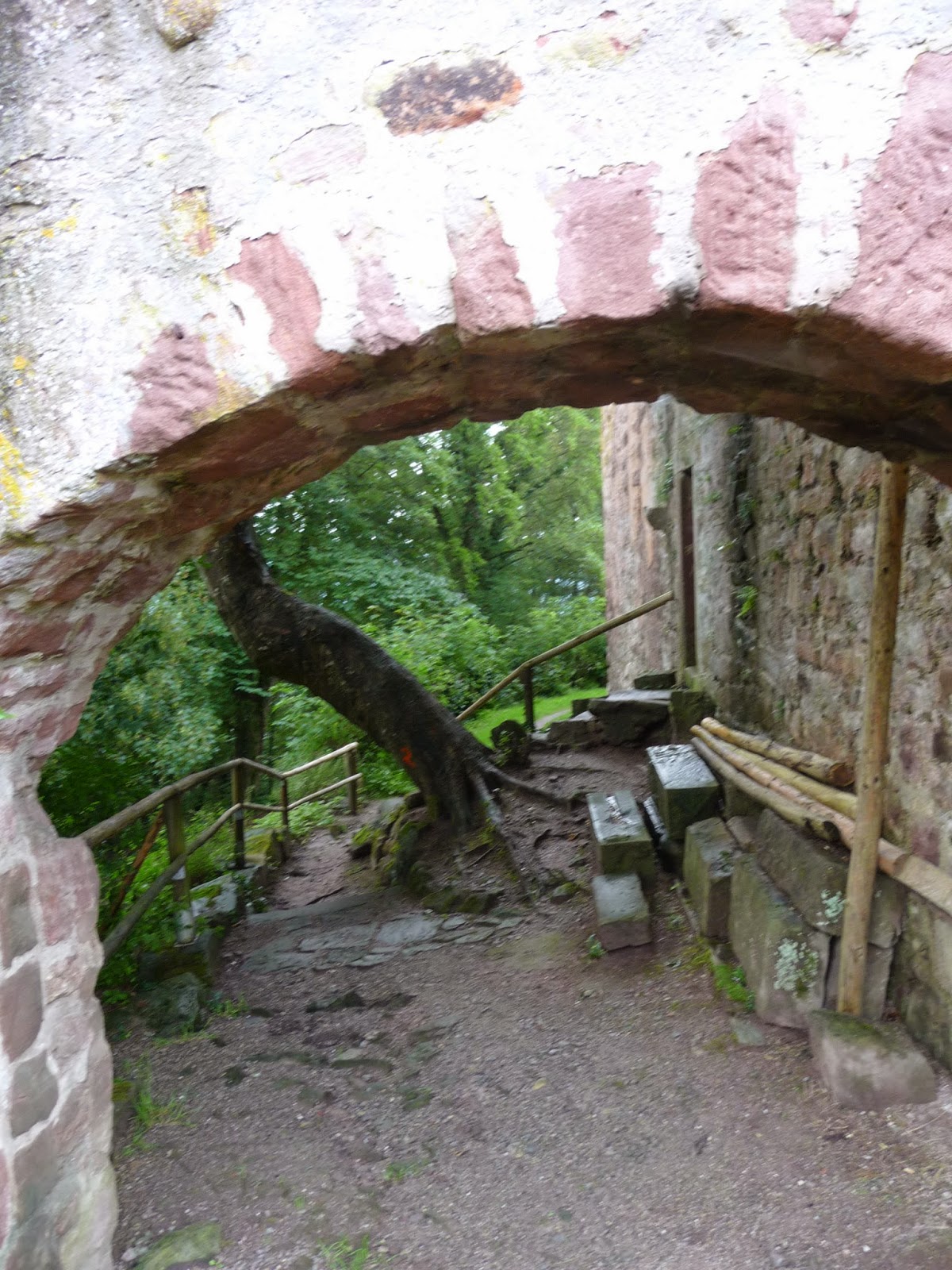 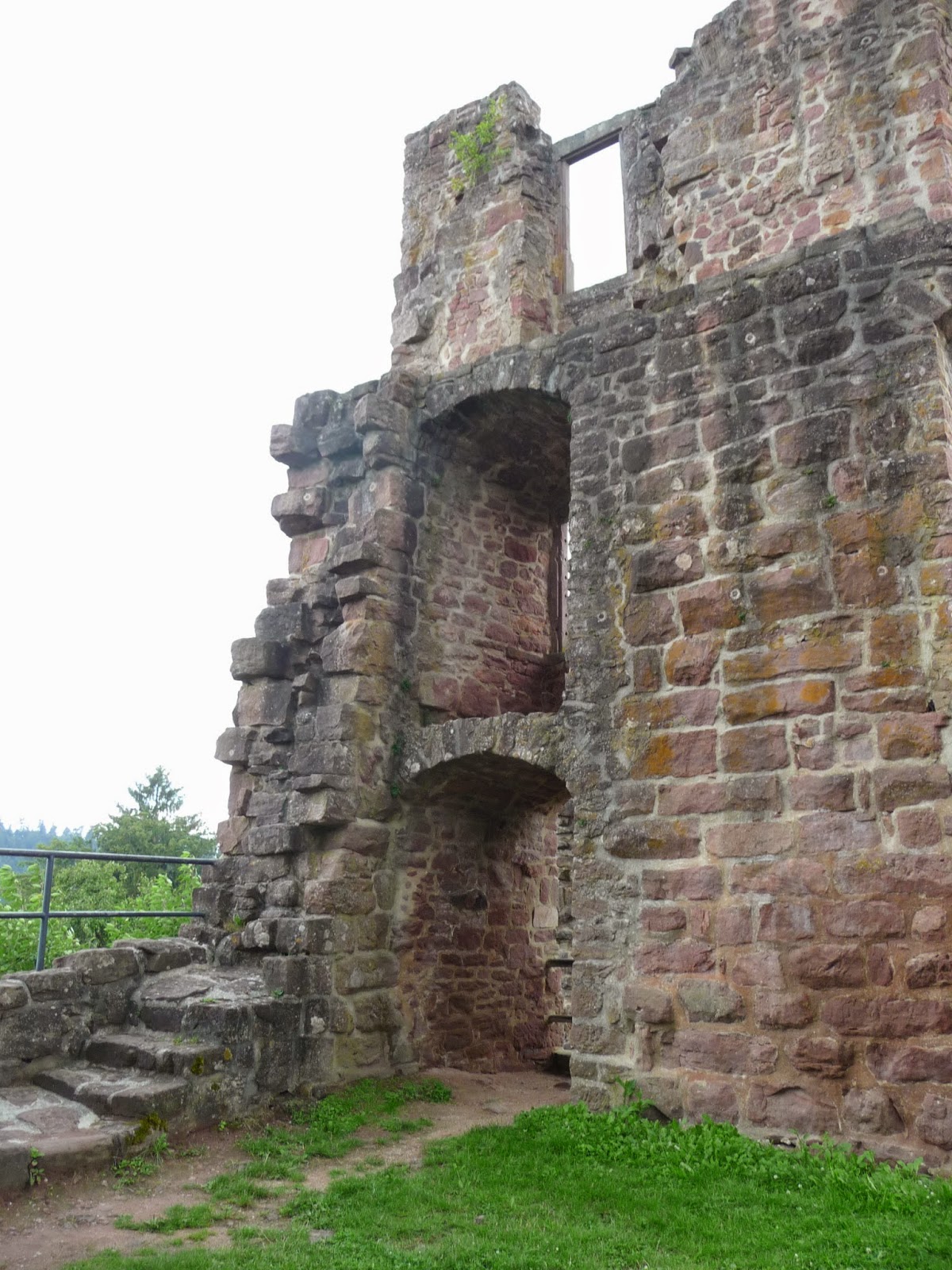 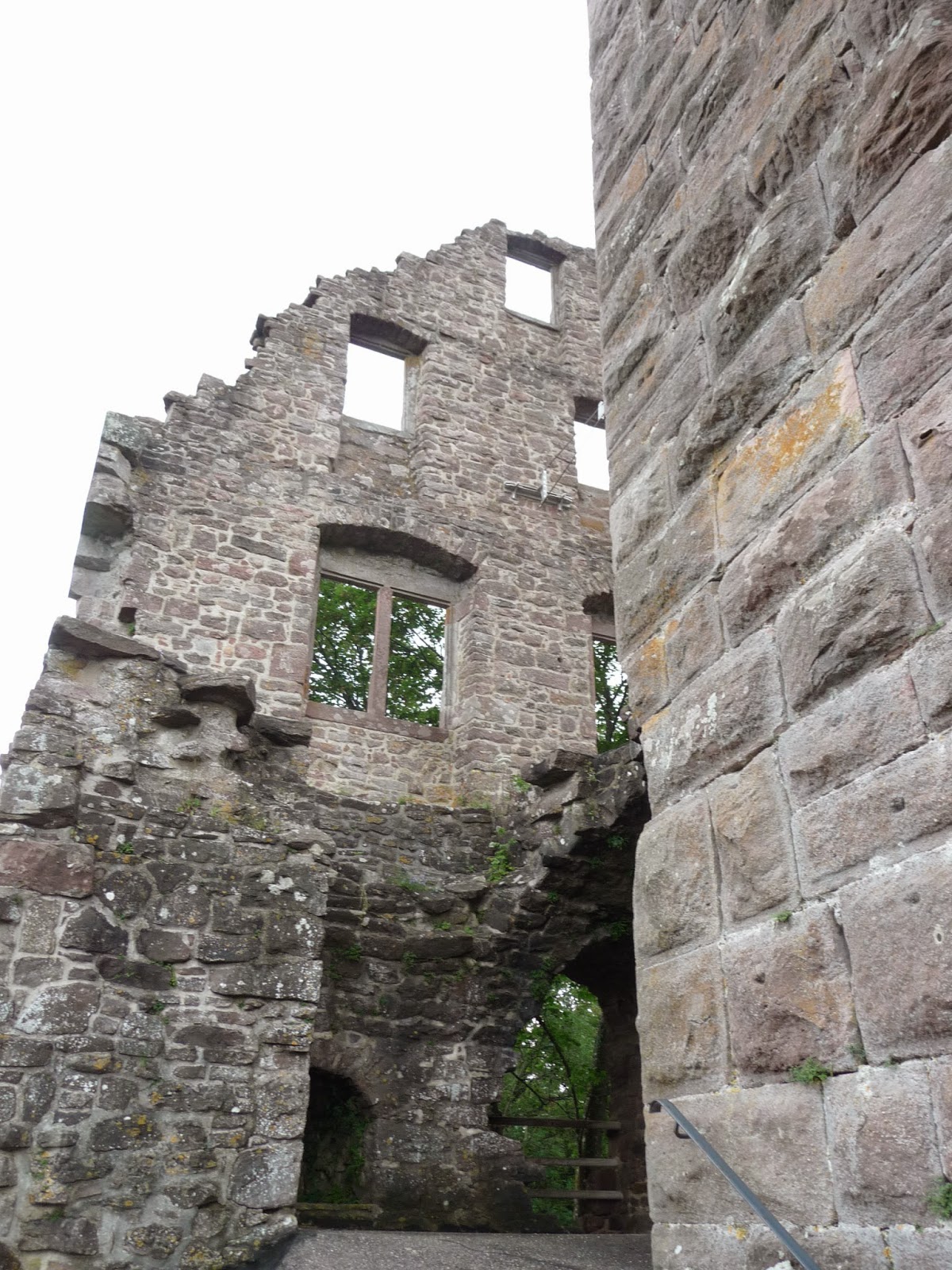 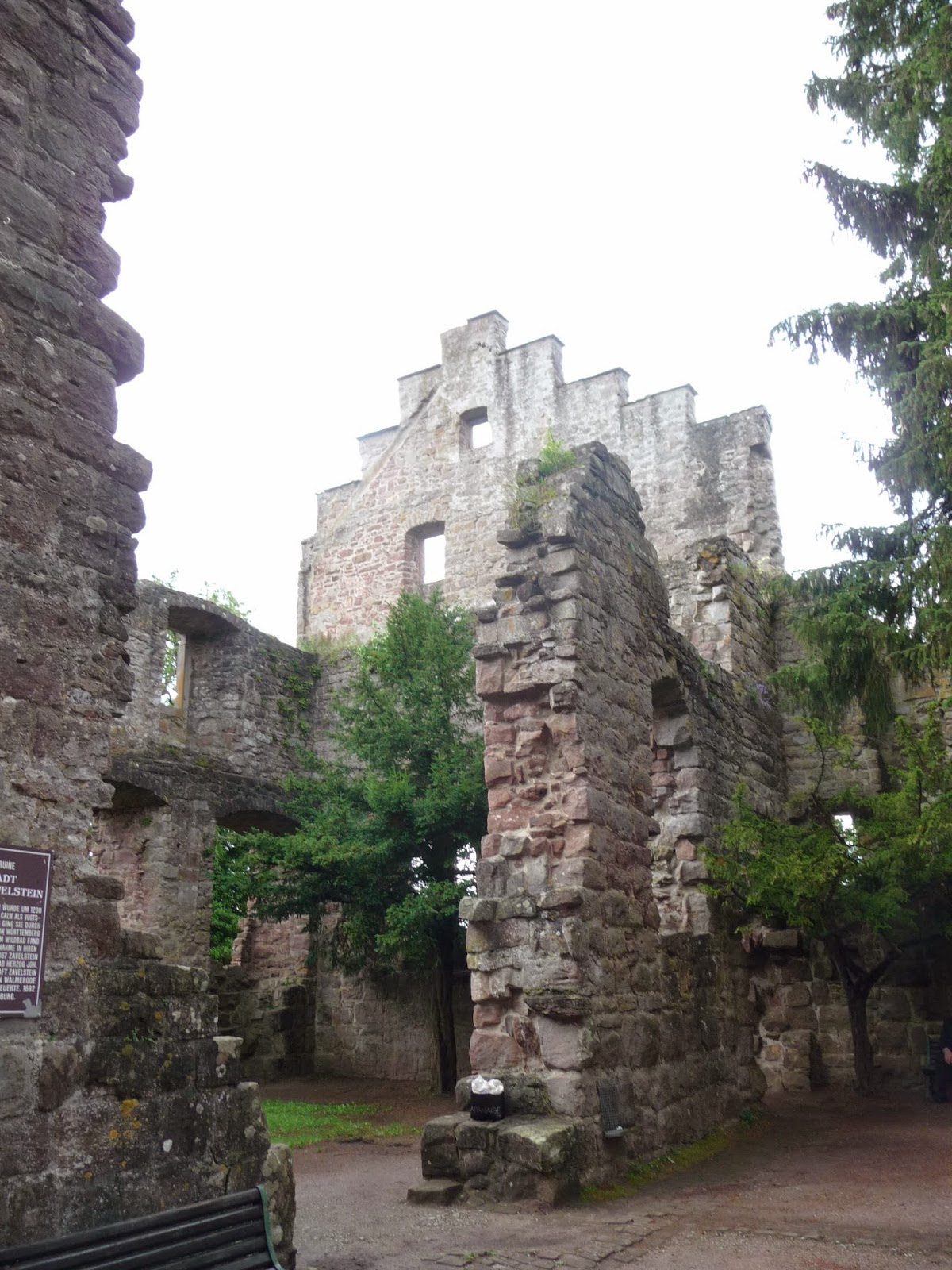 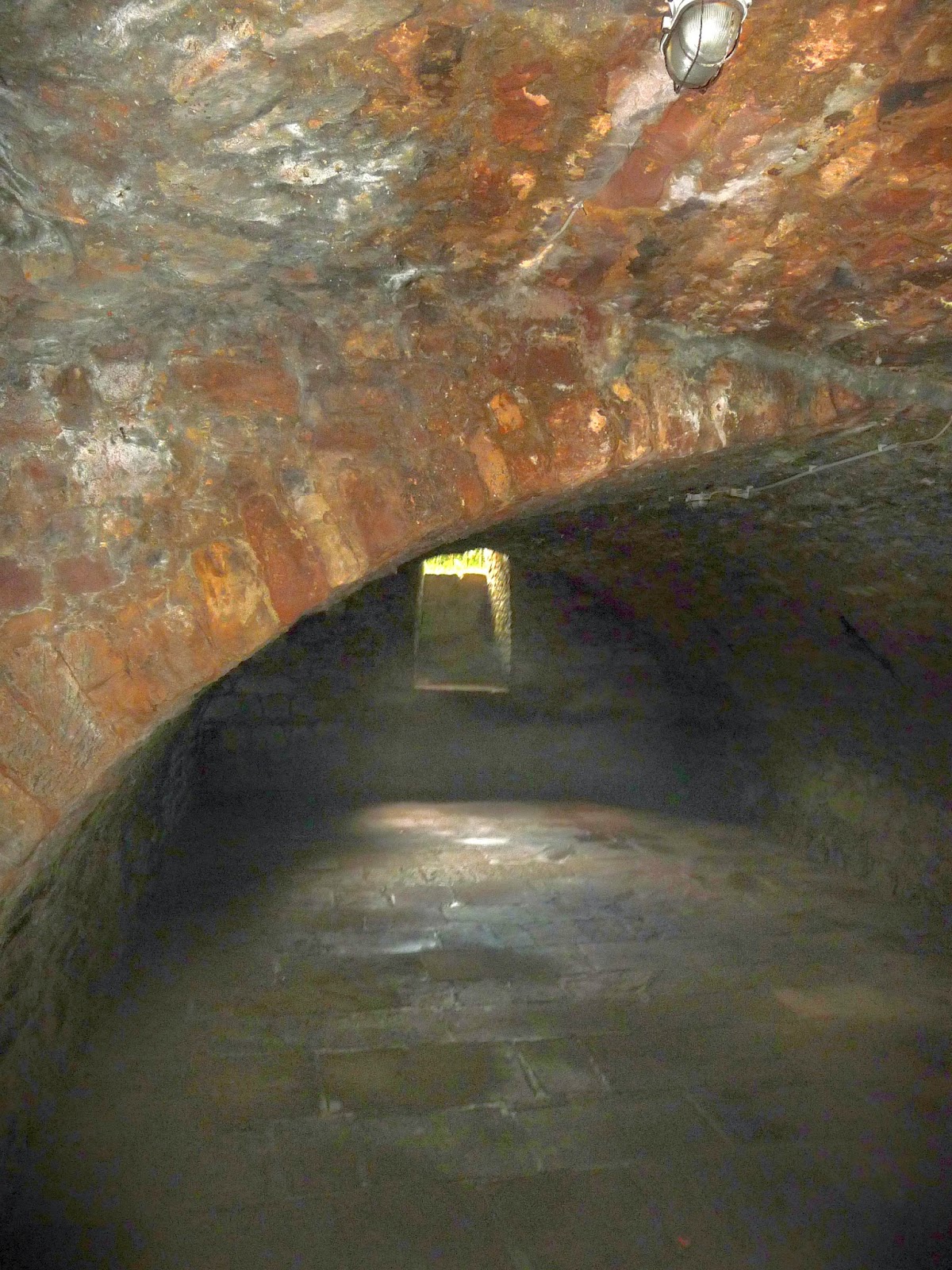 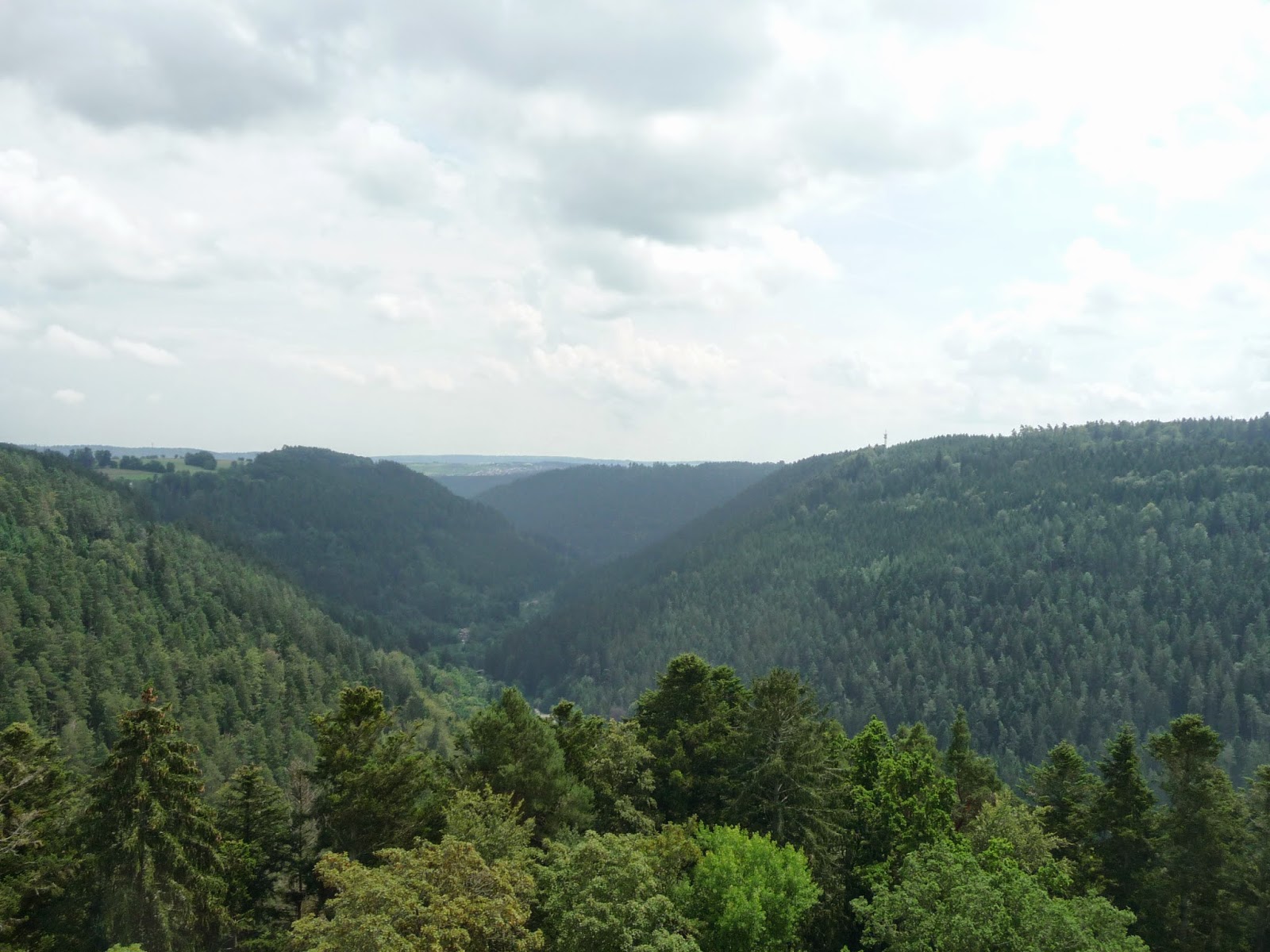 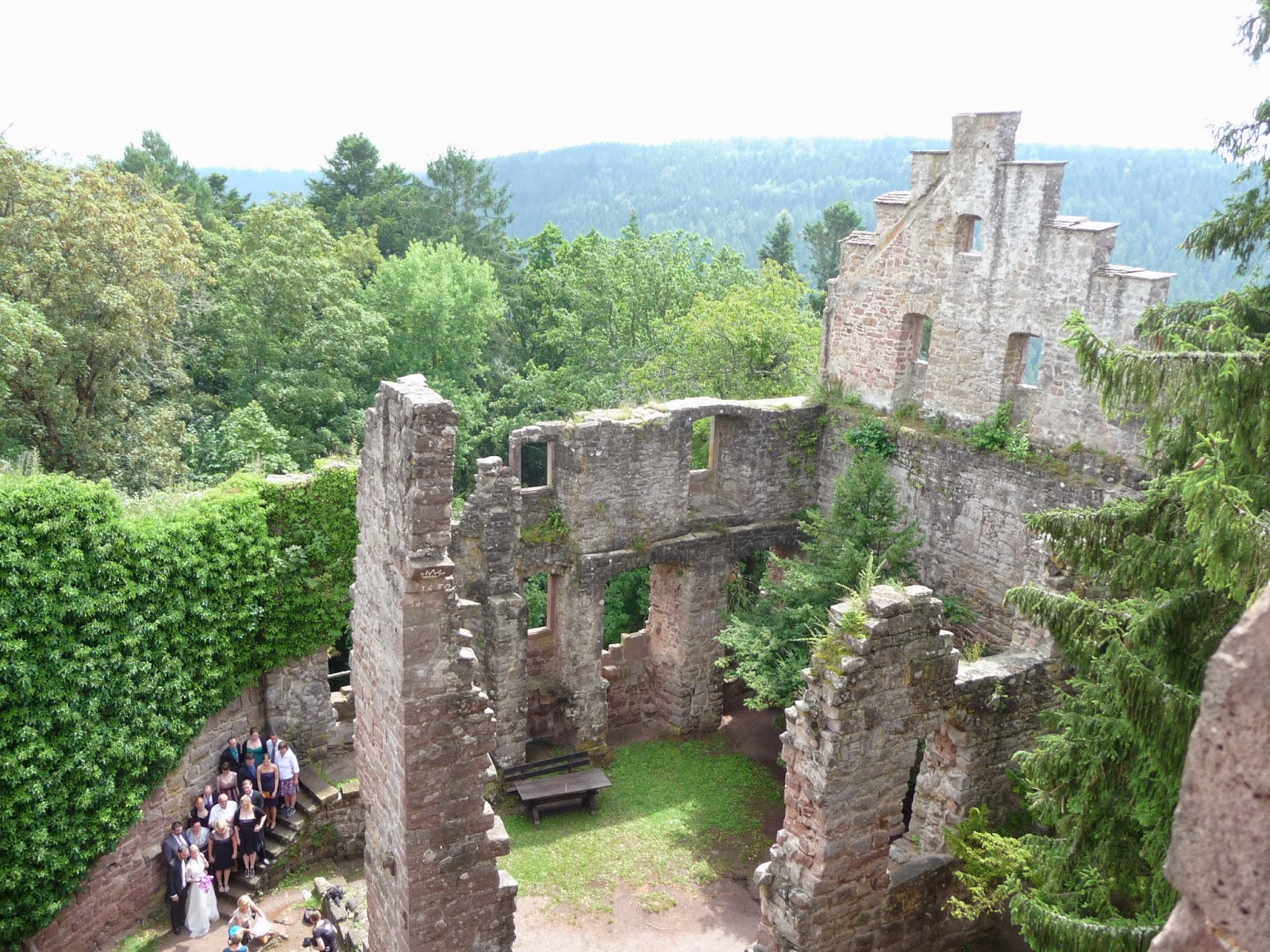 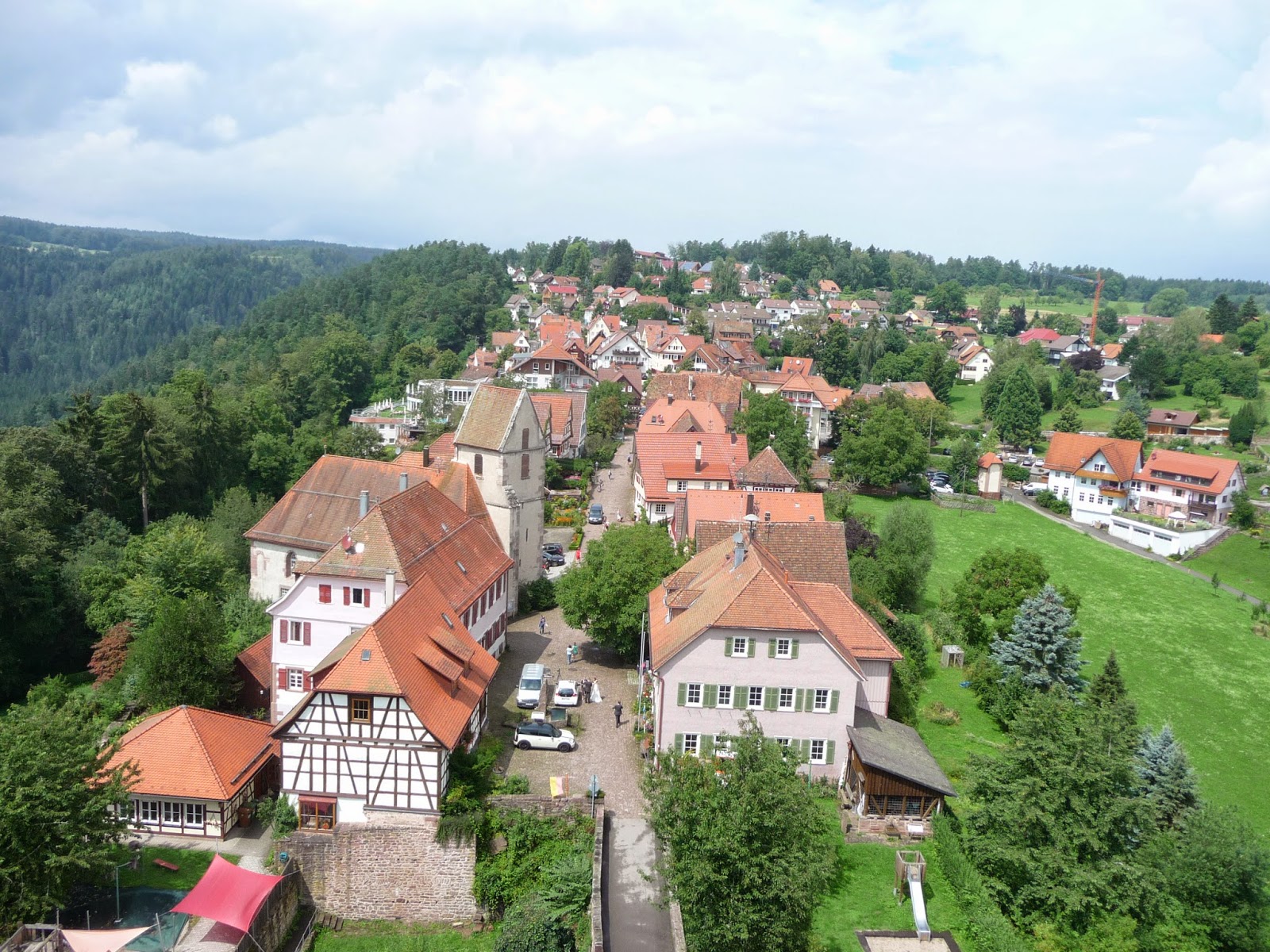 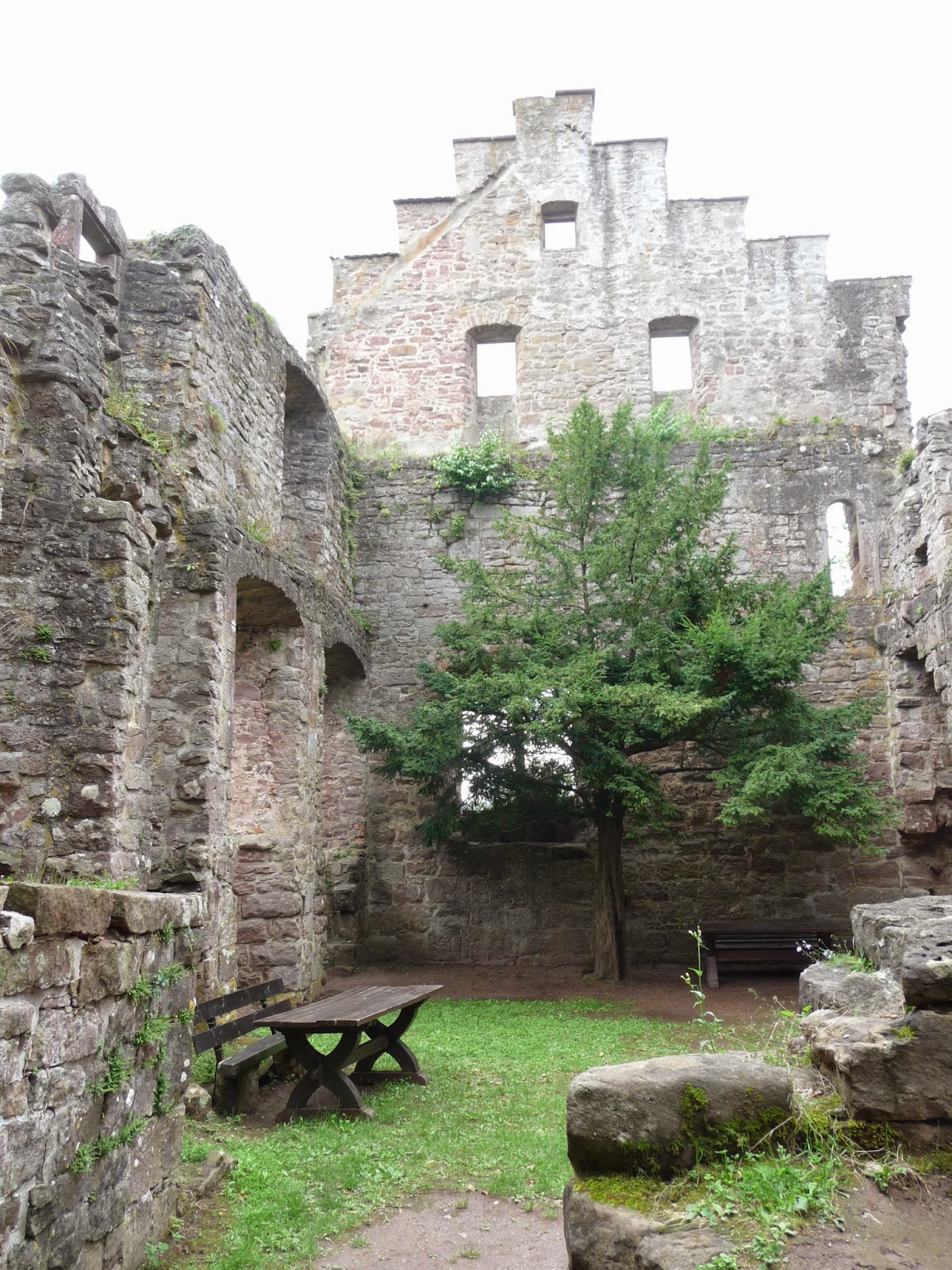 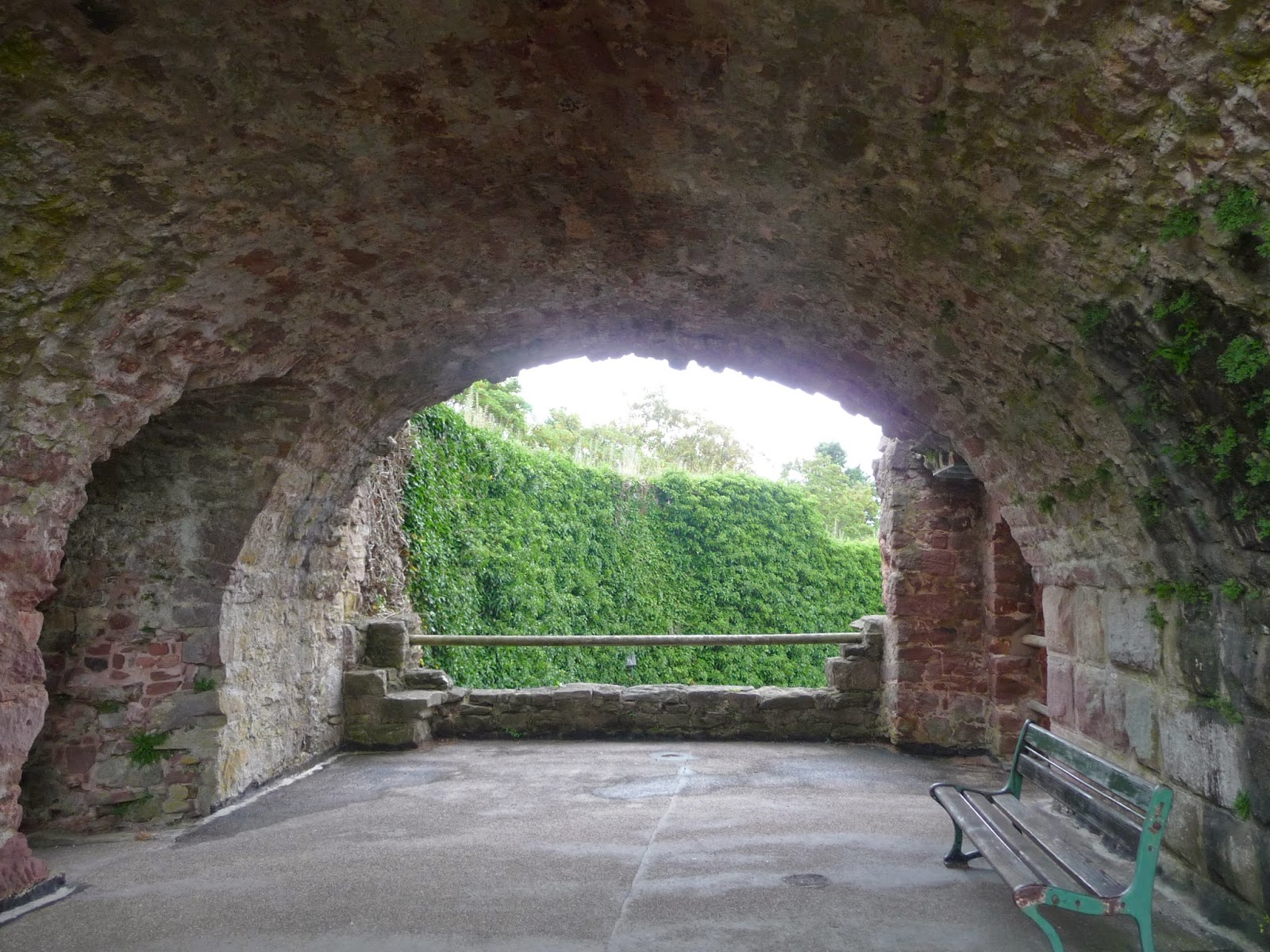 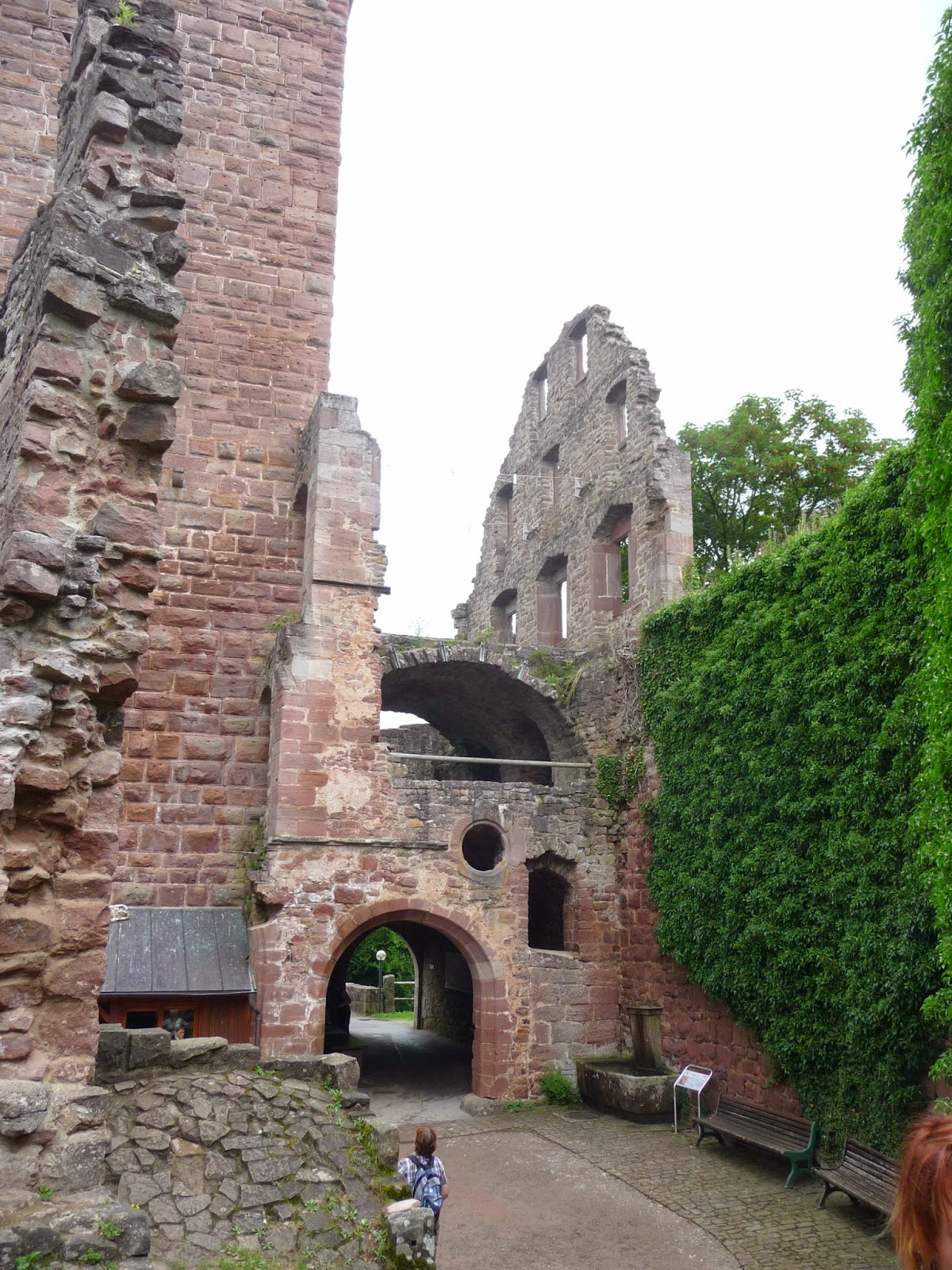 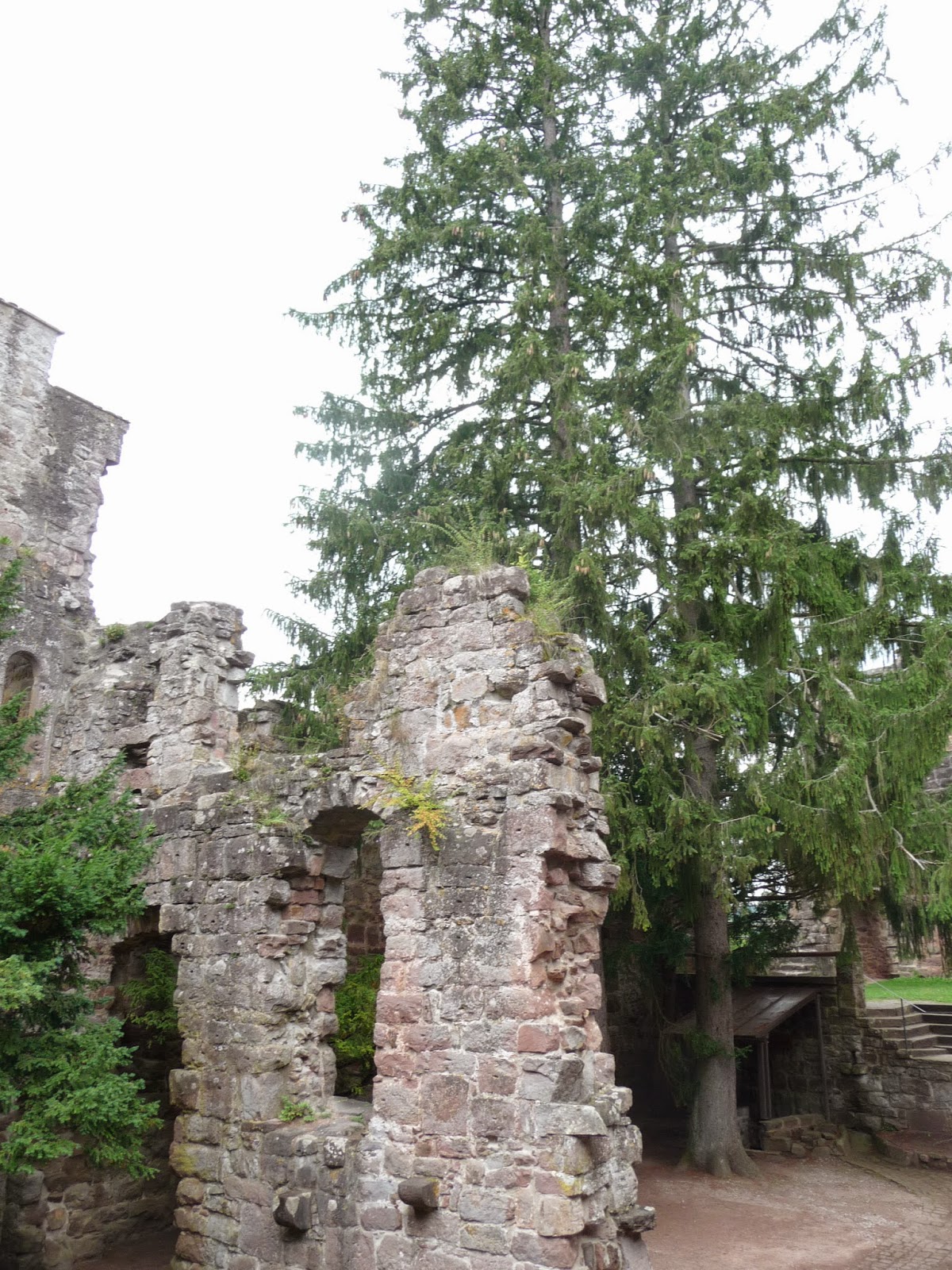 The houses along the main road show the typical style of the area, and we were pleased to see everything so well cared for. Every house and garden was spic & span, and every person we spoke to was friendly.
Still, we were unlucky in that the entire village (there are only about 700 inhabitants, so I rather call it a village than a town) was taken over by a wedding. One family in the village owns the hotel, a wine restaurant and a café, and it was their son and heir getting married on that Saturday. We hardly found a space for the car, and there were people in wedding party clothes everywhere, plus an entourage of photographers, caterers and other service people swarming around. It wasn’t easy to take pictures without dozens of people on them, but I succeeded in taking the ones you can see here. 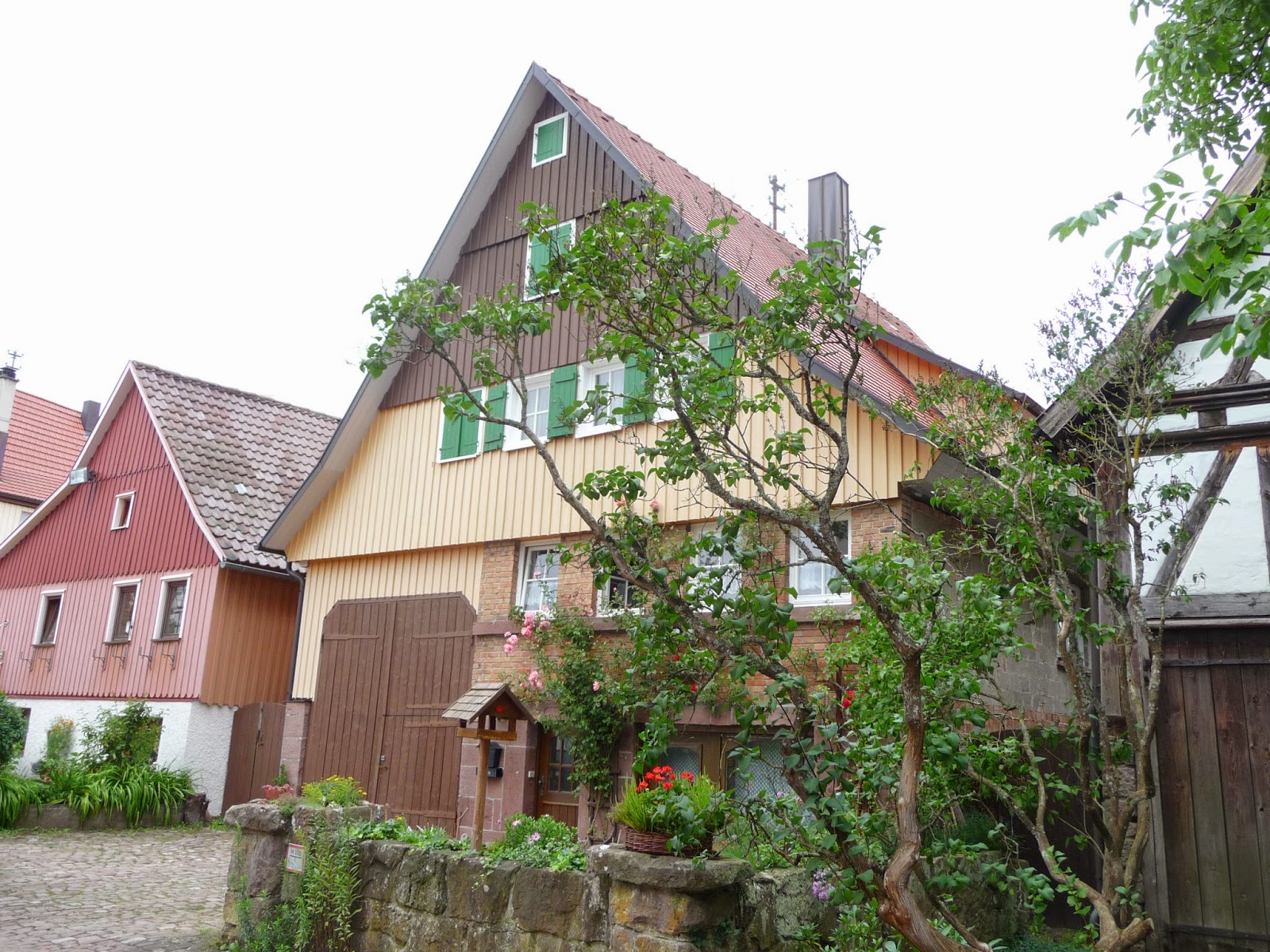 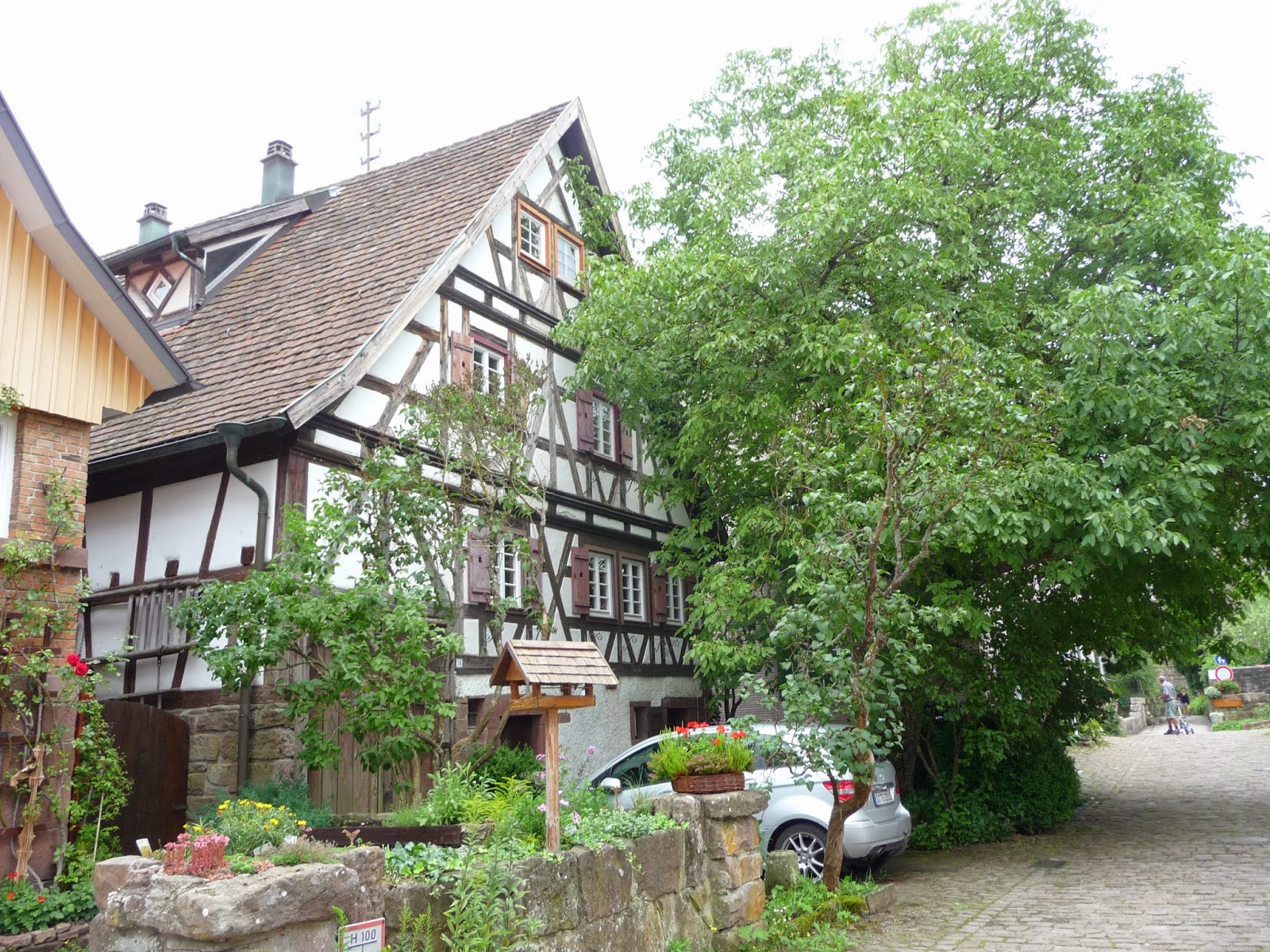 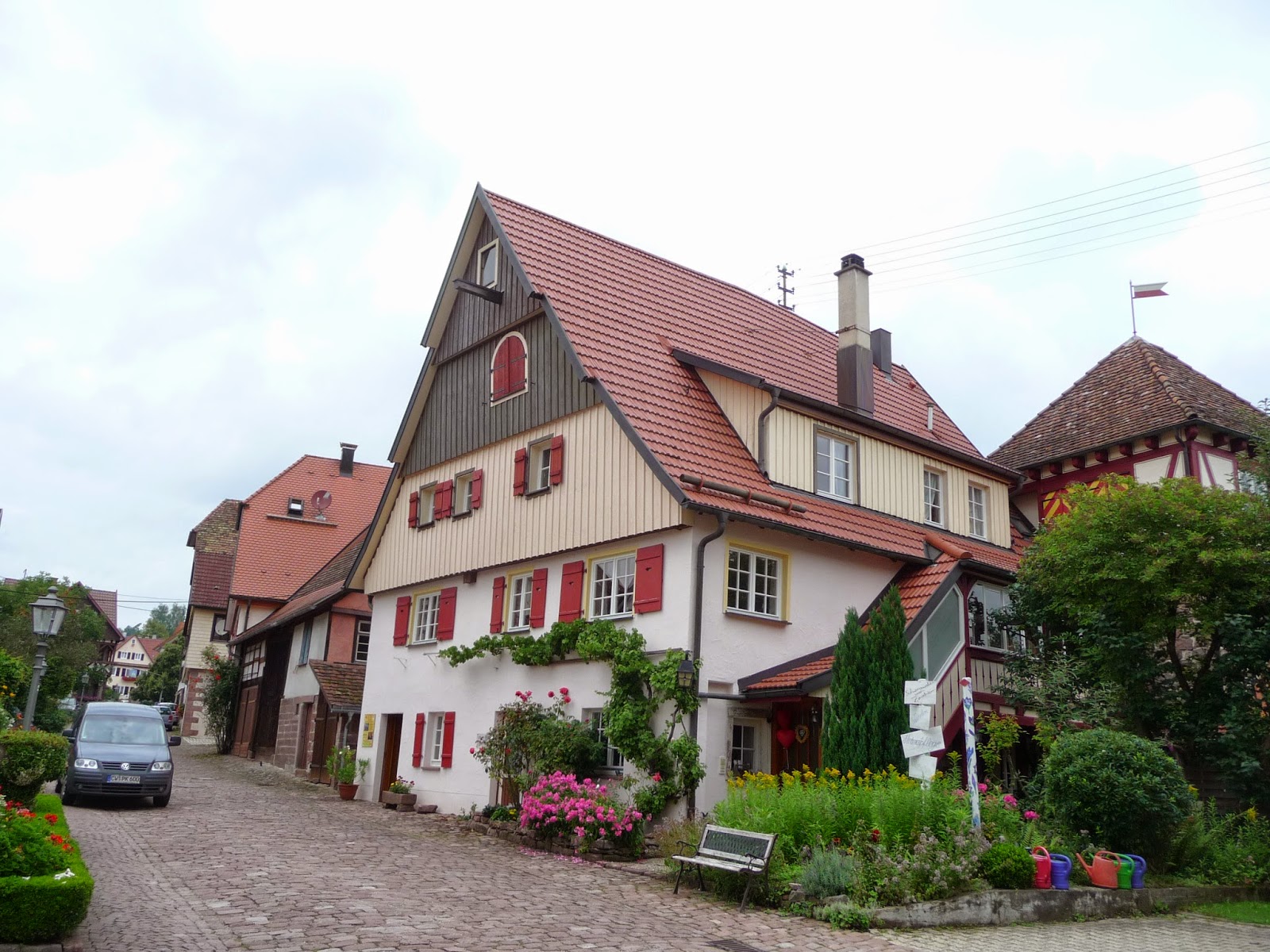 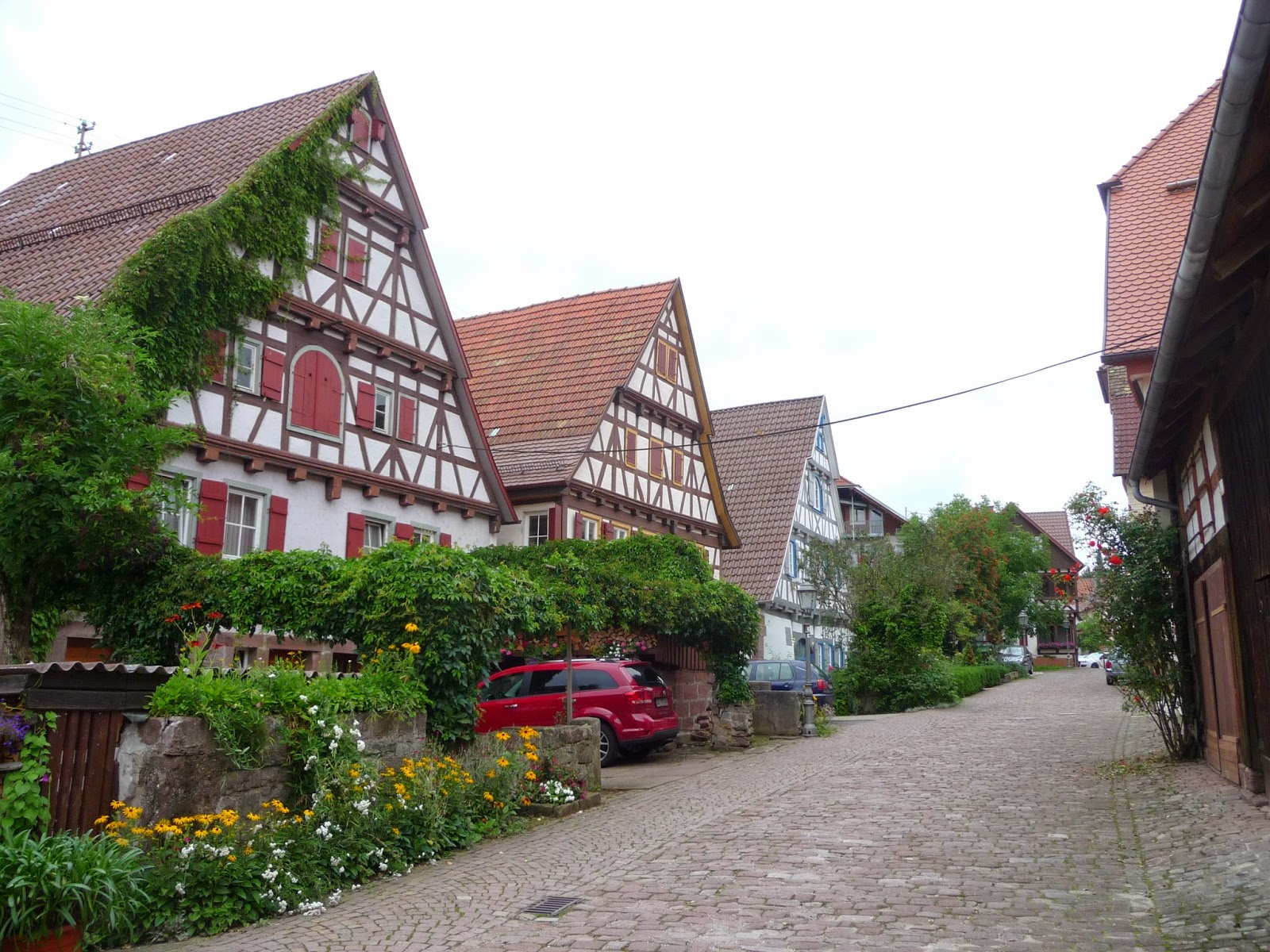 More important than getting people-less pictures was finding something to eat and drink! It was way past lunchtime when we finally managed to find a venue where we could not only sit down, but also expect to be served – the hotel, café and restaurant “downtown” were bursting at the seams, and we were told (in a manner that could have been more polite) that there was no way they’d be able to serve anyone who was not part of the wedding party.
A friendly elderly couple pointed us towards the “Wanderheim”, an inn a mile or so outside the village, at the rim of the forest. The plum cake I had was excellent, the way my Mum would make it, and a sizeable piece, too – not the tiny “model” portions you get in the inner-city cafés of Ludwigsburg! Only when we left the Wanderheim did we see the notice by the door that from 6.00 pm onwards, the house would be closed to anyone not part of the wedding party… And as we were walking back towards the car, the first guests were beginning to arrive, and the newlyweds passed us in an old sky-blue VW Beetle with a beautiful garland of roses strung across the front.

We drove the short distance to Calw, walked around the town as we usually do when we are there, and eventually sat down in a street café on the still sunny high street. It was busy, but there wasn’t anyone looking as if they had just been to a wedding! Altogether, it had been a lovely day, and we are already planning our next meeting – possibly in December, visiting the Christmas Market in one of the girls’ hometown.
Posted by Librarian at 17:40