„In the Closed Room“ by Frances Hodgson Burnett was first published in 1904. It is relatively short, not exactly the length of a full book, but too long to be seen as a short story. The author probably intended the book originally to be for children (mainly girls) ; it is a ghost story, but never scary, and hardly surprising. Along with The White People, the review for which you can find here, it presents a different genre of the longer stories Frances H. Burnett was so famous for ("Little Lord Fauntleroy" and "The Secret Garden", more than any others). 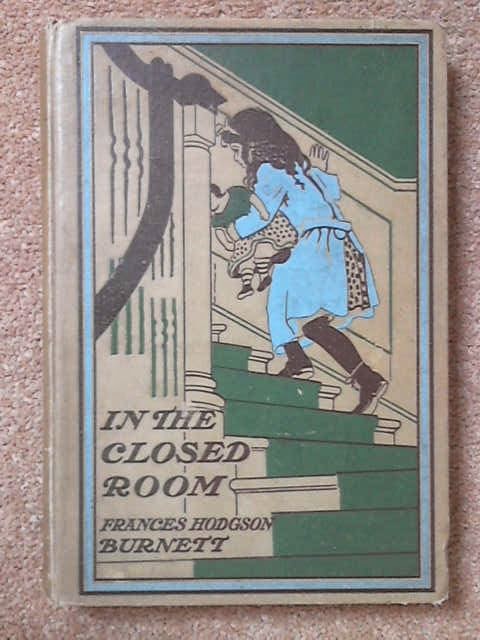 Synopsis: A little girl grows up with her parents in a working-class environment in New York, where housing conditions are unhealthy and the constant noise of the railway leading past their apartment provides the soundtrack to their everyday (and –night) lives. Nobody else seems to be much affected, but the girl is different: all she longs for is peace and quiet, none of the rough games other children play are for her, and she even looks different from her parents; much more delicate.
One summer, the parents are offered a job as caretakers in a villa by the park. The villa’s owners have left New York because of some unspecified trouble having befallen them, and apparently left in such great haste that the house needs to be put in order. The family move into the spacious servants’ apartment in the basement, and while the husband still goes out to work every day, the wife and her little daughter explore the large, handsome rooms of the house and do the required work. They have access everywhere but one room on the top floor, The Closed Room.
Soon, the little girl starts wandering off on her own, discovering a house so beautiful as she has never seen before, and feeling very much at home in it. She even finds a friend in the house – another little girl, as delicate as herself, and they spend every day playing together. Her mother knows she need not worry; the little girl won’t break anything and always appears in time for her meals. 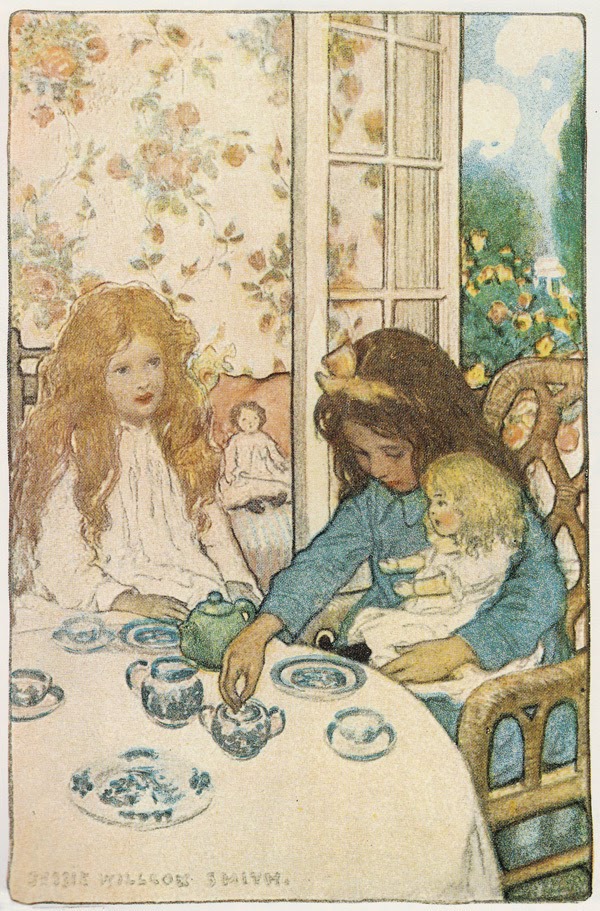 One evening after her usual playtime somewhere else in the house, the girl shows more than customary affection to her mother. But the next day does not appear to be any different… until the owner of the house makes an unexpected return. The secret of both the Closed Room and the little girl’s playmate are revealed.

I suppose you can pretty much guess the way the story goes without me telling you anymore. I enjoyed reading this in spite of the total lack of surprise; Burnett’s writing is of a quality that allows the reader to easily picture the places and people involved. The story itself is of a sad sweetness (I hesitate calling it bitter-sweet, because there is nothing bitter about it). I wouldn’t call it a “must read”, but it is certainly a nice read. It would be interesting to know how a 10-year-old girl today reacts to the story. I know I would have loved this story as a child.

Of course, mine was the free Kindle version from Amazon; the pictures are from elsewhere on the internet.
Posted by Librarian at 19:23