A work of non-fiction first published in 1912, “Rough Stone Monuments and Their Builders” gives an overview of what was the state of knowledge on the subject at that time. 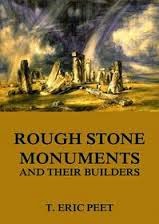 Thomas Eric Peet (1882 - 1934) goes about his topic in a systematic manner, starting by clarifying the meaning and differences of the various megalithic buildings such as dolmen, menhir, cromlech, allée couverte and many more. He presents the various types of monuments by country or region without neglecting the assumed time frames during which they were built and used. Also, he explains why certain assumptions were made, and presents arguments for and against differing theories regarding the origin and purpose of each type. Last but not least, he writes about the builders themselves – what kind of people were they, how did they live and work together, why did they make such enormous efforts.
In all this, he never fails to caution the reader that almost nothing can be proven with absolute certainty, but nearly everything is based on conjecture. He cites the work of colleagues and predecessors and gives a long list for further reading. The book Is richly illustrated and nicely divided into chapters – in short, a very good example of non-fiction, understandable for the interested non-scientist but not beneath the professional reader. I found it - of course - as a free ebook at Amazon's Kindle store. 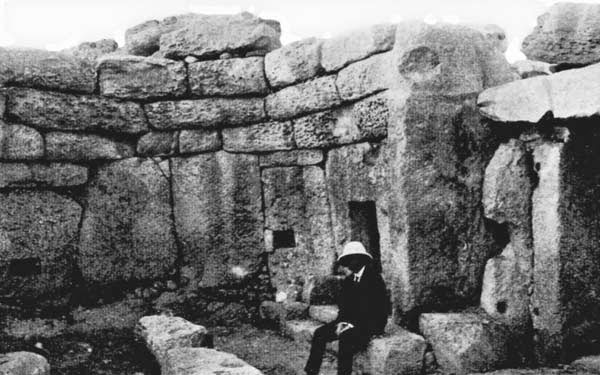 Nowadays we have so many computer-aided methods in archaeology; it is not difficult anymore to date a certain structure and to connect findings from one place with others. But still, If you think about it, a lot of it is guesswork and conjecture – as long as a people has not left behind any written testimony of their times and lives, we can never be entirely sure of our “facts” to be true (and even then they can be questionable. For example, in medieval times it was common practice to greatly exaggerate the number of soldiers and ships a ruler commanded, which makes it necessary to treat documents about battles with caution).

About the author: Wikipedia does not say much about him as a person, but from the dry dates one can assume that he did lead a life dedicated to science, namely Egyptology. He was Professor on that subject at Liverpool University – where my niece has started her studies in Egyptology two years ago. His birthday was the 12th of August – same as my Mum, who will be 70 next week!
Posted by Librarian at 08:23