Our last walk this autumn, before everything out there took on a more wintry look, was on the 21st of November. We spent that weekend at my place, and I wanted to go down to the river where I had last been more than two months ago. So, off we went with a rucksack full of good things and wearing warm coats, as it was a sunny but rather cold day after one of the first night frosts we'd had this season. 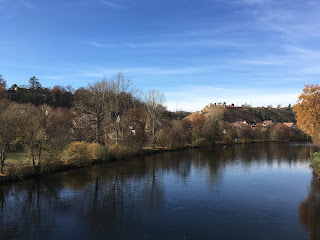 Most of the time, walking to the river means also walking along it, usually in the direction of Marbach, like in the post I have linked to above. This time, I suggested we walk somewhere less familiar, and we crossed the river on a foot bridge and went up the hill on the other side, through Neckarweihingen, which used to be a village in its own right but became a suburb of Ludwigsburg decades ago.

We stopped for our packed lunch at a sunny bench near the top of the hill before walking on through orchards and fields up there. 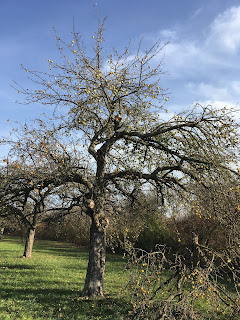 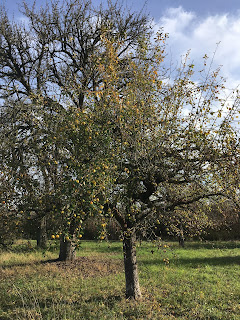 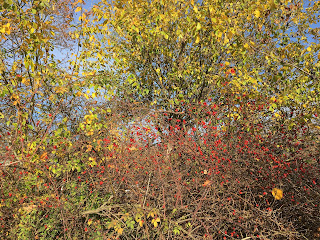 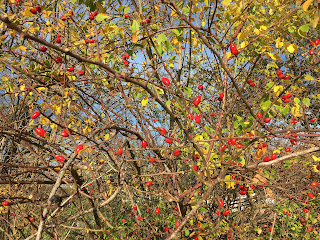 I knew where we were but did not know each and every path, and so it was a bit of exploring until we made our way back towards Neckarweihingen, this time approaching it from its newest neighbourhood.

Another foot bridge allowed us to cross the road, and from there, we walked downhill to the river and along it until we reached the bridge again where we had first crossed the river. 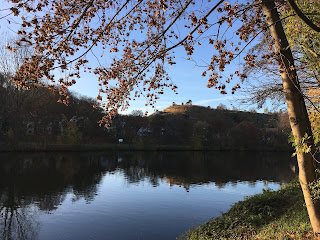 Once we were on "our" side of the river again, it was a slow but steady uphill walk almost all the way back home. 18 km and several hours after we had set off, we arrived at my place in time for coffee and a welcome rest. 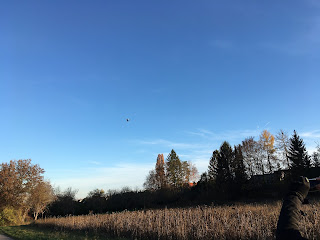 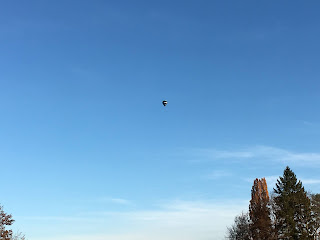 For our evening meal, I made shakshouka, and we tried a red wine new to us, a Syrah, from the Duke of Wuerttemberg's winery not far from home. It all made for a very nice Saturday in late autumn. 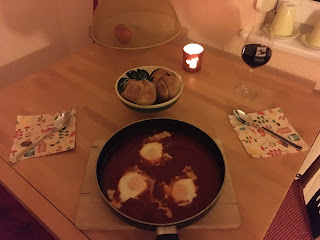