Last week Wednesday was almost as unsettled as the stormy day before, but a little warmer and showing some promising patches of blue sky. We decided on a circuit we had not walked before, recommended by O.K.‘s sister and husband, who had walked there the Saturday before and had much enjoyed it.

The circuit is advertised as a 360 degrees panoramic tour around Sasbachwalden, a community about half an hour‘s drive from the village. It is not too strenuous but has enough uphill bits for my liking. The views, both of the wider area, taking in the Black Forest, the Rhine plain and all the way to France and the Vosges mountains, as well as of the various parts of Sasbachwalden, some just one or two farm houses, others little hamlets, wineries and beautiful timbered buildings, were beautiful.

Also, the route leads through very varied landscapes; anything from vineyards to orchards, meadows of wild flowers and woodland. Signposting is well done so that it is always clear which way to go next.

The weather and the skies were as varied as the landscape - one minute we were walking in plain sunshine, only to round a corner and see us face to face with inky black clouds. Only once, though, did one of the showers catch up with us, lasting only for a little while. We were so lucky! 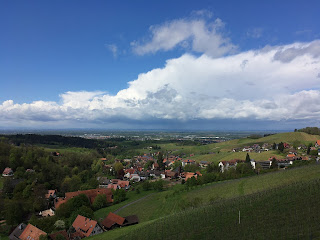 After leaving Sasbachwalden, the path enters the woods and leads uphill along a series of waterfalls. 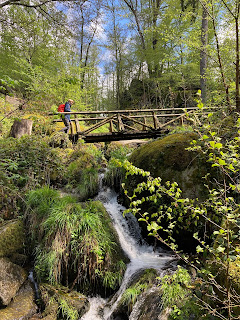 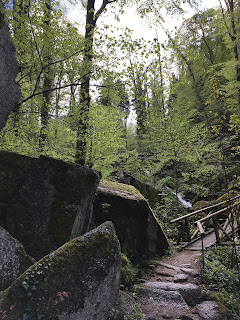 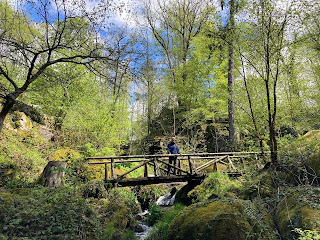 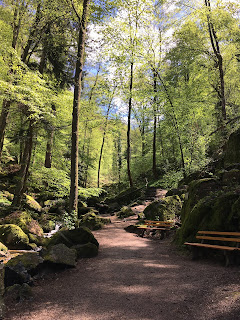 Reaching the top of the waterfalls and coming out of the woods, we arrived at this beautiful chapel, built by a family who explain about their family history and the reasons for building the chapel on the chapel‘s website. We found the atmosphere there very warm, welcoming and peaceful, something I find rarely in newer buildings of the kind and more often in old village churches. 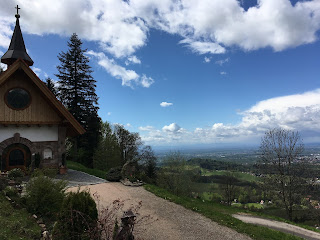 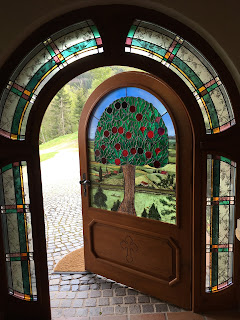 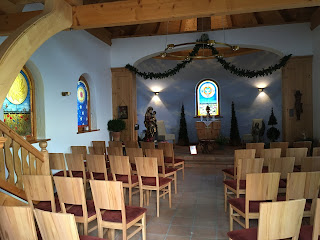 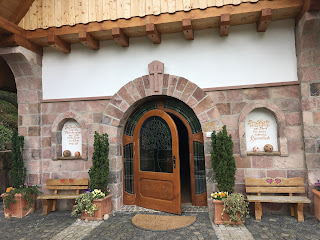 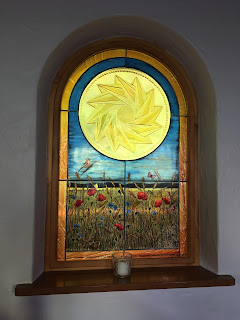 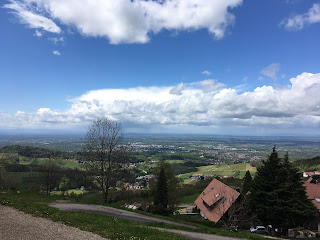 On we went, through woodland and always observing the fast changing sky. 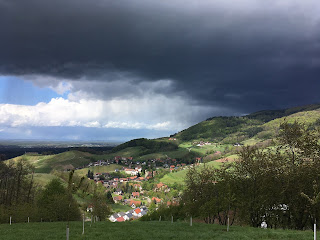 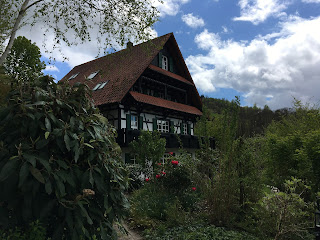 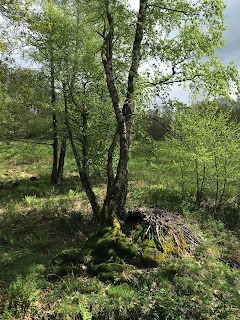 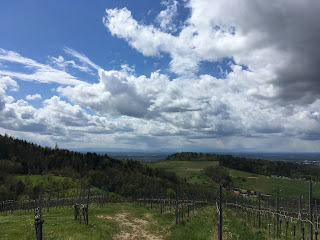 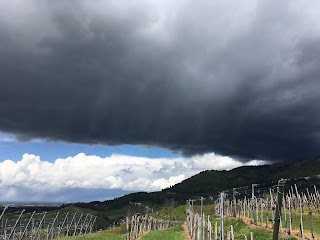 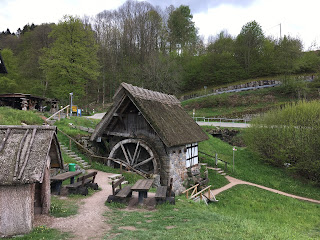 The small mill is from the mid-1800s and was in use for grinding flour until 1938. After it lay dormant for several decades, it was renovated twice (in the late 1980s and again around 2000) and is now fully functional again, but not in use. 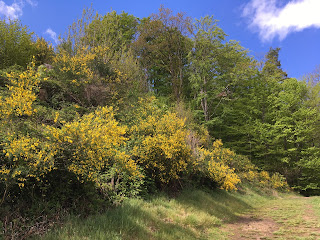 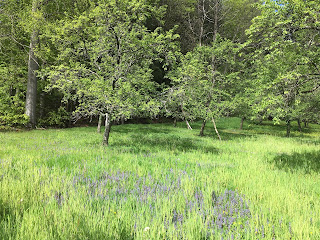 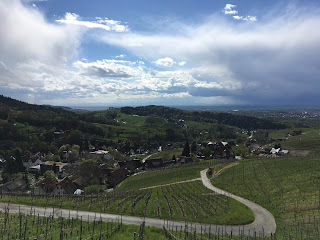 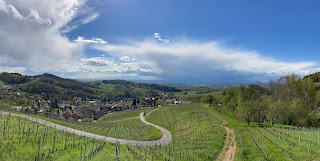 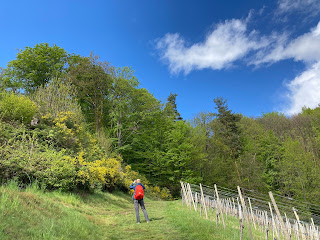 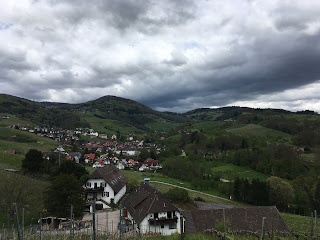 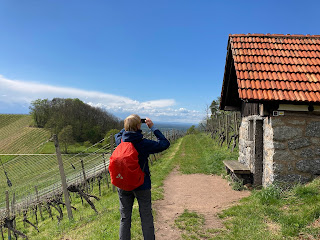 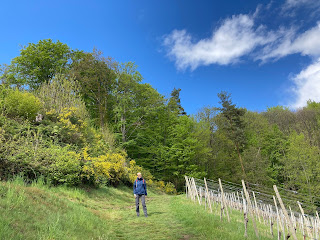 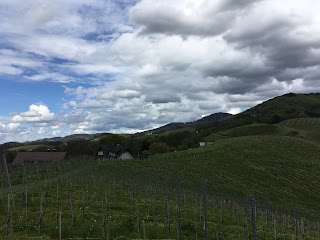 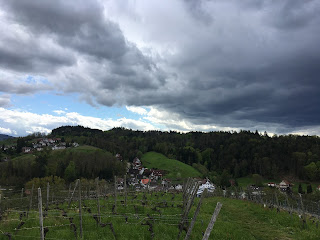 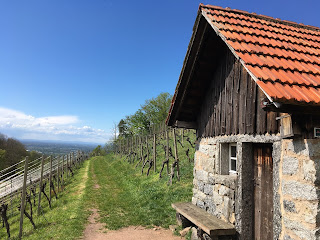 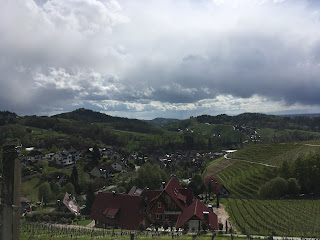 Already while we walked there, I was thinking of how beautiful it must be in autumn, with the woods and vineyards showing their colours. We are determined to come back here in 5 or 6 months.
Posted by Librarian at 12:57