On Friday, the 14th of May, O.K. went back to work and I took the morning train home. It was the same train I usually take on a Monday morning after a weekend at O.K.'s, and so I had this "Monday morning" feeling for much of the day, even though I was not working. I am sure you all know what that is like - something you normally do on a certain day of the week happens on a different day, but you keep thinking (or it keeps feeling) like that usual certain day, and you have to remind yourself of what day it actually is.

Anyway, both trains were almost empty and punctual on the dot, so that I was home at 9:30 am. Before I started to unpack, I first checked on the mini garden my sister had planted for me as a birthday present. My downstairs neighbour had been taking care of my plants and my mail, and I was happy to see that the flowers were in great condition. 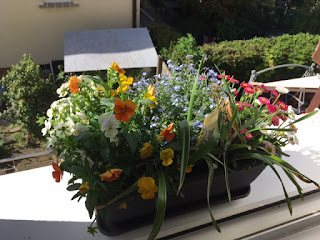 My sister knew I was coming home that day, and we had been talking about getting together for a longer walk than what we regularly do after work. So, 1 1/2 hours after I had arrived home, I was back at the train station, meeting up with her. We took a local train into Stuttgart and a tram to a part of the city where I had never been before. That is, by the way, not unusual for me - even though I have lived almost all my life close to Stuttgart, there are many areas where I would not find my way around without looking at a map, and where I have never been before.

Stuttgart is the capital of the federal state where I live (Baden-Württemberg). It is much bigger than my hometown; Ludwigsburg has about 90,000 inhabitants, while Stuttgart has around 635,000. As a teenager, I often went to the big city with my friends, doing what teenagers like to do - shopping (for clothes and music), hanging out with our friends, or at night for clubbing. Later, my trips there became few and far between, and now are mostly limited to seeing my eye doctor or (in pre-Covid times) for special occasions such as a concert, theatre, the opera or ballet. O.K. and I have a favourite shop where we like to browse and also stop for a meal, but of course it has been shut for months like everything else.

Anyway, on that day we were not looking for shops but wanted to walk a circuit I had come across on a blog I regularly read.

It is around a small nature reserve at the edge of the city, one of many green areas dotted around Stuttgart. Again, the weather was so unsettled we wore our rain jackets (and needed them!).

The first part of the circuit was through woodland, very beautiful and filled with birdsong against city traffic humming in the background.

We could never forget how close to the city (actually within the city's boundaries) we still were, but somehow that had its very own aesthetic quality. 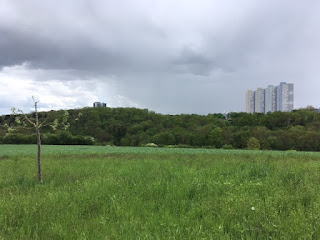 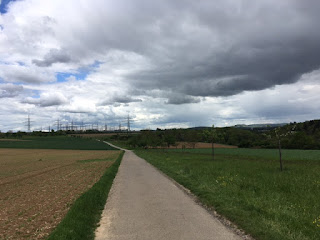 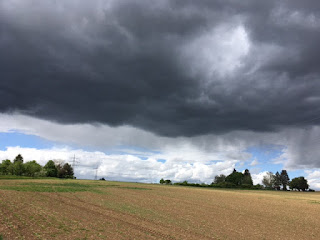 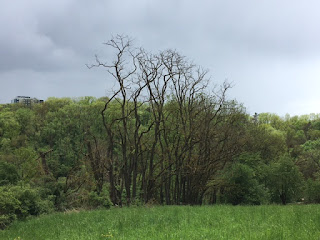 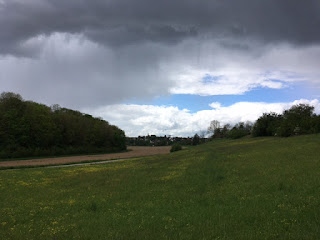 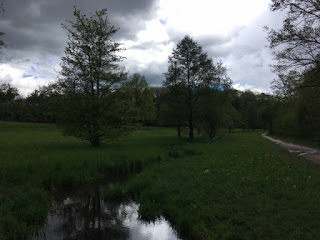 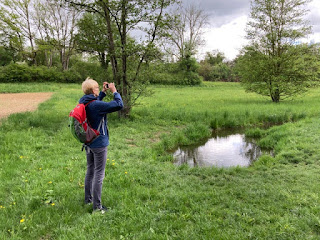 It was not a very long walk, but we enjoyed it and it certainly was different! Also, the plan had never been to be out all day, as I had only just arrived back home and needed to get a few things done such as food shopping, washing etc. It was definitely a nice way to start the last weekend before going back to work.