If you have been reading my blog for a while, you know how much I love the palace grounds of my home town. Their official name is "Blühendes Barock", meaning "baroque in bloom" or "blooming baroque" - you will find both version on the official website with plenty of pictures and information in English, if you are interested.

For weeks and weeks now, the gates to the park only opened for those who had been either tested negative less than 24 hours ago, fully vaccined or officially recovered from a Covid infection not longer than half a year ago. Sounds complicated? It was, and it kept me from going there. There is still no vaccine in sight for me, and I can't be bothered to stand in the queue at one of the officially recognised testing centers just for a stroll in the park.

But on Wednesday, those restrictions fell, and you bet the first thing my sister and I did after work was to walk across town and finally enter our beloved palace grounds again!

There were hardly any other people about, just a few families with kids and one elderly lady who enthused to us about how beautiful it was and how much she enjoyed being able to come here again - just like us. 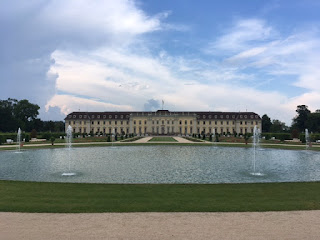 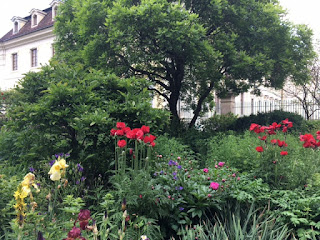 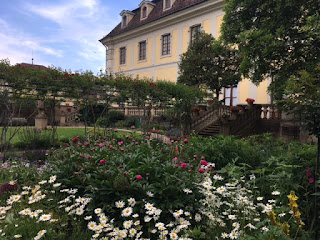 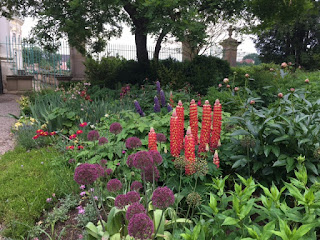 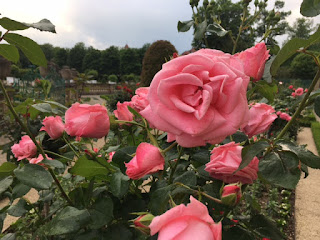 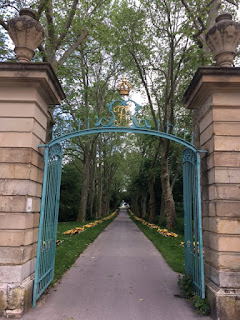 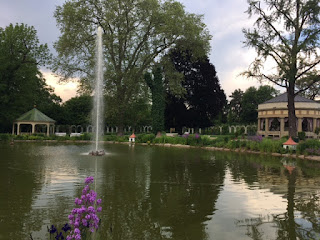 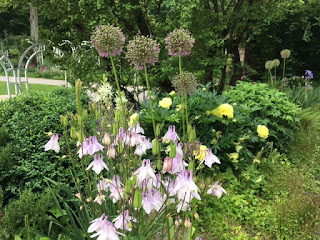 But someone else was about! My sister had read about this new resident at the park on our local paper's instagram presence. A young fox had been spotted a few times by lone visitors over the past few weeks. She had sent me the link to the picture on instagram, and I was hoping - but not really expecting - to encounter the fox, too.

And guess what - we did!! Bending a corner of one of the paths in the more overgrown part of the park, we saw a movement ahead: It was the fox! He or she was obviously not bothered by us, and walked so close to us before a family of children came up from the other end of the path and made him/her disappear into the shrubbery. 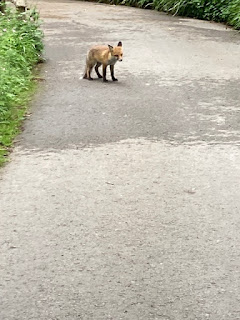 Hopefully, the video my sister made works for you:

It was the closest I have ever come to a fox, and I won't ever forget it!

My only worry is that, with more people having access to the park again, someone will either see him (or her) as a potential threat to their children or be upset about the fox killing a young duck or other wildlife in the park, complaining to the authorities and demanding the fox' removal. Or, even worse, someone will lay out poisoned food or harm him/her otherwise. Anyway, I just hope the fox will know better than to get any closer to the park's visitors! On the other hand, of course I also hope we will meet again - just without anyone else present (except for my sister and O.K.). 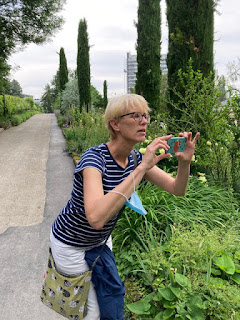 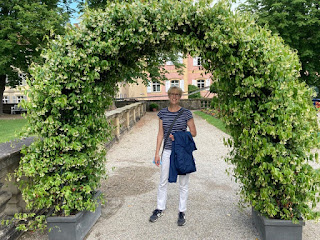 Minutes after I finished writing this post, I checked the online issue of our local paper and promptly found an article about the "Unwanted Guest".

Apparently, it is not the first time a fox makes his or her way over to the palace grounds from the deer park on the other side of the very busy main road. And apparently, it is not the first time they take measures to get rid of them. The park manager is quoted in the article saying that the fox is going to be shot by the local game warden, of course at a time when the park is closed for visitors. They say the park is no place for foxes. Well, maybe not; but is shooting the best they can think of? How about setting a live trap and moving the fox to a place that is better suited to wildlife?

My sister has already written to the paper, asking just that. Every now and then, a letter written by my Mum, my sister or myself has made it into print. We wonder whether it will happen this time, or what the general reaction to the article will be.