One Week and One Day Later

It's now a bit more than a week since my operation, and I am doing well. The first week was very hot, making a decent night's sleep impossible. Good job then that I did not have to work or go anywhere, but spent my time between the settee and my bed, largely resting, blinds drawn, plenty of water to drink and light meals to eat.

The worst of the heat broke on Sunday night, and Monday was already much more pleasant. By Tuesday, it had become almost chilly, and we've had daily showers since then - very good for the gardens and fields, and it shows.

On Wednesday morning, I checked the weather app on my phone and saw that rain was forecast from 11:00 onwards. I decided to go out right after my shower and breakfast, and left the house shortly after 9:00.

The sky was cloudy, which is good for my eyes at the moment, and few other people were out on the fields. I walked for about two hours, at a slower pace than usual; I am not yet allowed to do anything very strenuous and so that was just right for me. 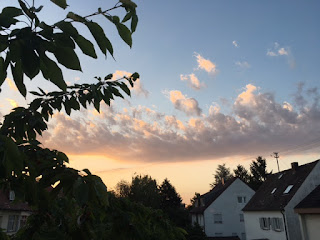 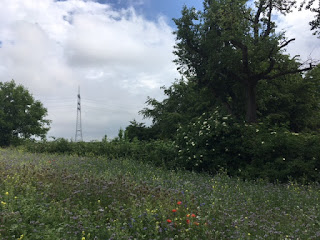 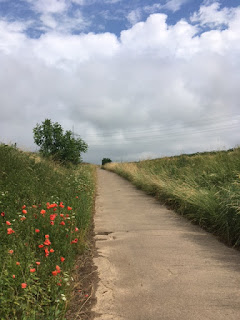 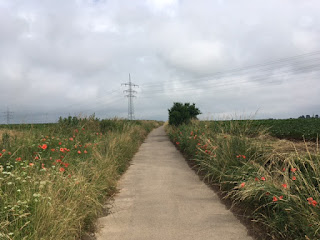 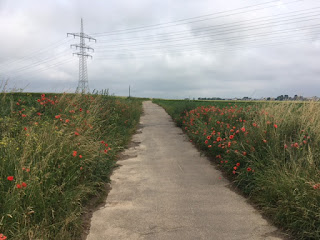 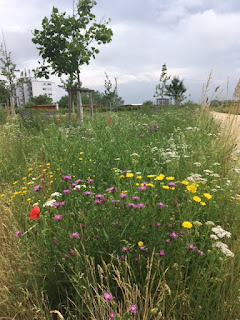 My own doctor examined the operated eye on Monday morning. She is very happy with the outcome and kept saying how well the professor had done it. She said something like "He's really taken great care there", and I replied that I bloody well hoped so - it was my eye, after all! (Of course I did not say "bloody", not even the German equivalent, but we both knew what I meant and had a bit of a chuckle about it.)

Thursday today, and I plan to do a bit of cleaning. O.K. will be here for the weekend. I have seen my sister almost every day this week, and we plan to go to one of the farms here after she has finished work, where they serve food outdoors (without needing a negative test).

And guess what - I will have my first jab on Monday!!

My sister managed to get the appointments for me (follow-up is in August), and here is how it happened: After I have been trying daily for weeks to get an appointment (both on the phone and via the official website), yesterday evening my sister spotted an instagram article of our local paper, saying that the  vaccination centre (just up the road from where I live) has had an unplanned extra delivery of vaccine, and was therefore able to offer more appointments than usual. The article said one needed to be quick to grab one of those appointments, and my sister WAS quick!

After it seemed like I was going to be the very last person in this country to be vaccined, I can't believe how fast it happened. It also ties in nicely with my time off work; if I should feel any negative side effects, I won't miss any more work because of it, and I will be fully fine again in time for my next operation.

Sometimes everything falls into place, doesn't it! Here's to big sisters :-)