Enchanted - that was definitely what it felt like at times, walking where we did last Saturday, and you'll see why when you look at some of the many, many pictures in this post.

Some of us manage to illustrate their posts about walks with just a few pictures, still clearly conveying the atmosphere of that particular walk. But I am one of those people who take picture after picture in an attempt to somehow store those magic moments and be able to return to them, and then I am unable to decide on which ones to use. Oh yes, I do delete maybe one out of ten pictures when I am not happy with their lighting, or because they are blurry. But overall, sorting through my pictures makes me think that maybe just this one could show my readers exactly what I mean.

We woke up on Saturday to a dense fog covering the village and surrounding area, but we knew the sun was out there somewhere. On a satellite map, we looked at the way the clouds were moving, and decided on the direction for our walk. All this (and sleeping in) took a bit longer than usual, and so it was around 2:00 pm when we reached the parking lot at the small town/village of Hausach, 35 km away.

From there, we walked upwards, with only a general idea in our minds but no fixed circuit to follow. As you can see, we had indeed managed to follow the sun: 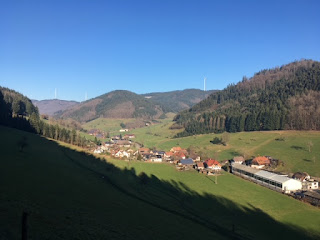 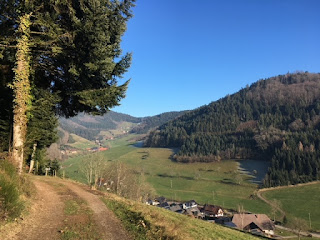 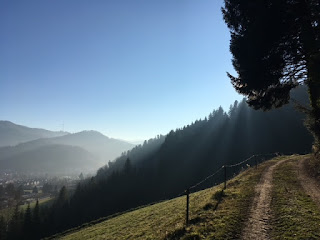 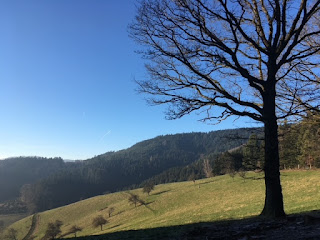 In the woods, the sun rays were creating magic views: 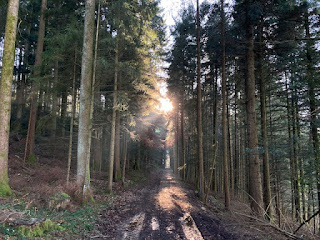 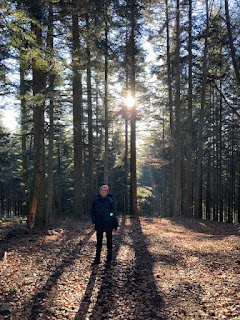 The mist was still hanging low in some of the valleys, as we could see as we were getting higher up: 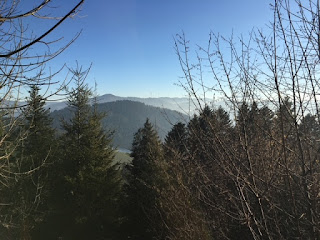 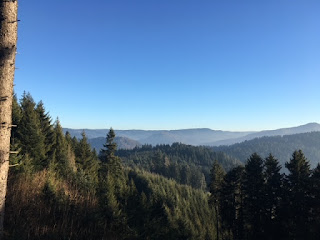 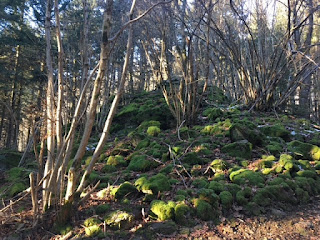 And then there was snow! Very tiny patches of it had been visible here and there already for a while, but this was the first bit where the path was actually covered: 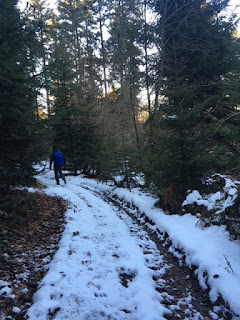 Behind me, you can see a sign post. It was here that we decided against continuing towards what would have been the highest point of our hike, the Brandenkopf, a place O.K. first showed me in 2017. We were only 4 km away from it, but it was already 3:45 pm. With 1 1/4 hours left until sunset, we would have been still in the middle of the woods when darkness descended, too dark to see where we were going. And so we made this snowy meadow the highest point of our walk, stopped briefly for a drink of water and a chocolate bar and then made our way back towards the car, on a different route. 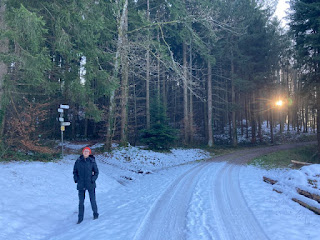 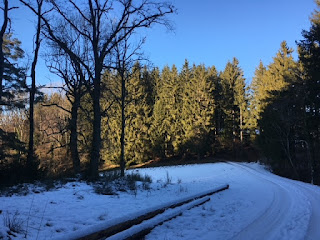 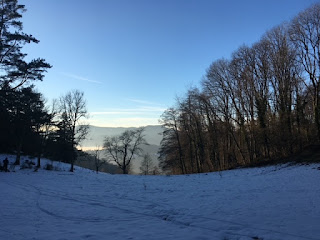 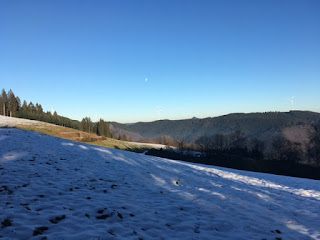 If I were to choose a favourite picture from this hike, this one would probably be it: 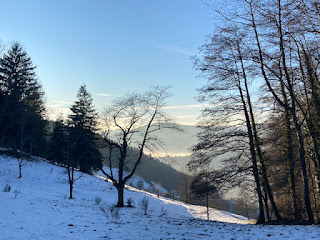 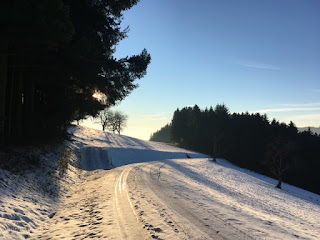 With the sun getting lower by the minute, the mist was lit up magically in the valley below: 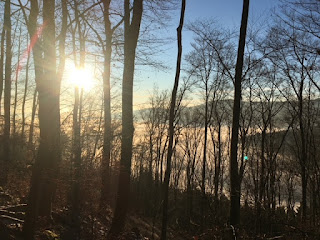 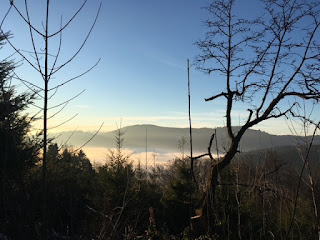 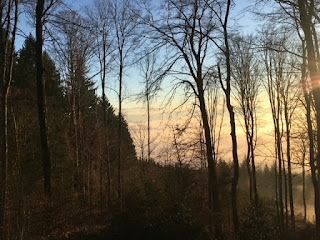 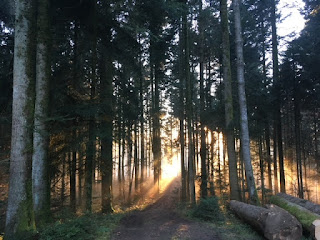 Another favourite is this one: 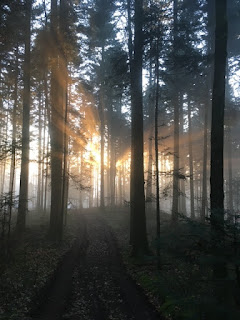 If a unicorn had suddenly appeared between the trees, I think neither of us would have been surprised! 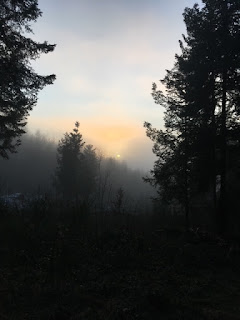 The moon was up just before we arrived at the bottom of the valley. Maybe you have to click on the picture to enlarge it, if you can't see the moon: 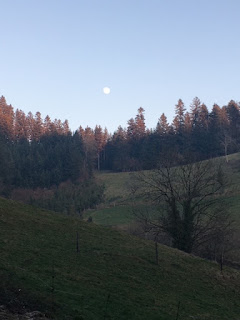 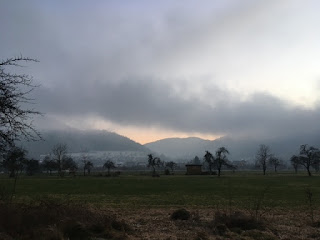 This last picture was taken at 5:09 pm, just a few minutes after sunset. By the time we reached the car again, it was fast getting dark. We were back home well past our usual coffee-and-cake time, but ravenous; at 11.6 km, the entire hike had not been all that long, but with some steep uphill bits plus the snow, it felt more than that.

I enjoyed every minute, and the magic created by the sunlight and mist will certainly stay in my mind for a long time.