To Dispel A Myth

From comments on my blog and conversations with friends and family in the UK, I know that there is a persistent myth about my country in many a head: Germany has a reliable public transport system with trains running like a well-oiled machine all over the country.

Sorry, folks - that is but a myth, and has not been true for a long time (if ever). 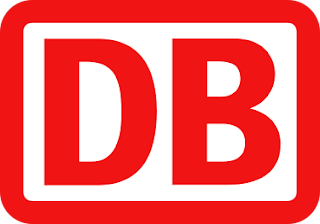 Let me fill you in with a tiny bit of history: In the 1990s, what used to be the Deutsche Bundesbahn (German Federal Railyway) was transformed from being an agency (staffed by civil servants) to a cluster of companies (still state-owned, but staffed by employees). It is to this day that this is seen as the start of the decline of the formerly reliable service provider. Many regional train lines were completely privatised.

I was born in 1968, and so for my entire childhood and youth was familiar with trains and stations being run and staffed by civil servants. Train trips were not an everyday thing for me back then, but when they did happen, I remember them as exciting. In my memory, there are no massive delays or any other hiccups in such journeys.

Only when in 1992 I took a job outside my hometown did I start to use public transport on a daily basis. Two years later, the transformation from civil agency to enterprise had begun, and trains (both local and long distance) had started to run less efficiently and with occasional delays.

This has been getting worse ever since. Year by year, Deutsche Bahn (as it is now called, or simply "Bahn") publish their statistics on punctuality. For long distance trains, only about 70 % of trains are punctual - and keep in mind that "punctual" for their statistics means anything up to six minutes behind schedule. In my eyes, that is not punctual; often enough, I have only seven minutes to change trains, and if those seven minutes are curtailed even just by one or two minutes, it can be a problem to catch the connection, especially when you have to cross a large station moving from platform 16 to platform 2 with lots of people and their luggage trying to do the same.

Sticking to their own timetable is not the Bahn's only problem. Trains are often running without one or two of their planned carriages, meaning that if you have booked a seat in a particular coach, you may be left without a seat and lose money. Claiming a refund is a lengthy and cumbersome process, and people often decide against it.

At other times, trains are not just late but completely cancelled, or because of their delay, someone somewhere decides to skip two or three stops to make up for the lost time. That happened to me not long ago, and of course I learned of that only at the last minute so that I had to completely re-plan my trip (and lost my booked seat).

Some of the trains are old, but even the new ones keep having technical issues: doors that do not open, air conditioning or toilets that do not work and so on. On trains with a bistro (I hesitate to call it restaurant), it is not unusual for them to run out of basic provisions such as milk, which many passengers want in their coffee. The latter seems a minor issue, but is just one more sign of how much is not in order in this large enterprise - a consequence of decades of saving on staff and not investing properly in infrastructure.

There are plans to improve (there have always been), but real improvements remain to be seen.

One part of the Bahn I can not complain about is their staff: Whenever I have occasion to observe them at work (on a train, at a station or on the phone), they are very friendly and try their best to help. I wouldn't want their job, as I know they have to deal with a lot - unfriendly passengers blaming them wrongly for a delay is an everyday thing for them, and sometimes anger turns to aggression.

So, have I managed now to dispel that myth?

Anyway, wish me good luck for tonight's trip from Ludwigsburg to Offenburg!