A (Not Quite) Lost Place

If you have been reading my blog for a while, you will know that I have a soft spot for what are nowadays called Lost Places. In this post I have described why I don't really agree with the term, but for the sake of simplicity I use it, too.

Last Friday afternoon, as mentioned in my previous post, I went on a guided tour at such a place: The former production site of a company making chicory "coffee" and other products. The company was called Heinrich Franck & Söhne, later fusioning to become Franck und Kathreiner GmbH and eventually becoming part of Nestlé. The Ludwigsburg production site was originally chosen because of its direct access to the railway; it was a bit of a "what came first - the hen or the egg" thing. The site was closed down in 2018, taking away not just many jobs, but also the scent of roasting chicory so familiar to all Ludwigsburgers.

In the four years since the closure, about half of the buildings have remained abandoned (and some of them long before that), now owned by the City of Ludwigsburg. One building hosts various tenants, start-ups and small companies glad for the chance to rent rooms for much less money than they would have to pay for modern facilities. The outdoor space next to the train station was open to the public during the summer months, as I have shown you a few times on my blog.

Now the City of Ludwigsburg has been thinking long and hard about what to do with the rest of the site, and citizens had the chance to be involved. One such element of involvement was the guided tour I went on, and where I took these photos.

View from across the road; the train station and town centre are behind those buildings: 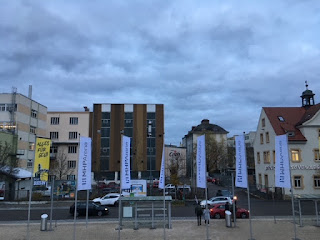 Advert for one of the small companies inside the biggest building: 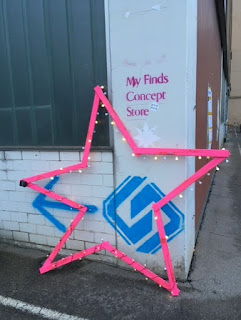 I find such signs intriguing. What information or instruction is deemed necessary to be on permanent display in a work environment? What kind of language is used, how good (or not) are grammar and ortography? Layout? 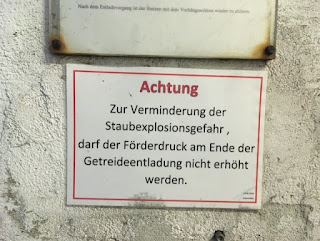 Inside the oldest building; this one has not been used in many years, as production was modernised some time in the 1980s. That building is listed and contains mostly wooden structures, which means any future use will have to deal with tons of regulations: 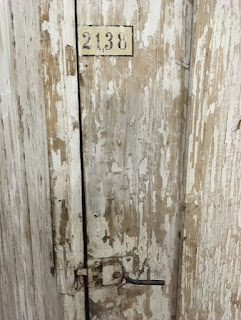 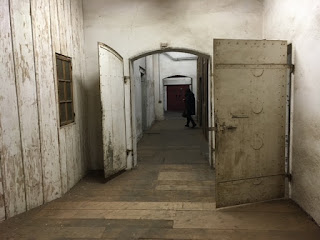 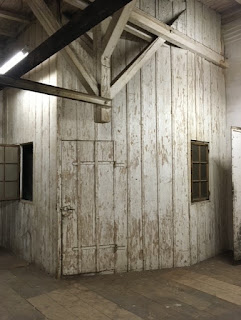 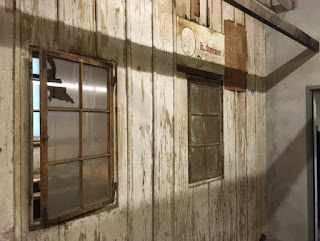 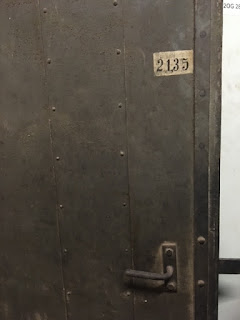 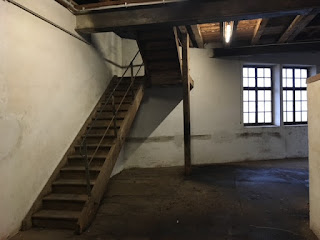 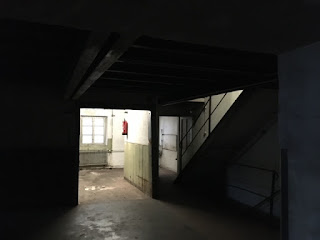 Outside the walls, nature has been trying hard to make room: 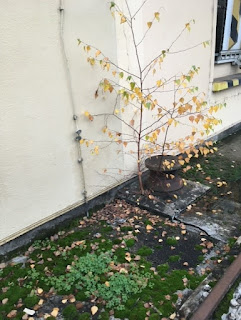 The railway track designated for the exclusive use of the company has always been fenced off, inaccessible to the public. It was strange to look at the familiar platforms from that perspective: 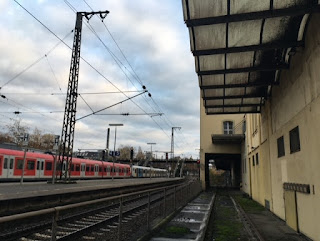 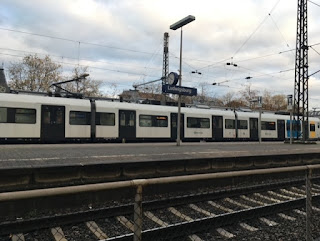 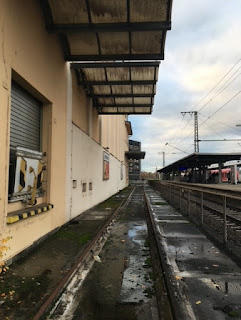 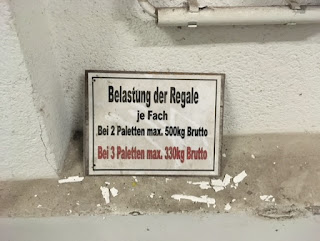 Where do those stairs go? We were largely, but not entirely, free to roam - always under the instruction to be very careful, of course. 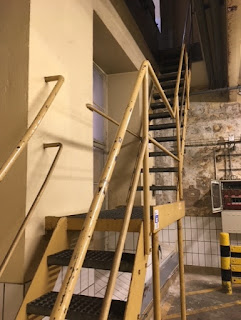 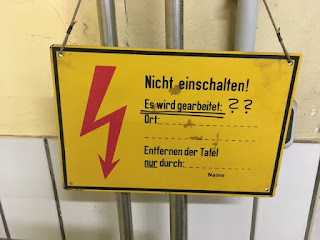 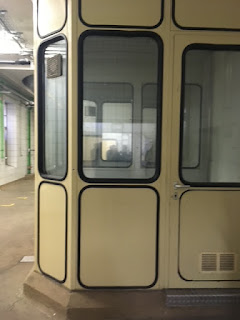 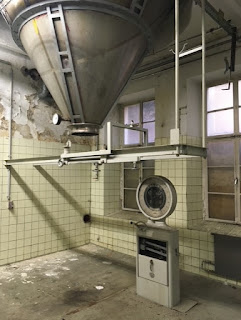 Can you remember telephones like this one, with a round dial? I certainly can! 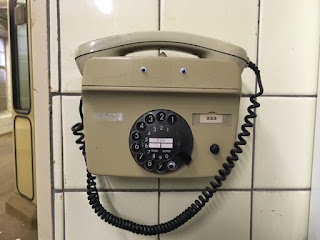 I wonder why the upper sign was deemed necessary in Italian as well as German, but not the lower one: 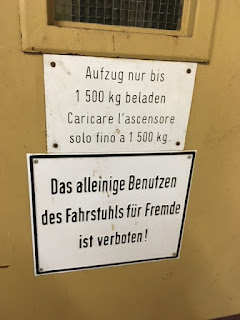 The oldest part of the entire complex is the wall supporting the railway tracks on this side of the town, built more than 175 years ago: 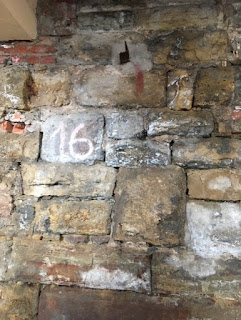 The space that was open to the public from May to September looks very different now: 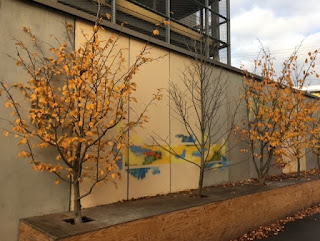 It will be interesting to learn the results of citizens' involvement; on the Saturday after our guided tour, two events were offered where everyone was invited to share and discuss their ideas for the site, but I did not have time. One lady from my volunteer group went, and she will give us a report at our next meeting.