Yay - another post chock full of pictures of trees and meadows :-D

After O.K.'s choice the day before had been climbing the Feldberg, on Thursday it was my turn to come up with an idea for a walk.

Several times now, I had spotted a place called Roggenbacher Schlösser on various signposts along the way, but always pointing in a different direction to where we were headed. Also, since we had no internet access at the hotel, we could not just look up what those Schlösser (Schloss means palace) actually were; sometimes, places are named for something that was there long ago or because they resemble something else. Therefore, the "palaces" could very well just be a rock formation. There was one way to find out: Walk there!

And so we did, and it turned out to be a really beautiful walk through the woods and down into a valley with a beck meandering through meadows covered in flowers. I loved that part especially; it was sunny (and really warm - shadowy bits were welcome!) and quiet, with only birdsong, the buzz of bees and the sound of the beck running along for company. 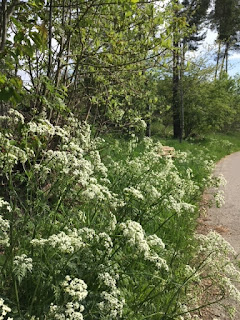 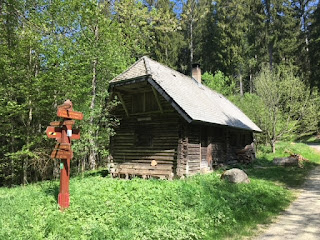 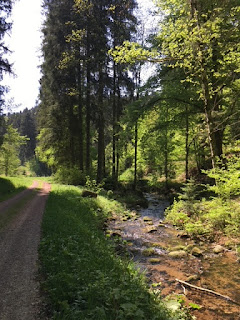 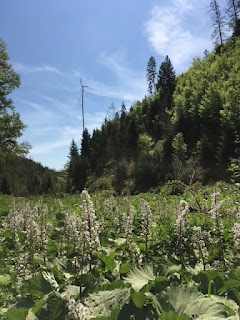 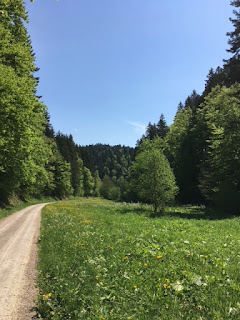 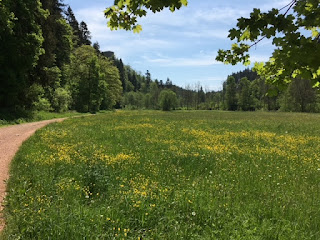 The Roggenbacher Schlösser were not just a few rocks after all, but two ruined castles less than half a km from each other. They were both originally built at around the year 1200, and as is so often the case with such castles, changed hands a few times, were destroyed and rebuilt after various conflicts until their final destruction and abandonment in 1525. 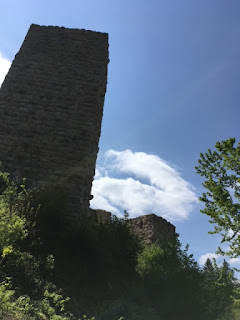 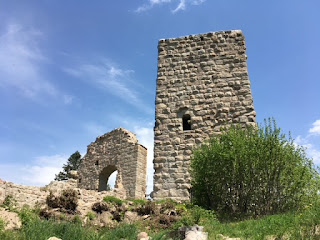 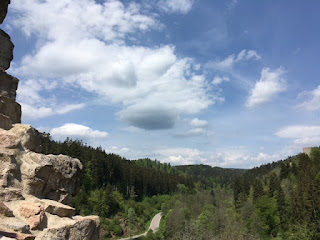 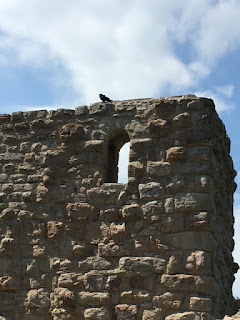 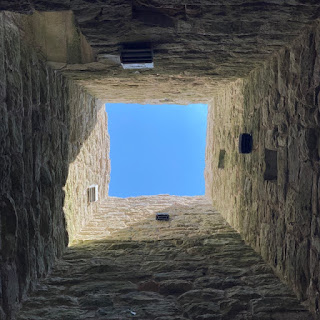 The ruins were secured and cleaned up in 2019-2021 at a cost of about 1.5 million euros, on behalf of the federal state of Baden-Württemberg. There is nothing there to attract tourists; no kiosk or parking, no souvenir shop or toilets, and there is no way one can get there in a wheelchair or with a pram. This is done quite deliberately, I believe, as the ruins house a variety of protected species, such as bats. Needless to say, we were the only people around, and after a short rest and a drink of water, we walked back along the beautiful valley. 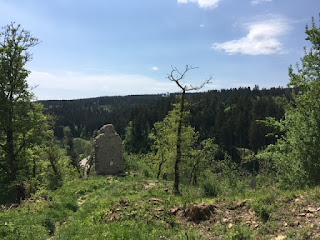 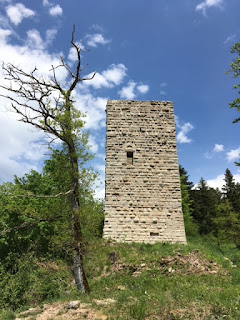 From there, we did not go straight back to the hotel, but took a detour to see the Danieltanne ("Daniel's Fir"), the largest fir in all of the Black Forest: 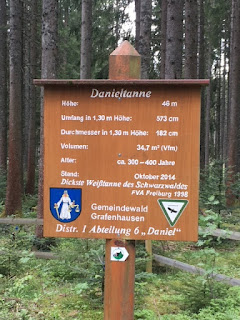 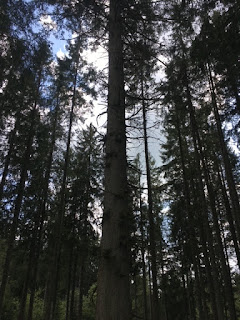 Our next and last stop before walking back to the hotel was once again the Rothaus beer garden: 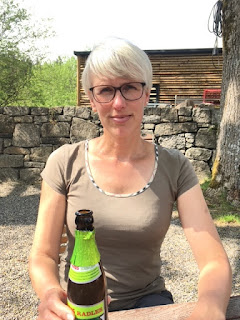 We had walked about 26 km that day, all at a leisurely pace and in beautiful countryside. Thinking back about the whole week, I think this was my favourite walk - hard to choose, really, as I enjoyed them all very much.