Friday, May 13 (anyone superstitious out there? Not me!) was our last full day here; we were going to check out and leave for O.K.'s tomorrow.

There was one direction from the hotel we had not yet explored: Up the hill on the other side of our road and through the woods to Bonndorf, the small town our mini settlement (Sommerau) actually belongs to administratively speaking.

It had begun to rain during the night - and very welcome it was, too - and kept raining on and off until the early afternoon. Of course we had everything we needed to go walking whatever the weather, and our hiking boots are sturdy enough to tackle muddy paths. Therefore, the rain did not deter us, and as we had been doing every day here, we set off soon after breakfast.

The woods were so, so green with the light steady rain freshening everything up: 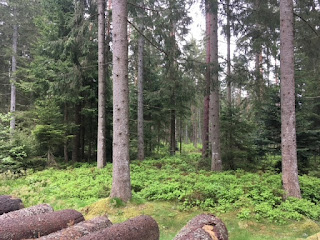 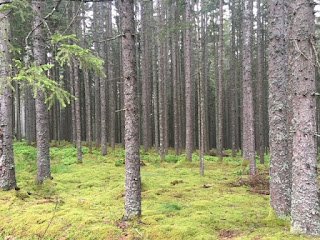 You can tell that this part of the Black Forest is not left to its own devices; it has not naturally grown but was planted with wood harvesting in mind, which is going on here big style. The common spruce was chosen decades ago for that purpose, as it grows relatively fast and its wood is good for building and furniture.

People have learned a lot since then, and we now know that such strictly monocultured forests are not a good idea - they are prone to succumb to all sorts of pests, and can not handle climate change and heavy storms well. But for now, much of those spruce-only parts are still there; with trees, you need to plan decades ahead and can not change things very quickly. 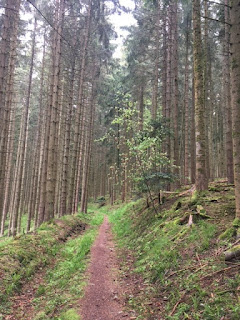 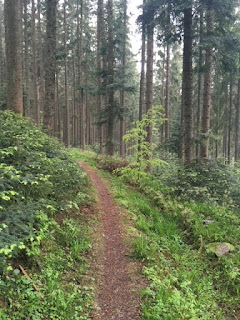 But as you can see, the path to Bonndorf was still beautiful!

Coming out of the woods, Bonndorf starts just behind these fields: 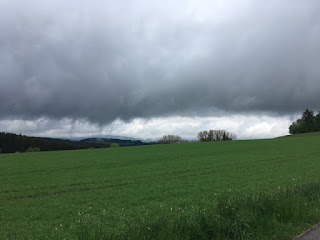 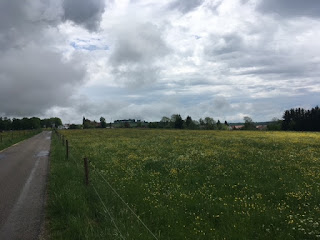 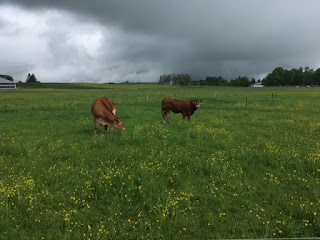 Almost immediately after entering the outskirts of the little town, we reached a church, and as is my habit, I had to check whether it was open. It was, and what a surprise its inside presented! 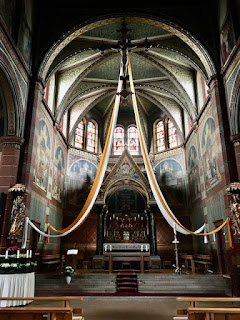 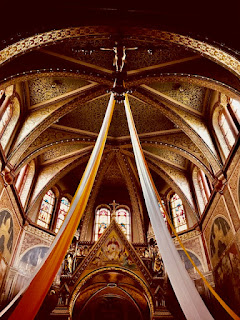 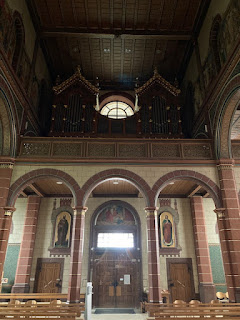 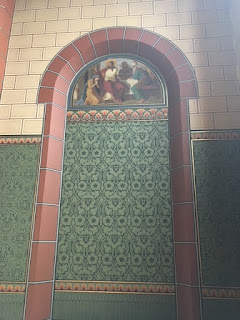 We had never seen anything like it, but the whole style reminded me of the Arts & Crafts-decorated churches I have seen here and there in England; for instance, St. Mary's near Fountains Abbey or the chapel at Castle Howard.

This church is called St. Peter and Paul, and it has its own very extensive wikipedia entry - in German only, I'm afraid. Wikipedia lists all the changes made in the church's history and the endless squabbles going on about financing. But as it stands now, the church is very beautiful, really unique and well cared for.

By now, we were just a little hungry and wanted to sit down for a bit. Everywhere outside being wet, we chose a café; hot drinks were also welcome after walking in the rain for a couple of hours. No shandy for us today! 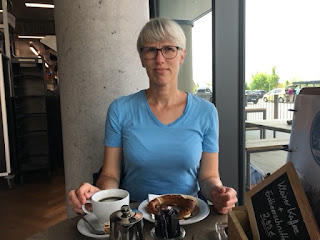 After that, we tackled the way back, chosing a different route to the one we had come on. One final shower for that day made us seek shelter for a few minutes under the car port of a house on the outskirts of Bonndorf, then the sun came out and stayed with us for the rest of the walk (and the day): 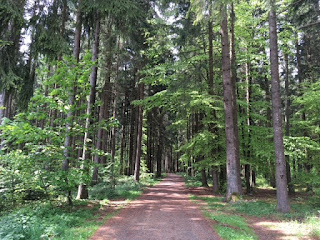 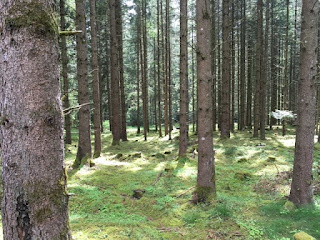 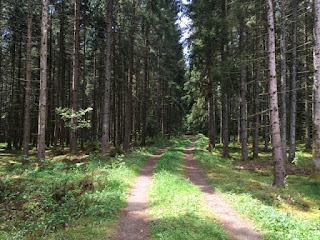 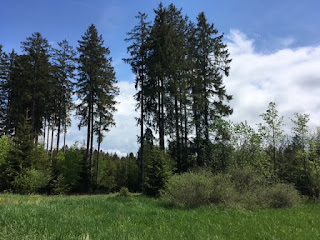 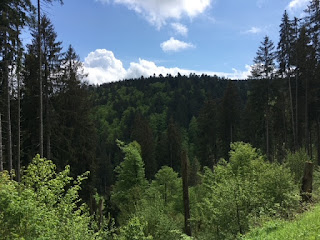 The last bit was the road leading all along the valley to our hotel. Admittedly, I had enough at some stage; the road just seemed to never end, and it was a little boring to walk there instead of the beautiful woodland paths we'd been on before. But of course, eventually the meadows in front of our hotel came in sight, and I was soon able to take my hiking boots off and relax in the sauna before our last dinner here, which was again very delicious. 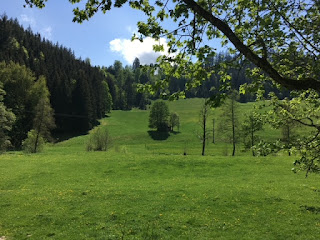 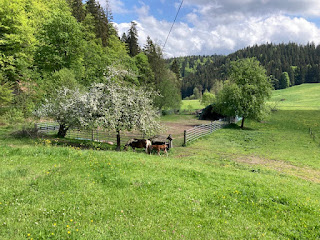 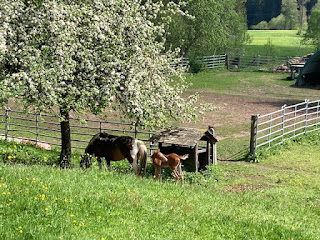 The last two pictures show our resident foal and its mother. The family who run the hotel also keep horses; the horses have a huge area to roam, but mother and son are kept a little apart from the rest of the herd. The little one's name is Lucky, and we loved watching him (and the other horses) from our breakfast table and when we walked along the pasture on our way out or in.

We truly had a wonderful week here, and although we don't plan on returning very soon, we can imagine coming back again.

The next day, Saturday (May 14), O.K. drove us back to his place. We arrived there at about lunch time, and later O.K. took his parents and me for dinner at a restaurant at the next village, as a thank you for them having looked after his place while we were away.

On the Sunday, I traveled home in the early afternoon to give myself enough time to unpack, do the washing and generally settle back in before work was going to start again on Monday.