After our attempt to have coffee and maybe cake or a snack in Faulenfürst failed, we walked towards the next village, a place called Rothaus. It was only a few km from there, and we knew it from our visit in September 2017. 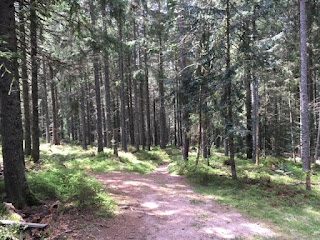 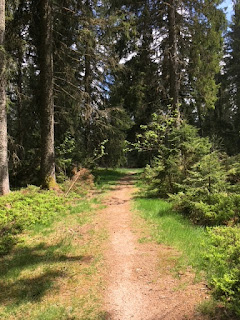 Ants are just one of the many species that make up the ecological system of the Black Forest. The woodland ones here are dark brown and rather large, about 1.5 cm in length, not the tiny ones that are so common where I live. They build big hills and are always busy; it is strictly forbidden to disturb or bother them in any way. But one can stand and watch them for a while, and I took this short video of one of the many bustling colonies next to the path:

Rothaus is the seat of a large state-owned brewery; their beer (called Tannenzäpfle, meaning fir cone - obviously inspired by the surrounding woods) comes in many varieties and is quite popular. It can be bought at supermarkets, and many restaurants offer it. Also, it is often available at fun fairs, festivals, village fêtes and the like. 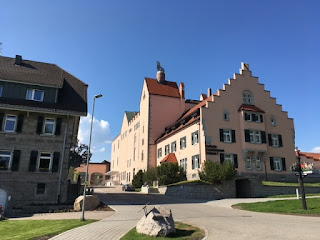 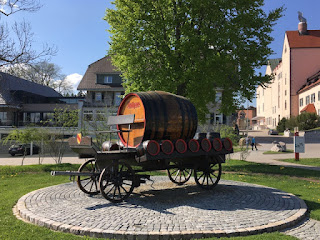 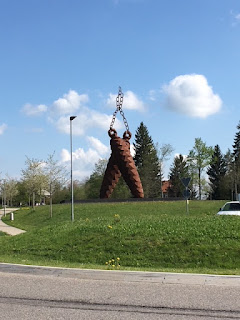 By the time we arrived there mid-to-late afternoon, you can imagine we were looking forward to a refreshing shandy, and that was what we had... for starters! 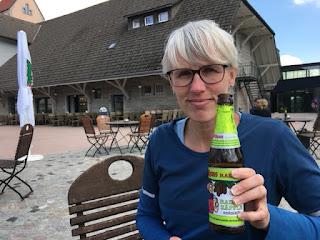 Knowing that our hotel's restaurant was not open that evening and we would have to find dinner elsewhere, we decided to stay right here, and moved from the sunny beer garden into the brewery's own restaurant an hour or so later. There, we had proper solid food - Schnitzel with chips (French fries) for me, and a steak with all the trimmings for O.K., plus another shandy. 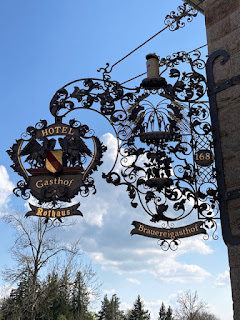 The food was really good, and eventually, we made our way home through the woods, just another 4.5 km or so. 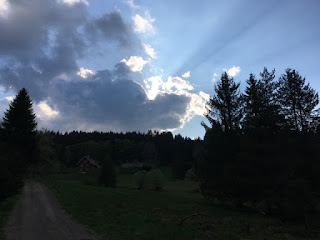 With more than 26 km under our belts on our first day here, we dropped into bed as early as 9:30 pm, already looking forward to tomorrow.