It has been raining at least once a day for the past two weeks or so, and with the rain have come cooler temperatures. I know we are still having more of a summer than other areas, such as England, but still... The weather keeps interfering with my activities, such as going for a run, or attending a street party, or a concert in a park, which my parents and I wanted to go to last night but then decided against it because of the rain.

Two Saturdays ago, we had a wonderful day exactly the way summer should be. It was really warm (some would say hot), warm enough for me to enjoy the shade as much as the sun.
My Mum and I went to the park; the very same one you have often read about here on my blog before (and I suspect it will keep featuring, since we so love going there, and it is never boring).

Here are the pictures I took. They show, in my eyes, what summer should be like: 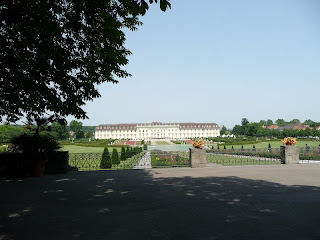 View from the south entrance to the park. We rested on a bench in the shade for a little while before we walked on. 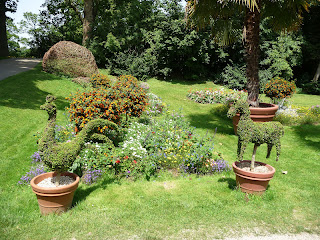 Topiary figures near the orangery (that's the place where they have changing exhibitions, such as the one with the "interesting" works of "art" I showed you here). 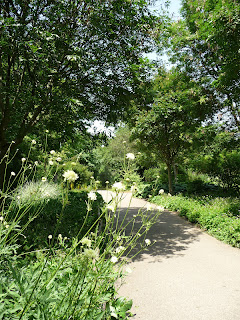 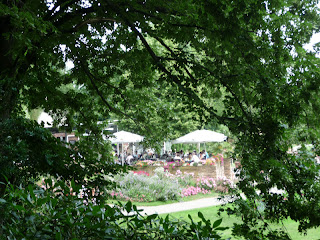 Looking back towards the café-restaurant where we have just had a cold drink. 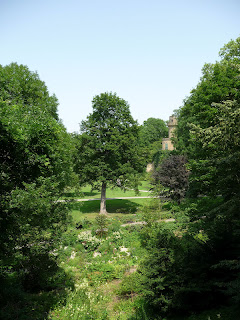 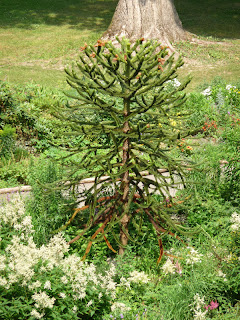 To my knowledge, this is the only araukarie (sorry, I've forgotten the English name of this tree; only the other day, either Graham or John showed one on their blog, I think) in our park. The picture to the left is how I really saw it from where I stood, and the one on the right zoomed in. 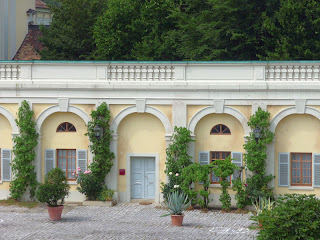 The people who live in this house have some job or other at the palace or in its grounds. Behind the building, they have a nice garden with a wall and high fence around it, so even in the middle of this tourist-filled park, they get to have their privacy. And they have a cat, I've seen it often. 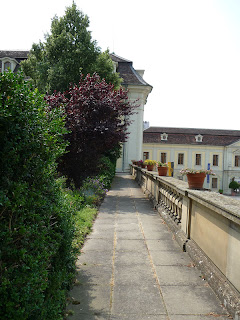 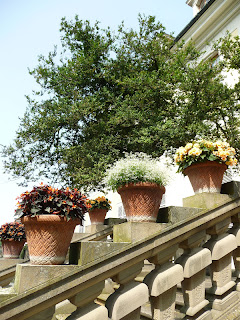 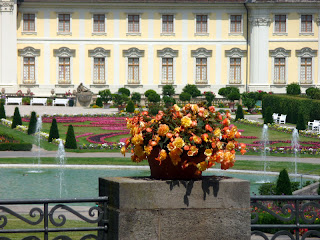 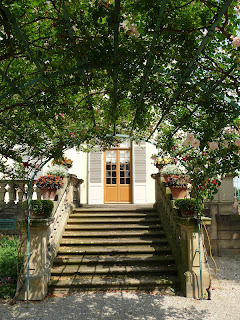 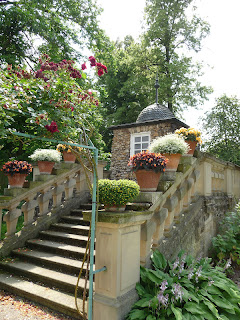 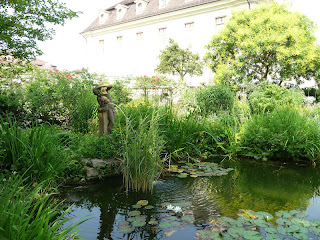 This picture does not do the pond justice. The water lilies were very beautiful, and there were many goldfish. 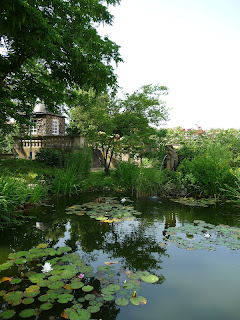 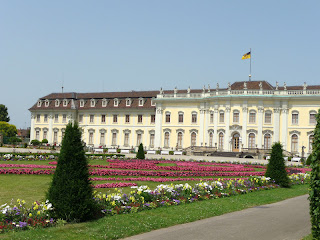 You can see the contrast between the formal gardens and the more overgrown and "natural" parts of the park; I love them both, but my heart beats for the overgrown bits. 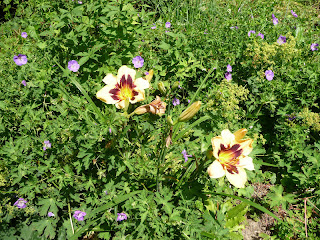 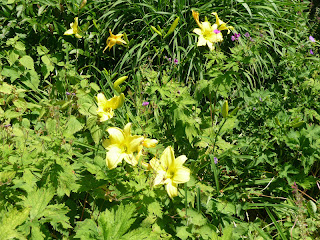 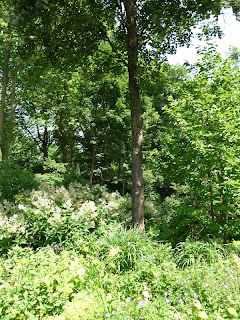 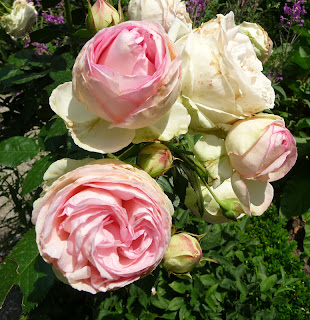 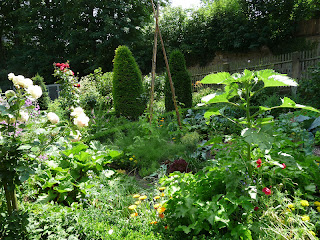 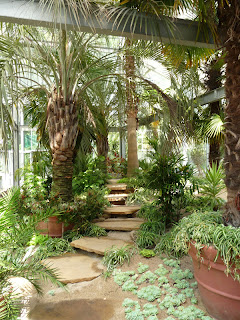 This is what's inside the orangery right now, a sort of palm garden.

In the evening, a massive thunderstorm swept across town (which meant I was not going to the market square fest but watched the spectacular "show" from my kitchen window), and I was glad we had been out in the park while it was so lovely.
Posted by Librarian at 10:04