Wednesday night, I completed the last of the pile of books my sister gave me last year for my birthday, “Kleiner Mann – was nun?”. So it took me nearly a year to read them all, and although it wasn’t always easy to stick to them, I am glad I did not give up. It certainly was an overall reading experience that served its purpose: to broaden my literary horizon and give me a spectrum of good examples of classic German literature from the time before and after the Great War. 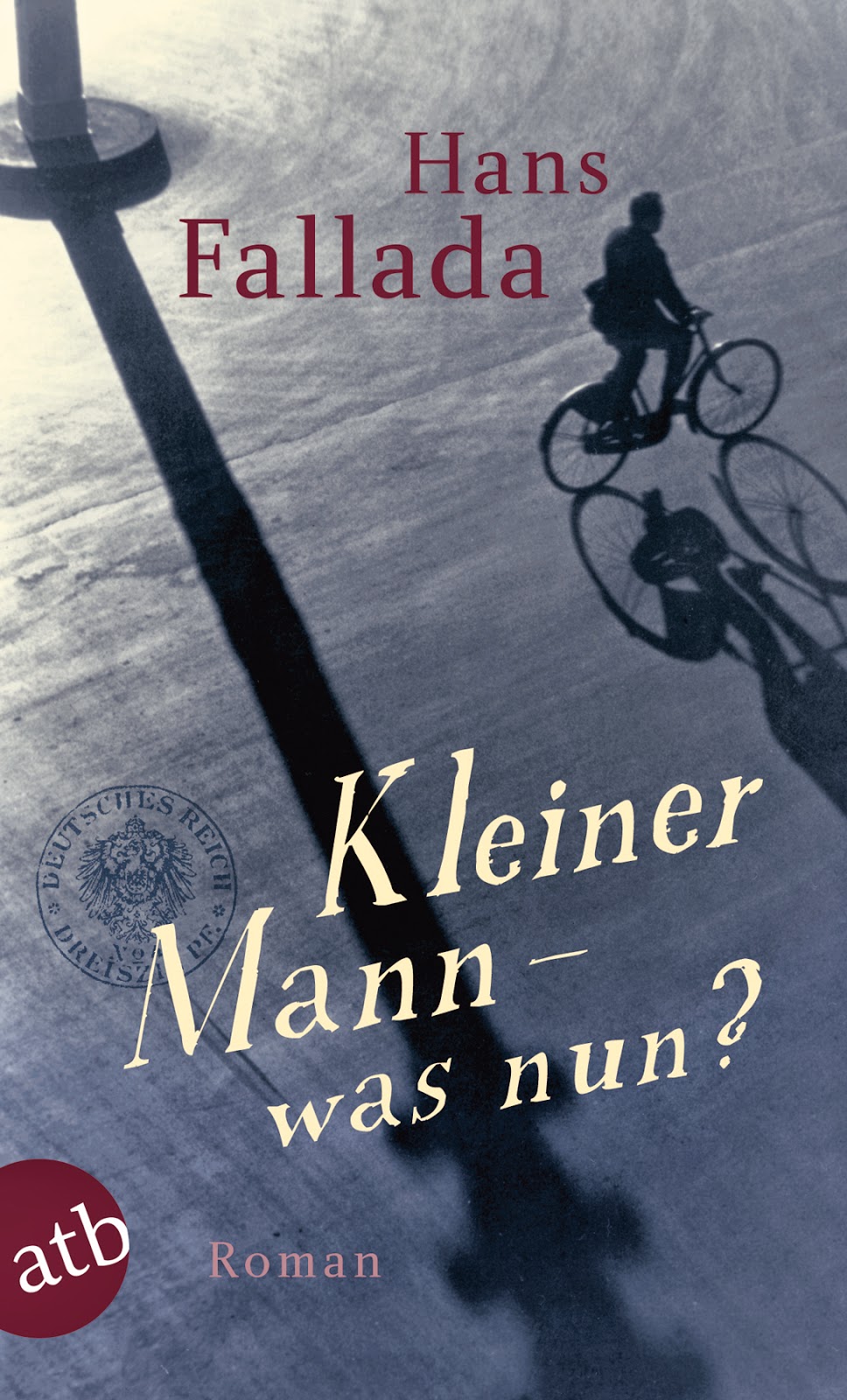 “Kleiner Mann – was nun?” is a novel by Hans Fallada (whose real name was Rudolf Ditzen), first published in 1932. Only a year later, it was first turned into a (German) movie. In 1934, an American movie by the title “Little Man, What Now?” was made under director Frank Borzage, starring Margaret Sullavan, Douglass Montgomery, Alan Hale senior and others.

The book accompanies a young couple though the first few years of their marriage. Johannes Pinneberg and his girlfriend Emma, both working hard for little money (this is the time of the worldwide economic crisis), find out that Emma is pregnant. They love each other dearly, so they don’t lose time and get married quickly. They even find a flat and are determined to make their life together a success, ready to work even harder and save money whenever possible. Unfortunately, the young husband’s boss wanted him for his own daughter, and fires Johannes when he finds out that he is married. Trying to find new employment at the height of the crisis is next to impossible, and things look desperate until Johannes’ mother (whom he has not been on speaking terms with for a long time) steps in. One of her friends uses his connections, and soon the young couple have both a flat and a regular income again. Still, it is not much, and a constant struggle.

Emma gives birth to a little boy (it was the chapter about her going into hospital for the birth that induced my “pregnant” dream), and the personal happiness of the small family is near perfect, even though their material circumstances remain precarious.
Eventually, though, Johannes loses his job again, through no fault of his own.

Here, the book skips more than a year, and next time we see the Pinnebergs, they live illegally in a tiny summer house on a friend’s allotment. Johannes has become the main caretaker of their little son and the household, while Emma earns hardly enough to buy food by sewing and darning for other people. Johannes wishes he could be like the other people on neighbouring allotments; they don’t hesitate to steal in order to feed their families, but Emma won’t have it. Is their love for each other and their son going to be enough to see them through all the hardship?

It was a very touching book, touching in many ways. The desperation especially Johannes feels at times is obvious, although the author does not make much “fuss” about it – everything that happens is portrayed in a matter-of-fact way, without ever playing down the importance the author obviously gives his characters and the day-to-day happenings in their small, ordinary lives. Those small, ordinary lives are always put against the backdrop of the much bigger picture; politics figure in the way they would for such working-class people, and the reader learns a lot about social services and the regulations for employees and their families that were in place back then.

The author lived a life so full of drama that it would offer enough material for several books and films – he was involved in an attempted double-suicide, struggled with drug addictions nearly all his life and ended up in prison more than once. His great success as a writer (“Little Man, What now?” was an instant bestseller in Germany, the UK and the US) did not make him happy, although taking constant financial worries off him. He somehow survived the turbulences and dangers of WWII, but his marriage did not. His alcoholism and other addictions led to him being admitted to mental institutions and hospitals, being in and out of them for the short remainder of his life. You can find a more detailed biography in English on Wikipedia.
Posted by Librarian at 09:55