Have you ever read anything by Kate Atkinson? If yes, you will know that her books are truly unique, both in style and in “build”; her stories follow paths that will surprise and delight you just as often as they will make you sad. My sister, who lent me “Life After Life”, made an interesting comment. While she was reading it, she said, she wasn’t sure whether she actually enjoyed the book or not, but afterwards, she couldn’t stop thinking about it for a long time. 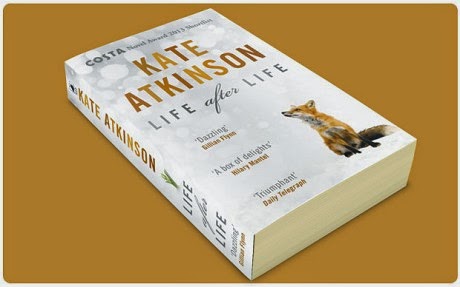 Well, I know for sure I have enjoyed the three or four books I have so far read by Kate Atkinson over the last 15 years. “Life After Life” was something to look forward to at night before going to sleep, and more often than not, I found myself reading “just one more chapter” when I really should have switched off the light.


The main character is Ursula Todd, and the book narrates her life from her birth in 1910 until 1967. Sounds simple enough, but it isn’t: It is not just the one life of this one person, but the story explores all the different turns her life could have taken – if she or someone else had taken a different decision, had done something else, had gone somewhere else. Each time her life reaches a point where it could have gone either way, both branches are followed up with. One always inevitably leads to Ursula’s death (the first time this happens is at the moment of her birth), the other sees her continue through the Great War, the 1920s and ‘30s, WWII, and so on. Both times, her death or life have consequences for all the other characters that make up the cast of “Life After Life”: her parents, siblings, friends, lovers, colleagues, children… and dogs.


All characters and places have in common that they are described so well you can really see them. Some are more lovable than others, but all matter one way or another in Ursula’s lives (and deaths). Apart from Kate Atkinson’s writing style, which I love very much, she also gives her readers detailed (but never tiringly so) insight into what life was like in the particular time and place Ursula finds herself in for each chapter.

I not only highly recommend “Life After Life” as a Very Good Read, but I also found the information I found on the author’s website (including a youtube interview) well put together and very interesting. Some of it can also be found in the book itself; there is an "author's note" at the back which is something I would like to read in every good book.
Posted by Librarian at 18:56