We have now reached Thursday, Sept. 23, and looking at the photos I took that day made me decide to split this post up into two parts instead of turning it into one very long post. (Also, I am going to travel to O.K.'s in less than two hours and don't have the time to write it all up.)

The day began very cold at 2C (that's near freezing temperature) but would later warm up to almost 20C in the sun.

We chose another one of the recommended hikes from our leaflet and left the hotel in the direction of Bad Hindelang, the next town from our village.

The path started out across pastures with a view over the lower part of the valley, with Bad Hindelang right in the middle. 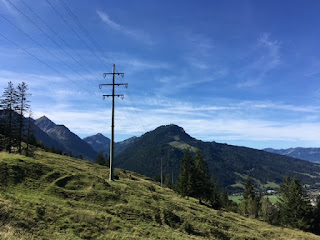 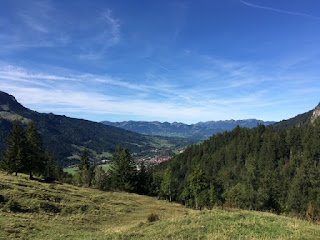 It then dipped down into woodland and along a beck that turns into a rather wild stream in spring, when the snow on the mountains melts. Here, much of the path was extremely rocky and very narrow; along the walls of the ravine, iron hooks and steel ropes had been set up so that hikers could hold on to them - and we needed them! My pictures show only the easier parts of the path, as I did not stop to take photos while clinging to the steel rope ;-) 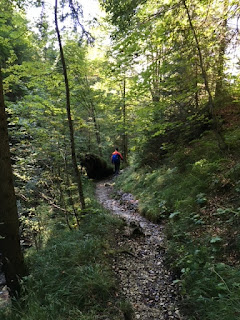 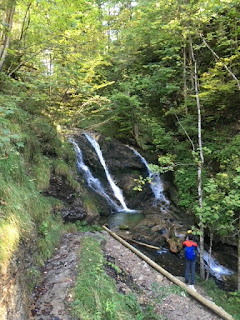 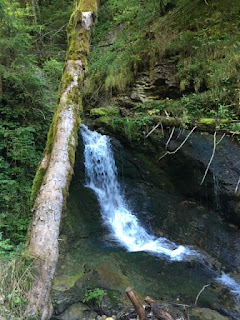 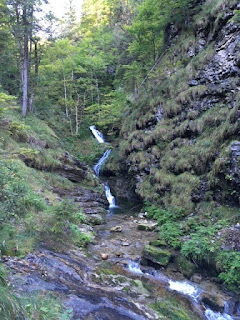 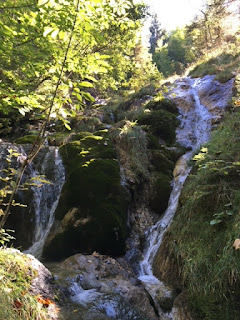 Coming out at the bottom of the ravine, we arrived at the village of Oberdorf, a suburb of Hindelang. The statue of a stag is in front of a luxurious hotel overlooking the valley. 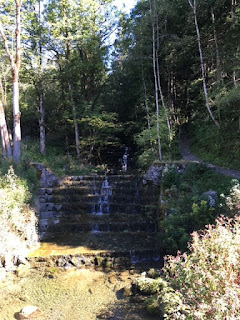 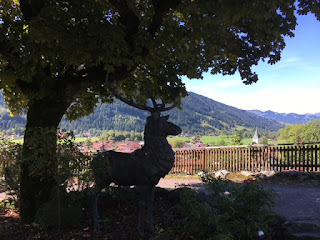 I really liked Oberdorf; its houses and gardens were so well kept and its small, independent shops looked inviting. Untypically, its small village church is on the outskirt and not in the middle. 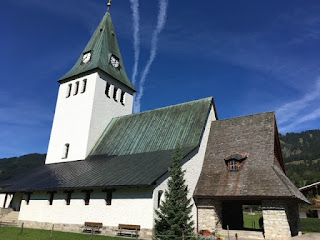 The inside is a mix of (very) old and relatively new with unusual colouring on the wooden panels and beams; we liked it and spent some time there before walking on to Hindelang - you'll see that in my next post, probably on Monday. 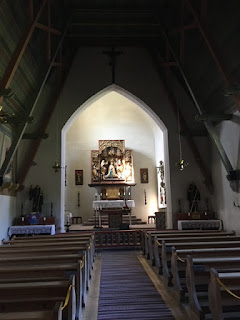 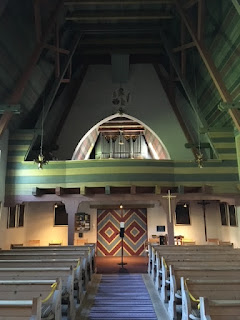 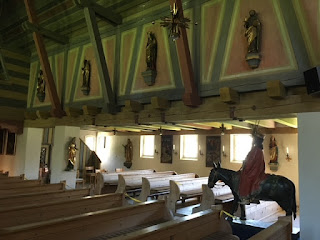