Sounds a bit odd, doesn't it? That's my fault - I have been thinking about how best to translate "Leuchtende Traumpfade", the title given to a festival held in Ludwigsburg's palace grounds from the end of October until next Sunday. "Lit-up dreamy paths"? "Illuminated paths of dreams"? Never mind the name - it was beautiful!

This festival was originally planned for last year but then did not come about due to the pandemic. When it was announced that it was going to go ahead this year, my Mum immediately said she wanted to go, and so one November evening (on the 17th, to be precise) after work, my sister and I met up with her at the main gates of the palace grounds.

The palace grounds are vast, and the "paths of light" do not cover the entire ground. Instead, things are arranged so that visitors can follow a sign-posted round trip of about 1.5 km. Of course it is not easy to take good pictures at night, but between my sister and myself, I have manged to cobble together this post and give quite a good impression of what it was like. As a rule of thumb, you can say that the better pictures are my sister's, and the more blurry ones are my own. 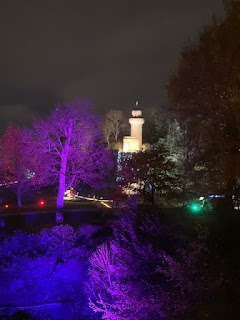 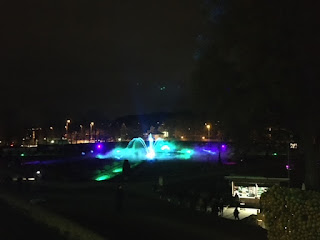 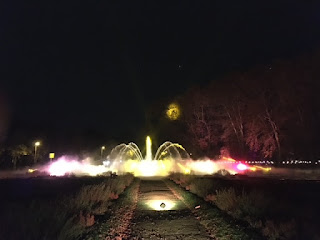 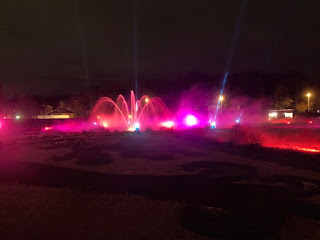 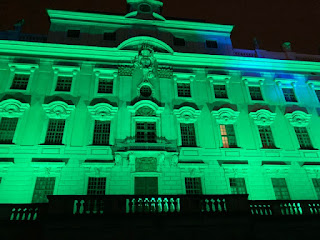 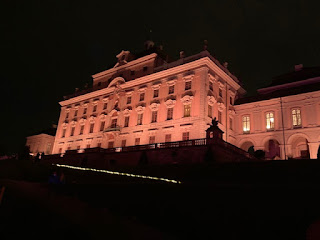 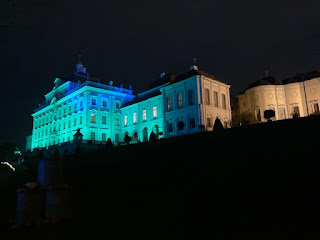 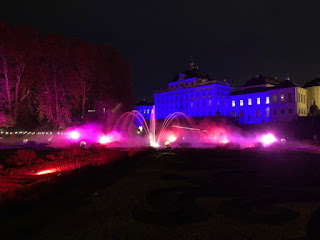 I loved this bit particularly - there was a bubble blower at the side of the path, and the stream of bubbles was lit up. Enchanting! 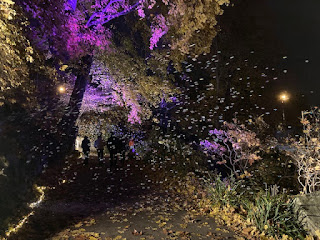 The decorative castle (it never was a real castle, but only built as a folly) had a waterfall and a "lightfall" coming down the rock it stands on: 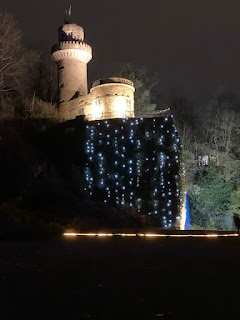 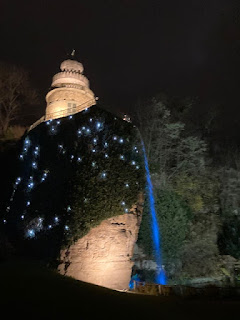 The circuit did not actually lead up to this small temple, but it was illuminated and looked very pretty: 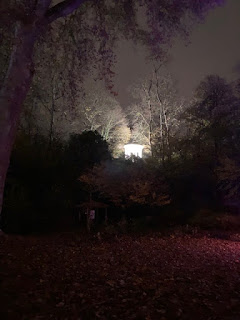 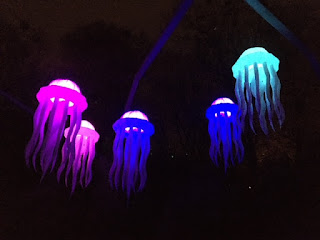 Visitors from the Deep Sea! Their tentacles were slowly moving in the wind, really making it look as if they were in the water. 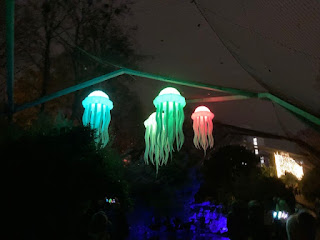 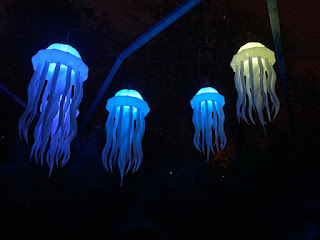 We took a rest in the orangery, which was open and showing Christmas decorations. 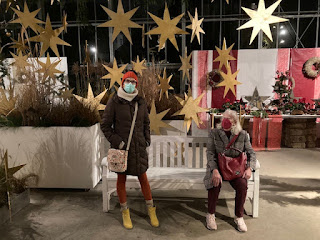 Last but not least, the tree-lined main path connecting two different parts of the palace grounds was like a tunnel of light beams, in constant movement. 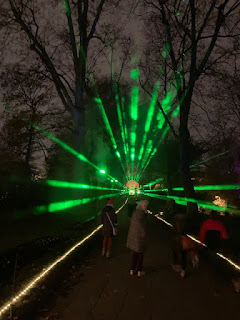 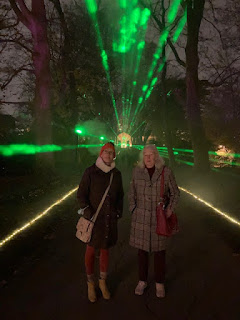 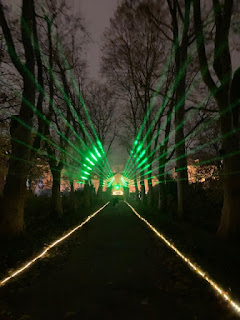 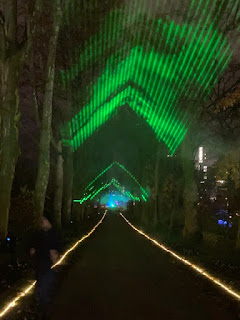 It was an enjoyable couple of hours, and I am really glad we went. As you can see, there were other visitors about, but not too many; we always felt safe and comfortable, and of course everyone was checked at the gates.

My sister and I waited with our Mum at the bus stop before we walked home, and as the bus pulled up and the door opened, I saw that the driver was a friend of mine - he drove our Mum home safely, and later even sent me a quick message to let me know he had dropped her off at her stop as requested :-) Of course he would have done that anyway, but it was nice to see him and have a (very) brief chat.

That evening, we did not yet know that the Christmas market was going to be cancelled; all the more I am now glad we had at least this outing together.