I am so behind with posting that I decided to write one post with only brief reviews of my last three reads.

With everything that has been happening here since September, I have once again become a slow reader; not slow as such but in that more often than not, I found it hard to focus on a book and so most of my reading was in small bits and bites during train trips, waiting at stations and so on. 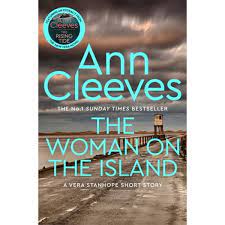 #28: The Woman on the Island by Ann Cleeves

Many of you will know that Ann Cleeves is the creator of Detective Vera Stanhope, made more famous by the TV series "Vera". I have always liked the series (and the character, played by the wonderful Brenda Blethyn), and when I saw this free ebook at the Kindle shop, I downloaded it.

It is only a short story and not a fully fledged Vera case, meant to be a teaser to get readers interested in buying the series.

Vera decides to get away from everything for a while and visits Lindisfarne, an island where her father often took her as a girl. She meets a mysterious woman, and eventually figures out what sort of relationship there was between her father and the woman.

The story makes a good atmospheric read with the island setting at an off-season time, and gives the reader an idea of what Vera's youth was like.

I don't believe i need to tell you more about the author; her website is here. 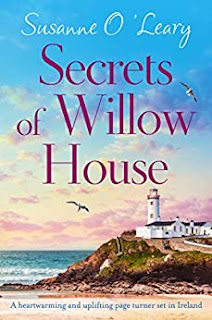 One more example of a free first book in a series. It made for light reading and did not require much concentration, which was just what worked for me at the time.

The story follows the well tried and tested blueprint of a young woman who, for various reasons, has to get away from her stressful city life and returns to the idyllic remote place of her childhood, where of course she does not only bump into the guy she knew as a teenager but also uncovers a family secret, and while she's at it, opens up a whole new future for herself, her elderly aunt and... you guessed it, the man she falls in love with.

The author was born in Sweden but has been living in Ireland (where the Willow House series is set) since 2002. You can find out more about her and her books here. 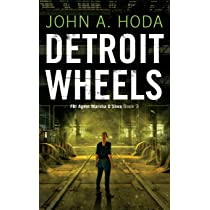 For a change, I read a crime trhiller set in the US. Admittedly, the writing style left something to desire; the book would have much profited from professional editing. It is book 3 in a series about FBI agent Marsha O'Shea, a troubled young woman who is struggling with alcoholism but proves to be an eccellent team player and can trust her instincts when it comes to solving crimes.

In this book, she is after a serial killer who murders one Muslim woman every year on September 11. For the reader, the connection jumps out instantly, but it takes months of very hard work for Marsha and her partner to find the culprit. Obstacles are thrown her way all the time, and in the end not just the case is solved, but a web of corruption and cover-ups throughout various institutions of law enforcement is untangled.

More than once I thought about not finishing the book, but I found the descriptions of the agents' actual work quite compelling. Needless to say, this book was for free; I doubt I will look into any other of the series.

According to his website, the author is a former Police Officer, Insurance Fraud Investigator and for the past 25 years has run a successful Private Investigations business, and that reflects on the book.