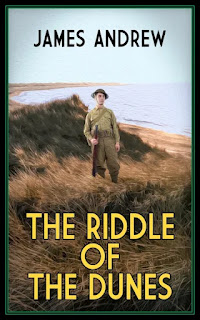 #18: The Riddle of the Dunes (Inspector Blades Mystery #3)

Not long ago, the topic of World War I and conscientious objectors has been cropping up on one or two blogs I have been reading as well as in books; this was one of them, and much of what I already knew about them was brought up in the story.

The book is set in a small Yorkshire seaside town a few years after the war, when many former soldiers have not managed to pick up their pre-war lives but are forced to roam the roads as homeless tramps.

Was it one such tramp who killed the young woman found in the dunes? What about similar killings that shocked the town a few years back - a suspect was convicted and hanged for them, but was it the right man?

Inspector Blades has a list of suspects ranging from the victim's own brother to her fiancé, a "conchie" who nobody seems to have much good to say about, to an elusive violent tramp the other tramps are scared of.

The book is not only about the inquiry, but the reader learns about life between the two wars and how the war had changed things forever. Women police officers were still a novelty, and although fingerprints were well known as possible evidence by then, DNA was not yet part of an investigation; detectives still had to rely much more on their own skill than anything else.

I liked Inspector Blades and the well researched portrayal of the time. If I come across another book of the series, I won't mind reading it; the only thing I would have liked different was the frequent repetition of things. For instance, the inspector's thoughts would be in one chapter, and in the next chapter, he would repeat them all to his sergeant; it seemed quite unnecessary.

The author's website is here; he also has a blog but there are no entries after April 2021. 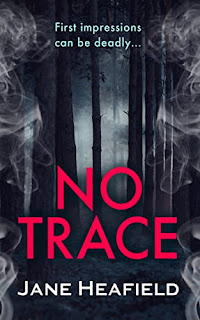 Although called a short story, it is actually a short novel, featuring DI Liz Miller investigating the case of a missing woman, reported by her worried husband.

It was my first book by this author, and I wonder whether her other books are similar. This one focuses much more on police procedure than on the people in the stories. To me, most characters (including the DI) remained rather flat; I did not really come to like or even care about any of them.

Still, the way the mystery is solved has its moments, and reading this free ebook was not a waste of time.

I like what the blurb I found on a website says about her: "Jane Heafield was born and raised in South Yorkshire, where she works as a scientist in a busy hospital. When not using a microscope or a TV remote, she likes to write. Plotting for her novels is done with a voice recorder while strolling around English Heritage sites."