Last of June, First of July

Last week was as varied in weather as it was in activities.

On Monday, June 27, my trains home were almost punctual. There were several showers during the morning and early afternoon with sun in between. I spent the evening with my Dad so that my Mum could attend the farewell event for her former boss at the library. An era ends with him retiring; he used to be my boss as well when I still worked there.

Tuesday, June 28, was pleasantly warm without being too hot. My sister and I went for a walk in the palace grounds together after work and then concluded the evening at my place, sharing my leftover tabouleh from the Sunday. 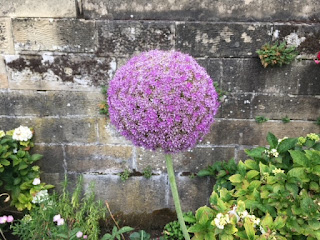 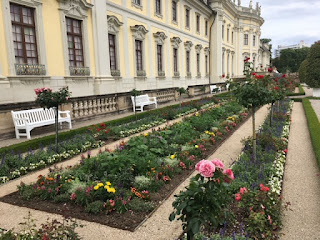 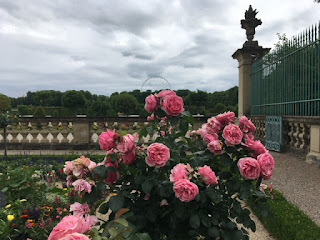 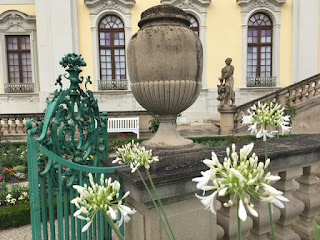 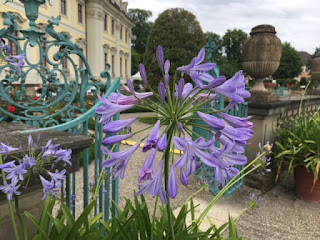 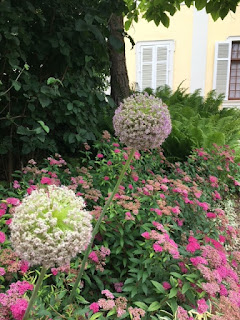 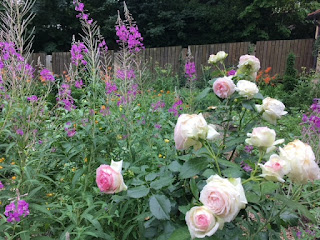 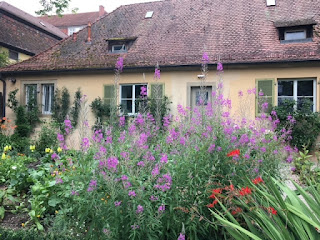 I met up with the partner of my late friend Martin on Wednesday, June 29. Although it is nearly 13 years now since my husband died, his death was as sudden as Martin's, and so I can relate very well to how Anne felt (and still feels). She chose to meet at the pub, and with the evening being sunny and beautiful, we were able to sit outside and have a good long heart to heart. Hopefully, it helps a little bit - it is the least I can do. We also talked about one or two ideas for what we can do to honour Martin's memory with his group of friends here in Germany, since we weren't able to attend his funeral in England.

Comparing notes with Anne reminded me of things about those first few weeks after Steve's death, some of which I had not forgotten but very much pushed to the back of my mind.

It was above 30C on Thursday, June 30, with a thunderstorm passing through late afternoon/early evening. By the time the main news on TV were over, so was the thunderstorm, I took advantage of the last hour and a half of daylight and went for a walk on the fields. Everything looked a bit fresher out there after Monday's showers and the thunderstorm. 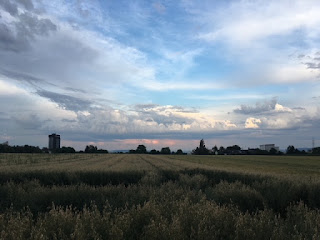 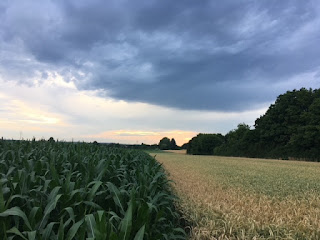 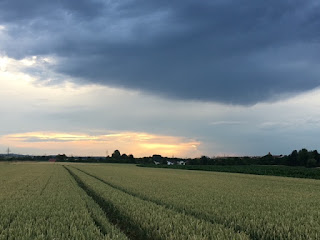 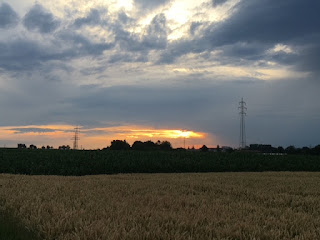 Friday, the 1st of July, was sunny again but not too hot for an after work walk with my sister, wrapped up by an hour or so at what has become our favourite hangout near the station, the recently opened industrial area I have mentioned a few times now. They have the best chips (french fries) in town, we think, and so our evening meal was settled. 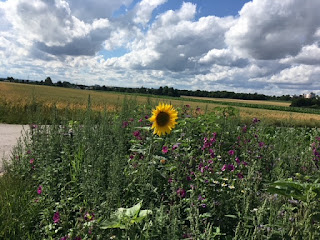 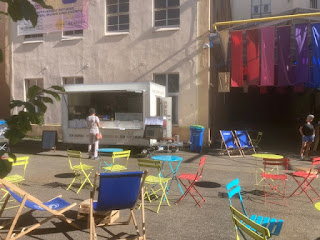 I spent a leisurely morning on Saturday, 2nd July, with household stuff and other things before taking the trains to O.K. After a delay of about 20 minutes, we still had all afternoon to relax on the balcony before it was time to do our shift at the village fête - the first since 2019. Once again, we manned a stall selling Flammenkuchen (pictures in my 2019 post). Our shift started at 9:00 pm and ended at 2:00 am on Sunday morning, with us selling the last batch of Flammenkuchen at 1:45 am before starting to clean up. We had sold around 120 "cakes" by that time.

Because we had gone to bed only at around 3:00 am, Sunday 3rd July saw us sleeping until 10:00. It was still pleasant enough then to have our first coffee on the balcony. Most of the very hot day was spent resting, before we walked down the village for a cold drink at the fête mid-afternoon - also to look at how everyone was getting on at their stalls, and to chat with a few fellow musicians and neighbours of O.K.'s.

After a delicious evening meal of oven-baked summer vegetables with goat cheese at home, O.K. went back down to help with the dismantling of the stalls. Next year the fête will be held at one of the neighbouring villages - if circumstances allow.

I spent the evening alone on the balcony, being very lazy, reading and watching the sunset until O.K. returned after 10:00 pm. We had one last cold drink on the balcony before it was time for bed; the alarm was set for 5:15 the next morning. 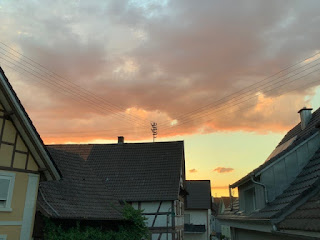